Learn MoreAboutContactsubmissionsStore
Thank you! Your submission has been received!
Oops! Something went wrong while submitting the form
© Copyright 2009-2019 INHERITANCE media. All rights reserved.
INHERITANCE media is a non-profit organization (Tax Id: 46-1132576)
ISSN 2380-324X (print) | ISSN 2380-3266 (online)
Online
From Media to Mind (and Back Again)
Cycles of Racism
By Der Lor
in
Current
Jun 20, 2018 | 4 min read 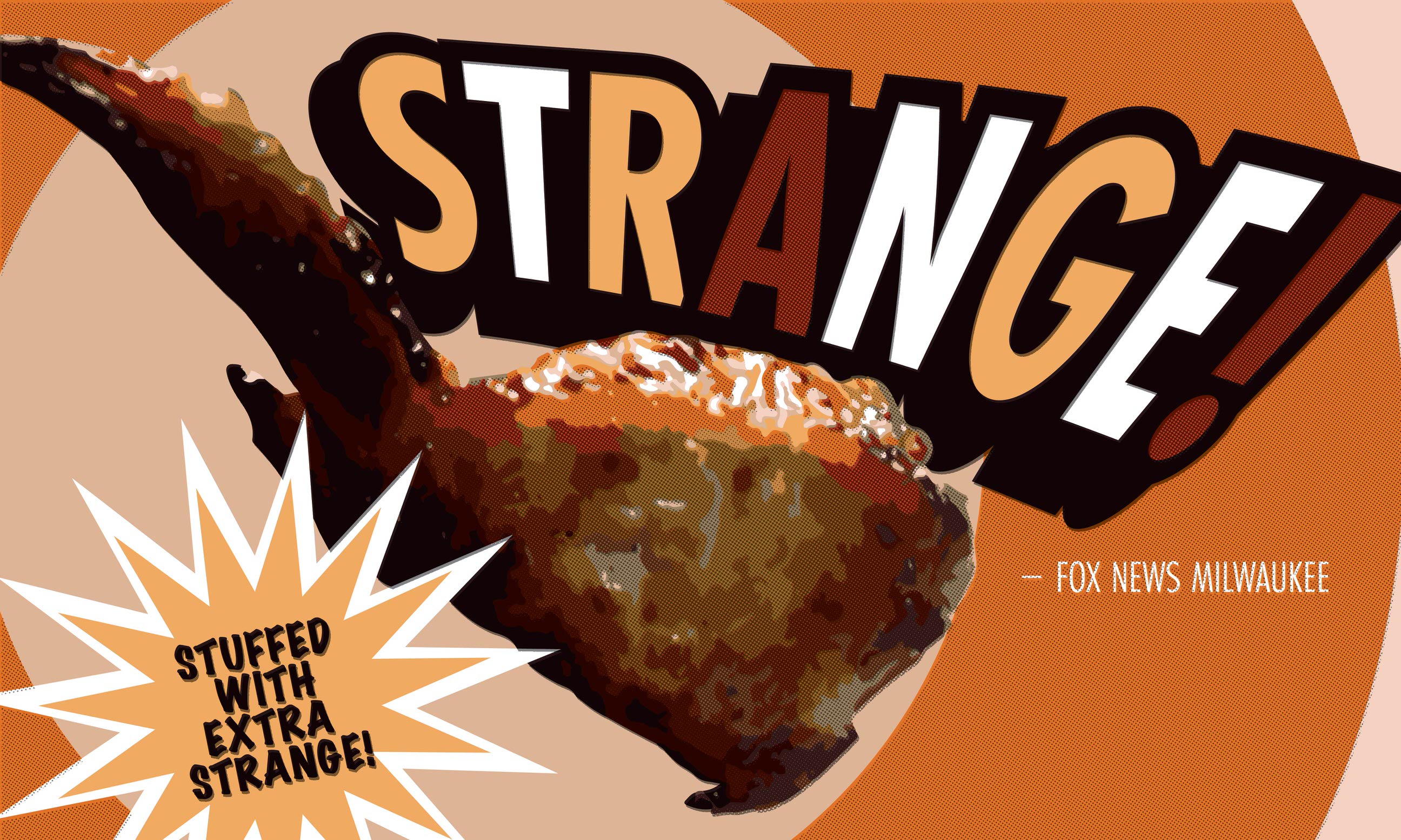 I am a 1.5 generation Hmong American who spent nearly thirty years of my life in southeastern Wisconsin. The memories of racial aggressions I experienced during those years have not escaped me. When I was a young boy in Fond du Lac, someone vandalized our garage door with racially charged graffiti. Another time, I went over to a white friend’s house and his grandmother kept referring to me as “brown boy”. My skin color is not even brown, but her point was that I wasn’t white. And the number of times a random white person asked if I eat dogs has exceeded my capacity and desire to keep count.

Even as a child, the message I constantly received was clear: I didn’t belong in the majority spaces of my surrounding community. I was “other,” and “others” were marginalized.

I didn’t belong in the majority spaces of my surrounding community. I was “other,” and “others” were marginalized.

When our family moved to Oshkosh, we enrolled at an all-white school in the small town of Winneconne (both are located in southeastern Wisconsin). Occasionally, in the semi-empty hallways of Winneconne High, I would hear one or two people yell “gook” and “chink” and then sheepishly disappear around the corner. These signs of “not belonging” continued expanding until it became the very backdrop to my interactions with the majority culture.

Beyond my personal encounters with racism, bumper stickers that read “Save a deer, Kill a Hmong” began to appear at the stretches of highways north of Eau Claire in northwestern Wisconsin. This was part of the rural, white community’s response to the trial of Chai Vang — a Hmong deer hunter who had unknowingly trespassed on private property, was met with racial aggression, and subsequently shot and killed a party of six white hunters in 2004. Vang, who had trained as a sharpshooter with the California National Guard, claimed that the white hunting party had fired the first bullet before he acted in self defense and took their lives. Vang was sentenced to life in prison on six accounts of first degree murder in 2005.

With ample local coverage of Vang’s trial, whatever racists attitudes Wisconsin residents held toward Hmong Americans were then exacerbated.

So, it was with urgency that I responded to local Fox 6 News Milwaukee and their coverage on Hmong stuffed chicken wings, released on May 21, 2018.* The original title of the article read: “The unique food item that looks strange but tastes so good, it sells out in minutes.” Although the article was intended to shine a positive light on Southeast Asian or Hmong American food, the single word “strange” in the title became problematic for various reasons (although not all Hmong Americans agree with this being the case).

Although the article was intended to shine a positive light on Southeast Asian or Hmong American food, the single word “strange” in the title became problematic for various reasons.

Let us be clear, then, that the mere individual perception of an unfamiliar food as “strange” is not the site where damage is done. Certainly, no individual is expected to be familiar with all of the world’s diverse foods. Instead, the real issue is that Fox 6 News Milwaukee, a broadcasting station, inadvertently communicated to all of southeastern Wisconsin that Hmong food, and thus Hmong people and their customs, are outside of what they consider to be “normal”.

Fox 6 News Milwaukee, a broadcasting station, inadvertently communicated to all of southeastern Wisconsin that Hmong food, and thus Hmong people and their customs, are outside of what they consider to be “normal”.

By using the word “strange”, there is an implied author and audience who share a common understanding of what constitutes “normal” food, of which Hmong Americans play no part. It is neither written by the Hmong nor for the Hmong. Yet, some Hmong Americans will dismiss this because they've judged white legitimation of their culture as the larger prize (e.g., “stop complaining, at least we’re being recognized”). All the while, the resulting effect of this language further marginalizes Hmong Americans from the larger majority.

The concrete effects of this marginalization occur when Hmong Americans go out in public and are asked questions like, “What’s your ethnicity?” or “Where are you from?”  To which, we would reply: “Hmong.” The person asking might respond with: “Mung ... Ha-Mong ... Mongol ... I don’t think I’ve heard of it. Oh wait, Hmong! I once read in an article that you guys eat some kind of strange chicken, right? Oh, and I’m sorry I didn’t mean to offend you if I did ... ”

In Wisconsin and the Midwest, this kind of microaggression is not only plausible, but it’s common. Microaggressions can be defined as " ... verbal, behavioral, and environmental manifestations of bias; although they are often unintentional or unconscious, they communicate a spectrum of negative messages, primarily to people of historically marginalized groups.”** It is when these microaggressions are linked to certain media coverage that the real damage is done, in addition to more blatant forms of racism. When experienced and accumulated over time (as is the case with my thirty years of living in Wisconsin), microaggressions can lead to symptoms resembling post-traumatic stress disorder.***

Microaggressions are linked to assumptions of “white normativity”. According to an article by the California Law Review, the basic principle of white normativity is summarized as, “white people are people, and the members of other racial groups are people to the extent they resemble white people ... Whiteness defines the normal or accepted range of conduct and characteristics, and all other racial categories are contrasted with whiteness as deviations from the norm. As a result, whiteness sits at the center of racial categorization.”****

Microaggressions are linked to assumptions of “white normativity”.

Assumptions of “white normativity” create the logic that says unfamiliar foods from unfamiliar people are “strange” because it is not the food “normal Americans” eat. The article was written from within their own cultural particularity (whether or not they realize this particularity) while masquerading as “universality”. This kind of logic, though subtle, compounds toward a marginalizing effect on ethnic and racial minority groups.

It is these subtle forms of marginalization in the media that create easy pathways to more blatant forms of racism — such as yelling “gook” and “chink” — or parading bumper stickers that encourage killing Hmong Americans instead of deer, as in the case of Chai Vang.

It is these subtle forms of marginalization in the media that create easy pathways to more blatant forms of racism.

This toxic cycle from media to mind (and back again) malforms Americans to keep Asian Americans on the fringes of society. It is my hope that Fox 6 News Milwaukee’s final decision to jettison this single word “strange” may prevent future minds from being sickened by this subtle yet marginalizing portrayal of Hmong Americans.

* Other Southeast Asians such as the Vietnamese and Thai also have renditions of a “stuffed chicken wing”. This food item is not exclusive to the Hmong community.

Der Lor has held ministry leadership and worship positions at two different churches in southeastern Wisconsin. He loves exploring the relationship between cultural context, theology, and ministry. Der has spoken at conferences on topics relating to multi-ethnic ministry, musical worship, and racial/ethnic identity and Christian faith. Der is married to Alice. They currently reside in the Twin Cities, MN.