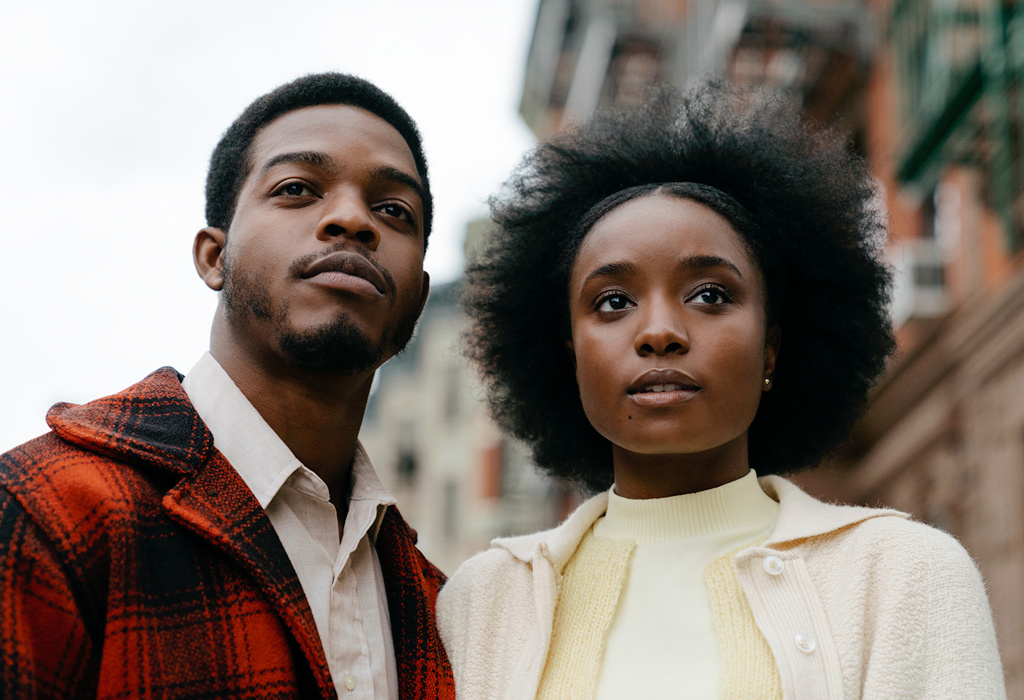 “Love brought you here. If you trusted love this far, don’t panic now. Trust it all the way.”

Director Barry Jenkins’ film, “If Beale Street Could Talk” (2018), stays faithful to the central theme of love in James Baldwin’s original novel while adding Jenkins’ own voice. This quote is delivered by Sharon, played masterfully by Regina King, while she reassures her daughter that suffering does end. The final phrase of this line, “Trust it all the way,” is Jenkins’ addition.

“If Beale Street Could Talk” follows the story of Tish, played by Kiki Lane, a 19-year-old woman in Harlem who is carrying the baby of her betrothed, Fonny, played by Stephan James. Fonny has been wrongfully imprisoned and charged with the rape of a Puerto Rican woman, Victoria Rogers, played by Emily Rios. Their suffering is palpable and frustrating, but the film is not imprisoned by the injustices surrounding its characters’ lives. Instead, Jenkins offers his rendition of a song of love and family by focusing on the characters’ resilience and their capacity to create beauty in the midst of suffering.

Jenkins offers his rendition of a song of love and family by focusing on the characters’ resilience and their capacity to create beauty in the midst of suffering.

The various characters in Tish’s family show the viewer how to trust in love all the way. Her father, Joseph Rivers, played by Colman Domingo, reminds Fonny’s father, Frank Hunt, not to worry about not having money. In a moment of comedy, Joseph asks him, “Have you ever had money? No? Then why start worrying about it now?” Joseph continues, “These are our children, and we gotta set them free.” Joseph knows that his love for Fonny, Tish, and his grandchild binds him to do everything he can to bring about the freedom for the next generation. While the audience is enraptured by the tenor of Tish’s father’s love, Jenkins is delivering an indictment to the human family. Where have we failed as members of humanity to set the next generation free?

In our society, we “imprison ourselves,” Baldwin says in “The Fire Next Time”, “in totems, tattoos, prices, blood sacrifices, steeples, mosques, races, armies, flags, nations.” The walls we build for our own protection ironically end up becoming the walls of our own imprisonment. This idea is further illustrated in the film when Tish visits Fonny in prison and laments that it is not just Fonny, but her too, in prison. They are both imprisoned by their separation. The dehumanizing glass preventing Tish from hearing or touching Fonny keeps them both from loving one another and living their lives together. Tish even compassionately laments on our behalf, “I hope that nobody has ever had to look at anybody they love through glass”.

This struggle to look at people and love them through the barriers we have created in society is a key theme in the story. Tish’s mom, Sharon Rivers, attempts to elicit compassion and help from strangers in order to see Fonny and Tish and then to love them by setting them free. She carries with her a photo of Fonny and Tish, happily smiling and holding one another, and implores others to help by asking them to “please, look at this photo.” Some people, such as Fonny’s accuser, Victoria, and her spouse, Pietro, struggle to look at the photo. They cannot see past their own suffering to really see Tish and Fonny. They turn away from the path of love and compassion and instead choose the path of self-preservation, thus condemning Fonny and Tish to imprisonment.

On the flip side, other people, such as the Jewish landlord, see and embrace the love that Tish and Fonny have for each other. The landlord agrees to rent a loft to Tish and Fonny because, he says, “I just dig people who love each other.” He is able to recognize, across race, the beauty of love in relationships. Hayward, the white lawyer, sees Fonny and Tish for who they are and chooses to defend them, even as it makes him vulnerable to the suffering of their family. He opens himself up to the pain the justice system causes Black people in America. Tish tells him that he is now “family,” which is the greatest gift she can give to him.

What does it look like to trust in love in our world today?

This movie prompted me to question, what does it look like to trust in love in our world today? The day after I watched this film, I went to a Chinese and Taiwanese immigrant church in the Bay Area with my mom and dad. As I fumbled through the songs with this congregation of older immigrants, I wondered, do I really see the people here? What are the songs of my community? We do not sing the jazz of Beale street, but we have our own songs, our own desires, and our own rhythms of life and family.

As a second generation Taiwanese-Chinese-American, I constantly feel the glass barriers that imprison my ethnic community. The constant threat of exclusion looms over us. My parents must conform to the language and customs of this country or be excluded or, worse, imprisoned or interned as if they were not citizens. They turn to the next generation – to my peers and me – to somehow both carry the torch for our traditional culture and be fully American. While learning to speak both Mandarin and English is difficult, it is far more challenging learning to carry Eastern and Western cultural values at the same time. The Eastern voices in my head tell me my decisions are too self-centered, too individualistic, and too frivolous. The Western voices in my head tell me my parents and their peers are too uptight, too foreign, and simply not “cool” by American standards. The self-rejection I carry is a glass barrier within myself, not allowing me to fully love myself or my family.

The Western voices in my head tell me my parents and their peers are too uptight, too foreign, and simply not “cool” by American standards.

“If Beale Street Could Talk” asks me to take another look at my own community and to tear down glass barriers that destroy life. It asks me to be moved by love to fight for freedom, to rally against anti-immigrant and anti-refugee rhetoric and policies — for the liberation of all races and ethnic groups. It moves me to answer the call of love and to tear down the policies that continue to dehumanize and over-police black and brown neighborhoods. Do we see each other? Can we look at each other with the tenderness that Tish and Fonny hold for each other?

The film’s different ending can be interpreted in different ways. One interpretation could be that Jenkins wanted to bring more closure to Fonny’s legal proceedings. My interpretation is that this is Jenkins’ nod to the passage of time between the writing of the book in 1974 and the release of the film in 2018. Over these 44 years, some things have remained eerily the same, as if time has stood still in the tension between white police officers and black neighborhoods, while other things have changed, such as the gentrification of Harlem and the worsening mass incarceration rates of black Americans. The rate of incarceration has “more than quadrupled since 1970,” according to an Economic Policy Institute Report.* This growth has been driven by the increase of stop and frisk policies, which have resulted in black men being incarcerated at six times the rate of white men. If Baldwin would have written his novel today, I am sure he would have also addressed the violence of gentrification that is currently ripping through Harlem. It is displacing black and brown communities who have lived there for generations and sending the message that only those who can afford luxury apartments belong in the area.

“For, while the tale of how we suffer, and how we are delighted, and how we may triumph is never new, it always must be heard. There isn’t any other tale to tell, it’s the only light we’ve got in all this darkness.”

Jenkin’s conclusion in the film sends the message that the doors are closing on young black men. If Fonny’s fate was uncertain but still unfinished at the time of Baldwin’s writing, his fate is more bleak at the end of Jenkin’s film. The baby did not wake the dead in the past 44 years. He is running out of time to be heard and to be loved.

At Baldwin’s funeral, a quote from one of his other novels, "Sonny’s Blues", was read, “For, while the tale of how we suffer, and how we are delighted, and how we may triumph is never new, it always must be heard. There isn’t any other tale to tell, it’s the only light we’ve got in all this darkness.” This tale has been told countless times by activists, authors, professors, journalists, prisoners, those wrongly accused and later exonerated by DNA tests, and many others. Today, we are in a slightly different era from Baldwin’s. We are sitting in the visiting room. We have failed to free the children of Baldwin’s era. It is up to us to free the children of our era. Jenkin’s film is told in a slow, deliberate pace to force us to pause and wake up. We must be forced to look at Tish and Fonny and to choose if we will fight for love. Will we dismantle racial injustices and tear down the glass barriers of our own imprisonment? Because this is what it means to trust in love all the way.

Wendy Hu-Au is the associate pastor of Metro Hope Church in Harlem and a senior associate director for alumni relations at Columbia University. She is originally from Santa Barbara, California, and the daughter of immigrants from Taiwan. She is passionate about serving people on the margins as well as spending time outdoors. She loves taking her family on camping trips and collecting junior ranger badges at National Parks.