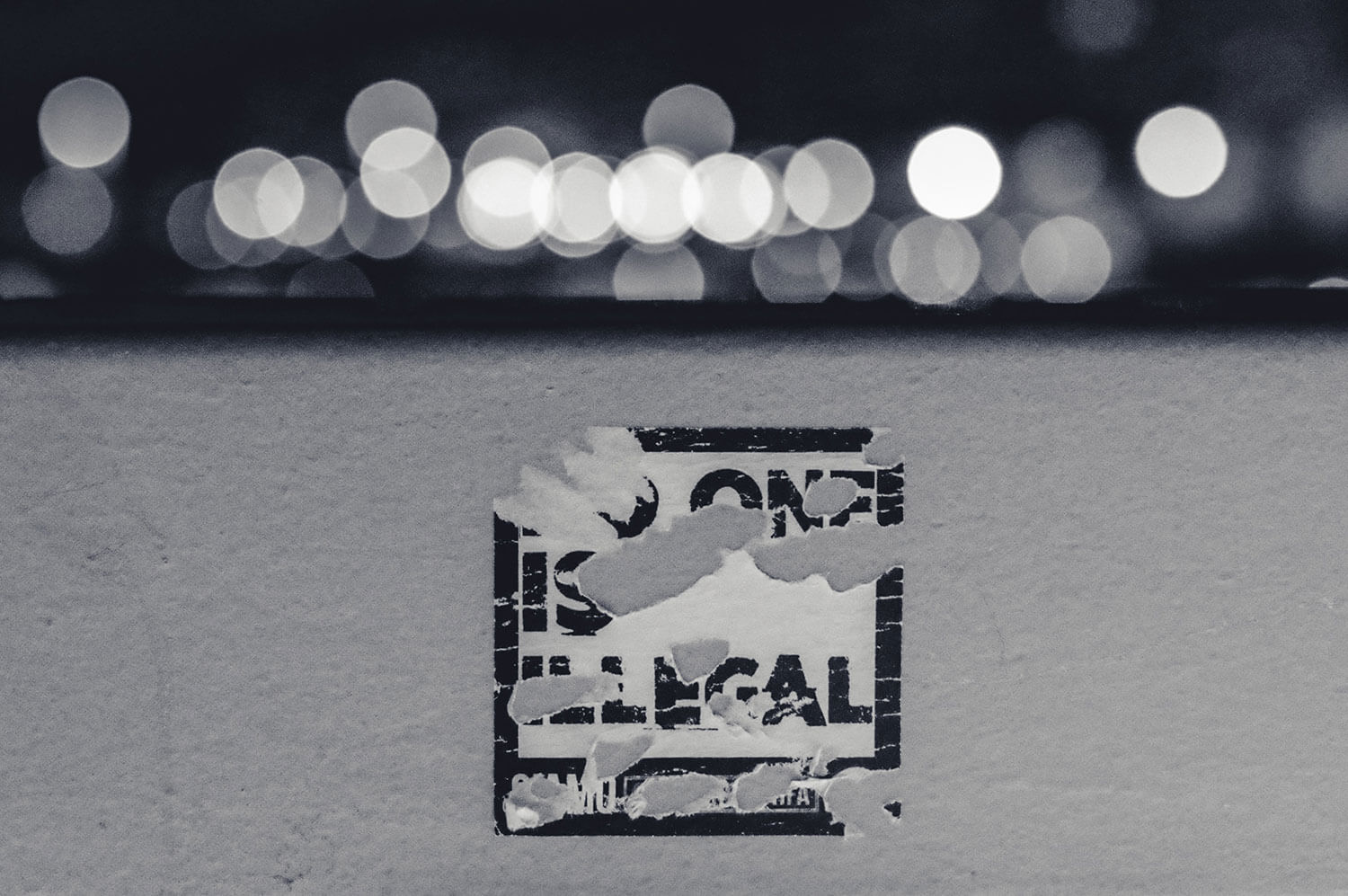 On February 6th, 2020, Dr. David Gushee will deliver the annual Incarnational Ethics lecture at McCormick Theological Seminary. In a presentation about the political responsibility of churches, Gushee will contribute to a seminary initiative designed to “articulate Christian ethics grounded in social justice and embodied encounters ... recognizing the sovereignty of God over all of life”. In a political era defined by authoritarian politics, endemic anti-blackness, and hastening economic predation, such initiatives are crucial for advancing theological conversations about creating lasting justice in the world.

Gushee, a religious ethicist and former President of the American Academy of Religion, is known in particular for his scholarship of the Holocaust — his 1994 profile of the “Righteous Gentiles” who shielded their neighbors from Nazi persecution earned him widespread recognition. I first came across Gushee’s work when he keynoted a major LGBTQ Christian conference in 2014. As he told me in an interview later that winter, his research is “interested deeply in the Christian faith as either leading to profound commitment to justice and human dignity for all, or, tragically, as underwriting indifference, complacency, and privilege”. Gushee’s recent research has sought to place African American literature and prophetic witness into corrective conversation with the moral failures of white evangelicalism.

As an alumni of McCormick and a current Adjunct Faculty member, I am eager to engage in pressing conversation with our visiting scholars. I hope that Dr. Gushee will welcome my concerns, specifically in regards to an article he published in the spring of 2017 entitled: “An ethical analysis of the ‘New Sanctuary Movement". In this piece, Gushee publicly responds to a request for his church to join the Atlanta branch of the new sanctuary movement, a coalition that urges Christians to offer physical shelter to undocumented immigrants in an unprecedented age of Immigration and Customs Enforcement (ICE) roundups and mass deportations.

While expressing interest in immigration reform, Gushee ultimately advances a centrist, incrementalist tack, urging churches to pursue gradual policy solutions to the immigration crisis instead of engaging in “lawbreaking”.

In his writing, Gushee argues that congregations should not feel morally compelled to protect those who are under threat by ICE: “despite my sympathy for undocumented immigrants ... we are talking about noncitizens, who are here illegally”. He cautions that to name deportation policy “obviously ‘unjust’ and ‘discriminatory’ or motivated by ‘fear’ or ‘hatred’” would be to make an unfair, “blanket claim”. Several months into the Trump Administration’s accelerated and explicit targeting of Muslim and Latinx communities, Gushee goes on to suggest that civil disobedience would only be justified “if our government were to start targeting and deporting a group of its own citizens, such as Baptists or Jews or Mormons or Muslims or citizens of Swedish or Somali descent”, thereby violating “the Constitution and American laws”. While expressing interest in immigration reform, Gushee ultimately advances a centrist, incrementalist tack, urging churches to pursue gradual policy solutions to the immigration crisis instead of engaging in “lawbreaking”.

Gushee also cites Scandinavia as a supposedly neutral example, arguing that God’s abiding love for every human being “does not mean that, say, Finland has a moral or legal obligation to let me live there indefinitely in violation of their immigration laws”. To set aside for a moment the ancient and fraught question of how Christians should relate to the nations in which we live, the United States is definitively not like Finland. The United States, like South Africa, Australia, Israel, Canada, and New Zealand, is a settler colonial state — a nation founded by continually dispossessing indigenous peoples from their lands while overwriting native histories with an “enlightened”, multicultural narrative. Activists use the phrase “no one is illegal on stolen land” to highlight the hypocrisy of a nation formed through land theft and unsanctioned settler migration to subsequently enforce deportation policy against vulnerable groups.

Activists use the phrase “no one is illegal on stolen land” to highlight the hypocrisy of a nation formed through land theft and unsanctioned settler migration to subsequently enforce deportation policy against vulnerable groups.

In response to writer AnaYelsi Velazco-Sánchez’s concerns that privileged voices should not dictate the terms of engagement on matters that affect the marginalized Gushee reemphasized his view that churches should merely not refuse ministry participation to the undocumented, and insisted that he had been uncharitably interpreted: “we are in [an] all-or-nothing cultural moment, and perhaps the nuance was lost”.

Gushee’s stance itself betrays a lack of nuance in its devastating ignorance of American immigration history, and white Christian supremacy’s central role in organizing it. The white American body politic has long construed migrants of color as alien objects, vectors of physical infection or moral disease — and has historically utilized deportations selectively as a part of the same political project accomplished by mass shootings of people of color by white gunmen. U.S. immigration law is the immediate, direct descendant of these racist abuses of state power, of the violent discourse of eugenics, and of a yet-living, imperial worldview that places the West as master over the Open Veins of Latin America, the Inscrutable Orient, and the Dark Continent.

The 20th century ethicist Reinhold Niebuhr’s argument that powerful groups maintain strong-self interest remains incisive. Yet this observation did not empower him to effectively speak out against the crises of lynching and segregation. Similarly, Gushee’s scholarship on the resistance of fascism in wartime Europe has not translated into an ability to recognize and respond to the white supremacist terror just down the street. James Cone’s concern for white theologians embarking upon ethical reflection from a position of entrenched whiteness remains salient: we do not deliver objective ethical analyses from a place of neutrality, but from specific vantage points. Gushee’s argument can be made in good conscience only by someone for whom the racism of the police state is a research subject, someone who has never had to be afraid of that inevitable day when, in Cone’s language, Whitey comes knocking.

As a Japanese American, I recall how almost no white Christian leaders spoke up to oppose the mass incarceration of our families, and the trauma that resulted from our neighbors’ calculated silence.

As a Japanese American, I recall how almost no white Christian leaders spoke up to oppose the mass incarceration of our families, and the trauma that resulted from our neighbors’ calculated silence. I cannot help but read Gushee’s condemnation of the sanctuary movement through the lens of Dr. King’s profound disappointment with “the white moderate who is more devoted to order than to justice ... who constantly says ‘I agree with you in the goal you seek, but I can’t agree with your methods of direct action; who paternalistically feels that he can set the timetable for another [person’s] freedom”.

McCormick’s Incarnational Ethics initiative has the potential to help the church move beyond gradualist, white moderate frameworks that do nothing to create liberation for the poor. This project notably aims to study “reparations as a faithful Christian response to the problem of race”. The living legacies and entanglements of race are directly implicated in the machinery of the United States’ campaign of mass deportation — centering reparations as our ethical hermeneutic should, here too, guide our analysis.

Given that U.S. foreign and domestic policy directly created the immigration crisis (including groups like the Mara Salvatrucha), rather than insisting upon the righteousness of the existing laws, should not white ethicists concern themselves with forwarding social movements for repairing harm? Theological forums about the political costs of discipleship would be animated by conversations about resisting the targeting of Black undocumented folks by ICE, making amends with countries the U.S. has plundered, restoring the sovereignties of the indigenous nations whose lands are still occupied.

The apocalyptic assault upon Turtle Island begun with European invasion has not yet ceased. Recent events have only increased the litany of catastrophe, and a brief accounting does not do justice to the lives that have been shattered: the Muslim ban and its recent expansion, attacks on immigrants for supposed criminality, ICE terrorism through violent raids, refugee restriction for entrance, stripping of asylee protections, family separations, concentration camps raised for children, imposition of “public charge” tests on poor immigrants of color, visa restrictions on pregnant immigrant womxn, accidental deportations of citizens, deportations of non-citizens to their swift deaths, deployment of  troops to the southern border, right-wing armed militias on patrol, launching of coups to destabilize Latin American governments.

Turning our churches into literal sanctuaries for our neighbors, and thereby breaking an unjust law, is an act of faithfulness to the God we know in Jesus Christ.

I encourage my colleagues at McCormick Seminary to join me in putting the question directly to Dr. Gushee — three years after writing against the central tenet of the sanctuary movement, as campaigns of racist terror have continued to unfold across our nation, do you still insist that churches should not feel compelled to take direct action to shelter the undocumented from the violence of the state? As a minister of the Gospel, how do you justify your defense of the American project over the lives of vulnerable people who, in Howard Thurman’s phrasing, have their backs against the wall?

Turning our churches into literal sanctuaries for our neighbors, and thereby breaking an unjust law, is an act of faithfulness to the God we know in Jesus Christ. Incarnational ethics demands an embodied response of full-throated resistance to a racist, carceral state that demands our loyalty even as it kills us, deports our neighbors, and whitens the minds of those who should damn well know better.

KENJI KURAMITSU (he/him/his) is a graduate of the University of Chicago (MSW) and McCormick Theological Seminary (M.Div), where he currently serves as an Adjunct Professor in Ministry. Kenji has worked as a hospital chaplain and psychotherapist, and is the author of "A Booklet of Uncommon Prayer: Collects for the #BlackLivesMatter Movement and Beyond". He tweets @afreshmind.