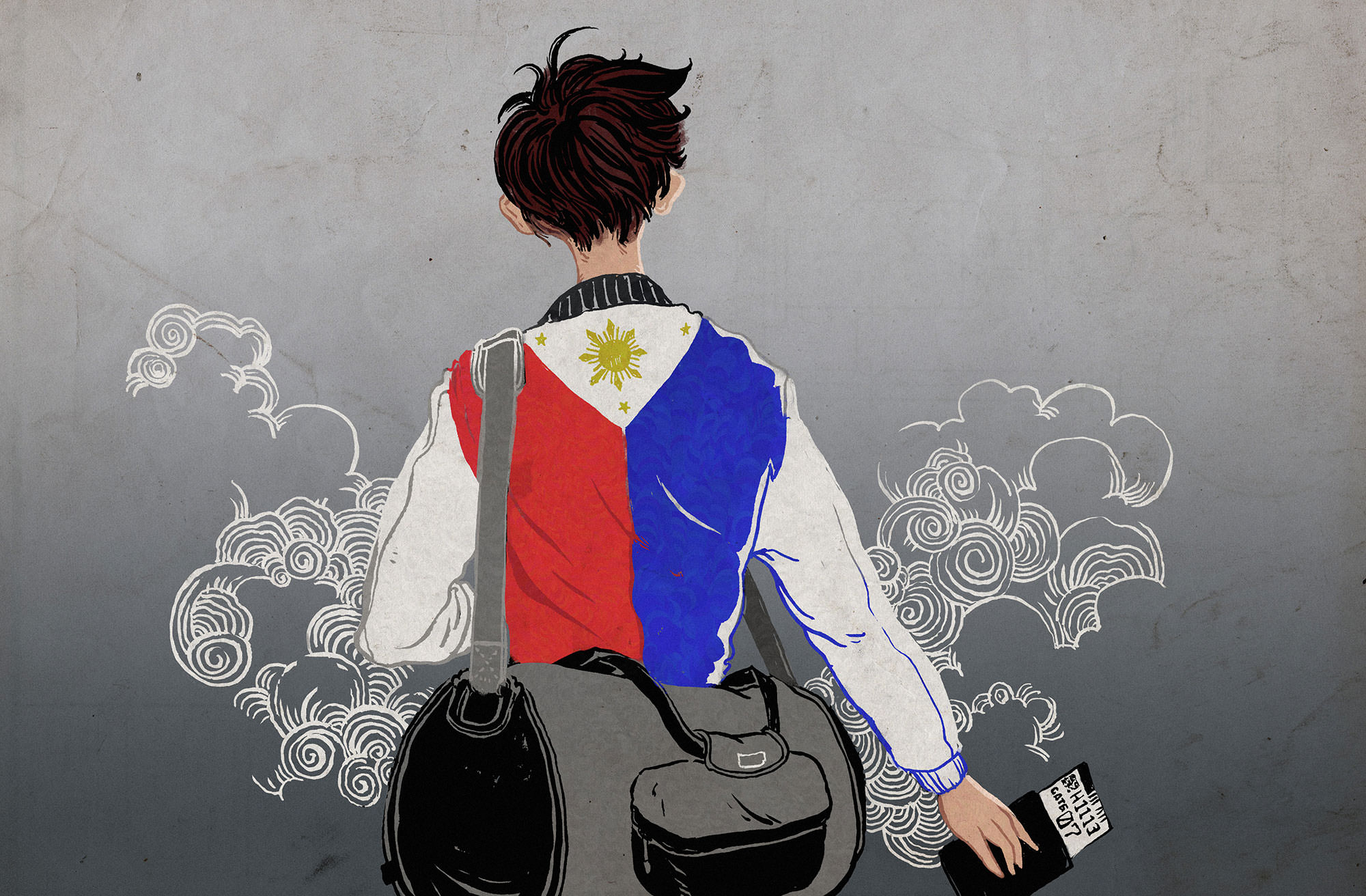 As a third-culture kid, I hold a fluid definition of home — one that stretches and surrounds the Philippines, the United Arab Emirates (UAE), and the United States.

I hold a Filipino passport, but have never lived in the Philippines. I grew up in the UAE on a resident visa, which afforded my family many privileges but promised neither safety net nor permanence. Since coming to the United States, I have always been quick to clarify that I am not Asian American and that I am here because I am on a non-immigrant work visa. The fact that I can pass as an American is strangely comforting because the United States is a Promise Land for many Pilipinxs. Early on in high school, I planned to apply to colleges only in the United States even though I had other options. Some of my friends chose to stay in the UAE, others decided to leave for the United Kingdom or Canada or Australia, while several returned to their home countries.

I remember feeling that the American Dream of equal opportunity and social mobility was within reach if I just worked hard enough and stayed in the country long enough. It took a while before I learned what sort of history the American Dream was built on.

In college, I was part of InterVarsity’s Global Urban Trek team to Manila. It was there that I learned more about the ties that connect colonialism, capitalism, and Christendom. I learned about the ways different superpower countries — Spain, Japan, and the United States — had burned and brutalized the Philippines, and how our islands still bear trauma generations later.

I learned about the ways different superpower countries had burned and brutalized the Philippines, and how our islands still bear trauma generations later.

The U.S. shaped the Philippines’ economy to be export-heavy and extremely dependent on the U.S. as a trading partner. Between 1899 and 1934, American goods rose from 7 to 66 percent of the Philippines’ imports. Pilpinxs saw the rise of a new health care system and education system during the U.S.’ territorial administration, and the elites in power argued that these new systems justified American occupation.

Learning about Pilipinx history fundamentally changed the way I understood the American Dream. I thought more critically about systems that disempowered communities and later penalized them for struggling. Even more so, I wanted to learn about the land I lived on and the history I stepped into, and how the gospel spoke into it all.

Mark Charles, a Native educator and advocate in Washington D.C., speaks frequently on the Doctrine of Discovery, a series of papal bulls that essentially allowed European nations to colonize Africa and Christopher Columbus to “discover” an already inhabited “New World”. The Protestant church in the European settler colonies eventually internalized the belief that they were modern-day Israelites and that the land they lived on was their God-ordained birthright. This meant that any Native who inhabited those lands was a hindrance to the settlers’ divine inheritance — in both a symbolic and monetary sense — and had to be removed, like the Canaanites that the Israelites conquered.

Settlers in the United States see land as an asset for profit; a factor of production; something to buy and sell and control. Settlers value land as something to own; Indigenous peoples understand that they owe their lives and livelihood to land. Asian American communities need to take a hard look at how our struggles for self-determination and social mobility are often tied up in oppressive systems in a settler colonial state. In our efforts to survive as immigrants or refugees in the United States, and in our pursuit of the American Dream, how have we been complicit in settler colonialism? And how can we remind ourselves that this is not our land?

Asian American communities need to take a hard look at how our struggles for self-determination and social mobility are often tied up in oppressive systems in a settler colonial state.

Mark Charles challenged my church to remind ourselves of the tribes who are native to the D.C., Maryland, and Virginia area: the Chickahominy Tribe, the Eastern Chickahominy, the Mattaponi Tribe, Monacan Indian Nation, the Nansemond Tribe, the Nottaway Peoples, the Pamunkey Indian Tribe, the Patawomeck Tribe, the Piscataway Peoples, the Rappahnnock Tribe, and the Upper Mattaponi. Learning their names and stories and struggles, and amplifying Indigenous voices and resilience, is an act of resistance against ignorance and false claims to innocence.

I am not native to the land in this country. My nonimmigrant status reminds me that I cannot claim this land as a rightful home — and I am at peace with that. My identity as a Christian invites me to examine the historical narratives and larger structures that I have stepped into. Because I believe in a gospel of liberation and redemption, I sit in that tension and encourage my community to foster a culture of accountability to Native voices. There will always be the temptation to choose the empire’s false innocence and ignorance, but I believe in a gospel that demands me to think more critically and to love more fiercely than that.

There will always be the temptation to choose the empire’s false innocence and ignorance, but I believe in a gospel that demands me to think more critically and to love more fiercely than that.