A Gen-Zer’s Hope in an Active and Engaged Church

Christianity and whiteness have become synonymous in America. It is something reinforced and perpetuated in our political landscape today.

In 2016, Donald Trump won the presidential election, largely due to the support of white, evangelical Christian voters. According to the Pew Research Center, as of September 2016, 35 percent of the Republican Party are white evangelicals, with 83 percent of Republicans identifying as “Christian” in the broad sense. In Alabama’s recent senatorial run, Roy Moore — accused of sexual assault by nine women, including three women who were underage during the time of the alleged abuses — appealed to white Christians for votes, and lost only because Black voters turned out at unprecedented rates.

As an Asian American woman and first-generation immigrant, this association between my faith and the “Religious Right” has pushed me toward the left. I cannot live with the disparity between my faith and the religion that supported a presidential candidate who faces 15 sexual assault allegations (and counting), gives tax cuts and benefits to the wealthy, and encourages white nationalism.

I cannot live with the disparity between my faith and the religion that supported a presidential candidate who faces 15 sexual assault allegations.

Public Religion Research Institute and The Brookings Institution’s 2013 study states that, “Religious progressives are significantly younger than religious conservatives” and are also more likely to be people of color. The Christian Left among millennials and Gen Z-ers are people like me, people who experience gender abuse, racist slurs, and income struggles, among other injustices. We are part of the marginalized in America who suffer from white Christians’ refusals to acknowledge our identities and experiences.

Like many Gen Z-ers, I’m tired of how little churches do. We often see churches uncomfortable about interacting with the charged political climate, because their theologies do not have clear answers on how to address complex issues. As such, there is a lot of paralysis and fear. Evangelicals have been predominantly silent during the Black Lives Matter protests, slow to voice support for feminist movements, hesitant to extend love to LGBTQIA+ folks, and silent about discriminations against Muslims in the U.S. While I and those of my generation don’t expect full agreement on all of these issues, we expect an amount of grace, love, and understanding.

Episcopalians are an example of what loving one’s neighbor may look like — they were one of the first denominations to ordain female priests and recently voted to use gender-neutral language for God. This type of awareness and inclusion of females in a male-dominated sphere is encouraging for many young Christians. Evangelical churches, however, tend to see these issues as a cultural war rather than evidence of a hurt world in need of reconciliation. As such, their congregations end up being poorly equipped to address issues of diversity, inclusion, and love for one’s neighbor.

Evangelical churches, however, tend to see these issues as a cultural war rather than evidence of a hurt world in need of reconciliation.

One of the most discouraging cases of systemic injustices I’ve witnessed was during my sophomore year at Wheaton College in Illinois. Wheaton, an evangelical liberal arts college, is comprised of predominantly white students and faculty. Dr. Larycia Hawkins, the first tenured African American female professor at Wheaton, was pressured to resign from her post on theological grounds because of a Facebook post, in which she expressed solidarity with Muslims experiencing persecution in America. This case received nationwide attention.

Before the verdict was finalized, students held protests and sit-ins on campus to support Dr. Hawkins’ stay. During a sit-in at the president’s office, I noticed that students of color and queer students fought the hardest for Dr. Hawkins. We prayed and sang hymns, encouraging one another during the long hours. Many sacrificed important tests and classes to be present. There was an implicit understanding that Wheaton was committing a huge mistake by pushing her out, and that her situation meant we were being pushed out, too.

At the “reconciliation” chapel service, Dr. Hawkins addressed her parting speech to the heartbroken students who felt as if they had lost with her. She urged us to continue fighting the good fight, emphasized that embodied solidarity meant loving our neighbors, reminded us that our bodies contextualize politics and theology, and that she will miss us very much. Half the students in the audience sat in the front, wearing black in solidarity with her and in faith that God is still at work in a college that does not understand the injustice of pushing out its first tenured Black woman.

Because there are Christians such as Dr. Larycia Hawkins who are working to dismantle institutional injustices, I and so many others are encouraged to cling to faith in God. She is among many people of color who are punished for truth-telling and for being on the right side of history. And she is one of many Christians who cannot find a home in Christian institutions.

Because there are Christians such as Dr. Larycia Hawkins who are working to dismantle institutional injustices, I and so many others are encouraged to cling to faith in God.

Mainstream Christian teachings advocate for helping the disenfranchised, but very few address the systems — such as institutional racism, patriarchy, and capitalism — that place the disenfranchised there in the first place. Capitalism is an especially major contributor to systemic injustices in churches.

At a follow-up Q&A with Wheaton regarding Dr. Hawkins’ leave, a student asked if donor money had factored into the college’s decision. The panelists, which included the president, did not answer. Their silence was a resounding “yes”. After all, given Wheaton is a private institution, it is not surprising that predominantly white donors hold so much power.

Over two years later, the trend of younger Christians at Wheaton leans toward faith-rooted activism in our communities and increased awareness of institutional wrongs. Students question how capitalism influences our school and our country. Through the work of several students, the Young Democratic Socialists of America (YDS) was approved as an on-campus club this school year. Wheaton’s YDS draws from Bernie Sanders’ political vision to democratically fight economic and social injustices, yet it is distinctly grounded in the Christian tradition of liberation theology.

Theo Larsen, president of YDS, says that liberation theology is “recognizing the fact that all humans operate in structures that inform their freedoms and ways they can act. As Christians, we are not called to simply make the best of our situations, but to change and eradicate systems that are not reflective of God’s love. The most frequent charge brought against Christ and the disciples was that they were breaking Roman law.”

“As Christians, we are not called to simply make the best of our situations, but to change and eradicate systems that are not reflective of God’s love.”

Liberation theologians point to capitalism’s influence on Western Christianity as a fundamental problem. As D.D. Webster writes in “The Evangelical Dictionary Theology”, “Orthodox doctrine of God tends to manipulate God in favor of the capitalist social structure. They claim that orthodoxy has been dependent upon ancient Greek notions of God that perceived God as a static being who is distant and remote from human history.”

This perception of God creates churches that are also static, distant, and removed from current history and social realities. These are churches that don’t interact with disenfranchised communities and depend on money from rich donors.

Larsen describes addressing capitalism as essential to “any Christian who wants to meaningfully relate to the world around us. As Christians, we are not called to simply retreat to monasteries or build an individual relationship with God, but to love those around us.”

Liberation theology is critical and hopeful. It reminds us that Jesus, too, was flesh and blood, experienced hardships present during his time, and advocated for the everyday person under political persecution. He also taught that the love of money is the root of all evil.

Liberation theology is critical and hopeful. It reminds us that Jesus, too, was flesh and blood, experienced hardships present during his time, and advocated for the everyday person under political persecution.

Despite being in its first year, YDS hosted lectures such as “Christian Socialism”, which garnered a notable audience from both students, professors, and visitors. At this event, author Heath Carter visited campus and gave a talk about his book “Union Made”, which elaborated on the history of Christianity and socialism in America. Carter brought conversations about workers’ rights, unionization, and labor laws into a private college comprised predominantly of upper-middle class individuals. Blue-collar work was brought to the forefront, at least for an hour, in Blanchard Hall, one of the biggest lecture halls in Wheaton.

Blue-collar work has always been a reality for me as a first-generation immigrant. I remember my dad, hardworking and warm, working several part-time jobs, chauffeuring and driving trucks to make it in this country. I also recognize my privilege in going to a private Christian college, where I sit in tidy rooms while oppression seems to be “out there” where my parents are working.

Many Gen-Zers get into activism because we realize that those who work the hardest in this world often are the least rewarded, while the rich keep on getting richer. We question the systems in place that perpetuate this inequality.

We question the systems in place that perpetuate this inequality.

Dr. Hawkins’ case at Wheaton College resounded nationally because it got to the heart of systematic issues in America surrounding race, religion, and money. Our country’s economic foundation was built on the backs of Black slaves to profit white landowners, while churches with white landowner members used Scripture to justify racism. Just as many Christians then justified slavery through (mis)interpretation of biblical texts such as Cain’s curse (Genesis 4) and Ham’s curse (Genesis 9) in the 19th century, Christians today in the 21st century justify racism, xenophobia, and capitalism through silence or by separating Christian faith from these issues. However, we must remember that our country’s socioeconomic roots in slavery are present in our contemporary conversations and realities surrounding religion, race, and economics.

Christianity should not be associated with whiteness and privilege in America, and it takes work to dismantle that association. Young Christians such as myself and many others who are marginalized in white America believe that liberation theology and democratic socialism are the natural conclusion in response to experiencing injustices in our churches and in our country. Instead of dropping out of church and giving up, we ought to struggle through activism and engage a complex and difficult world. Dedicated faith manifests itself in political engagement; otherwise, we are to be lumped with the Trump voters.

Christianity should not be associated with whiteness and privilege in America, and it takes work to dismantle that association. 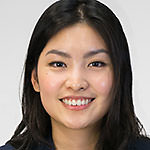 Chinhsin Esther Kao is Bunun-Taiwanese and a first generation immigrant to the U.S. She currently works at The Bronx Defenders as their Communications Associate. Outside of work, she is a Progressive Asian American Christians fellow and organizes with AF3IRM (Association of Filipinas, Feminists Fighting Imperialism, Refeudalization, and Marginalization).