A Journey Toward Authentic Giving

Part of 5 of in
BY XERES VILLANUEVA
ILLUSTRATIONS BY JOSEPH CHUNG
Nov 01, 2015 | min read
Part of 37: Blind Spots
0 Snaps
0 0 Snaps
Oops! Something went wrong while submitting the form.

She gave and gave until she had nothing more left to give ... yet she still felt compelled to keep on giving.

I SAT FROZEN in my seat, inwardly screaming at myself to do or say something. I looked down at my lap, where the man sitting next to me had placed his hand. Fear raced through my mind, contributing to the panic that pulsed through me.

I was on the bus, taking my normal hour-long commute home from my internship. I hadn’t paid much attention earlier when the man slid into the seat next to me and I felt our legs touch — it was crowded and everyone on the bus was squished. Dread and violation coursed through my body when he moved his hand between our laps and started rubbing my leg. His hand reached my thigh and squeezed. But still, I said nothing.

I was frightened — afraid of what else would happen, but also scared to make a scene. Finally, the bus approached my stop and I avoided eye contact as he reached out to touch my shirt. As I stepped off the bus, I realized that my “giving tendencies” had once again left me unable to stand up for myself.

I realized that my “giving tendencies” had once again left me unable to stand up for myself.

Over the years, I’ve had to learn the difference between being a selfless giver and being used. I’ve always been a giving person, for better or for worse. Part of this is because of who I am and how I’ve grown up. Being Filipina American, I was raised in a very generous culture. And since I’m autistic, I’ve experienced what it’s like to need support.

I was instilled with the importance of caring for others’ well-being. For years, I watched my mother care and offer housing to immigrant family members and friends. She’d take the time to be personal with her clients while diligently serving them. Witnessing that level of giving taught me values of unconditional love, acceptance, and generosity.

I was instilled with the importance of caring for others’ well-being.

Because of my autism, I’ve had to learn to fight for support. I grew up facing the continual battle of needing help from school counselors and faculty. Discussing support options at Individualized Education Program (IEP) meetings made me nervous and aggravated, since most of the faculty didn’t know much about autism and couldn’t provide the support I needed. This has helped me see the importance of recognizing other people’s potential.

Being a giver reminds me that I can make a difference and help build up a community. Seeing people’s needs being met inspires me — it reminds me of my role in generating life and love.

When I realized that I was good at giving, I threw myself into serving others. During high school, I mentored middle school students at an afterschool arts program. I was very involved with this program, even spending extra time with students on their outings. When I wasn’t mentoring these students, I tutored elementary school children. In college, I worked part time and was on the leadership team at school. Whenever anyone needed help, I was often first in line to offer support.

But in certain ways, I was an unhealthy giver. I often found myself giving at the expense of myself. I slowly became a doormat and an enabler, though I’d excuse my actions as being “supportive” or “easy-going”. Part of this was because I believed I was unworthy. I thought I was a burden to those around me, so it was better to go along with what other people wanted.

I slowly became a doormat and an enabler, though I’d excuse my actions as being “supportive” or “easy-going”.

This feeling of unworthiness developed when I was bullied for being autistic. Though people around me encouraged me and acknowledged my strengths, I was still aware of my difference and felt the need to win people’s approval.

Believing in my unworthiness has put me in situations that turned my strengths as a giver into a liability. There have been many times where I’ve felt helpless and without a voice — like that moment with the man on the bus. This feeling of unworthiness has often kept me from standing up for myself.

I remember an instance in elementary school when a boy pushed me to the ground for no reason. Scared, I stayed on the ground and watched as my tormentor ran back to his friends and continued to taunt from a distance. I was hurt, humiliated, and unwilling to deal with it, so I didn’t tell anyone. I didn’t feel like it would make the boys stop. I also didn’t want to be mean back to them.

I resorted to disconnecting and appeasing as my defense mechanism. I tried to avoid conflict and found it easier to just satisfy people to ease tension. There have been times when a cashier accidentally charged me extra, but I’d refrain from saying anything. I was afraid to cause conflict, but I also believed that I wasn’t important enough to matter — and this kept me silent. But every time I didn’t stand up for myself, I would find myself in a cycle of guilty, self-deprecating thoughts within seconds.

I resorted to disconnecting and appeasing as my defense mechanism.

There were also times where I’d feel the need to gain people’s approval. I’d give my power away easily, whether it was through giving up a tangible position or disregarding my emotional importance. If I sensed someone was upset with me, I’d do exactly what I thought they wanted — just so they wouldn’t stay mad at me. This led to people taking me for granted and growing accustomed to using me. Because I didn’t speak up, no one held them accountable. Putting my own needs after other people’s needs made me increasingly ill-equipped to see my own worth and stand up for myself.

I’ve had to learn that just because an action appears to be generous doesn’t mean it is truly an act of genuine giving. True giving requires commitment and love. When I give out of fear, my strength turns into a weakness. My desire to please others kept me from speaking out about my own thoughts and feelings. Instead of viewing everyone on equal levels, I began to place “self” and “others” in a hierarchal dichotomy. I began to move from lovingly giving myself to others to simply throwing myself away for others.

Just because an action appears to be generous doesn’t mean it is truly an act of genuine giving.

I became concerned when I noticed I was projecting my frustration onto others. Whenever I was feeling ungracious toward myself, I’d treat others with similar weaknesses the same way. At the same time, I wasn’t willing to receive support from other people. I held myself back because of fear and low self-worth, and people didn’t get to truly know my heart. I became closed off and projected my self-criticism on others, which affected my relationships. Friends and family ended up not knowing how to support and empower me. I wasn’t inspiring or genuinely giving anymore, nor was I allowing myself to be cared for. I was living a life of scarcity and self-preservation with little left to give to others or myself.

THE LEARNING: REGAINING MYSELF

My paradigm began to shift as I became more involved with social justice work and culture care. Watching my activist friends pay a price for taking a stand for others made me start thinking about the life God has called me to live. God has told us to love our neighbors as ourselves. But it was crucial for me to remember that this love should be extended to everyone — including myself.

The need for harmony, caring for family and saving face, affects the Asian American attitude toward giving. Our Asian culture — and my own experience as a Filipina — considers “giving your all” as giving to the point of exhaustion and enabling others to the point of personal emptiness. Women are expected to be nurturers and caretakers — to put other people’s needs before our own. In a society that values busyness and a strong work ethic, it’s easy to get swept up in all these expectations.

It’s important to be mindful of cultural expectations and to understand what it means to be a healthy giver. I’ve learned through experience that people with a history of disempowerment can easily fall into self-sabotage or one-sided relationships, thinking they are being “selfless” or “giving”. It’s easy to become so involved with work, community, and recreational activities that we don’t take care of ourselves.

There’s a fine line between being self-sacrificial and self-neglect. It hasn’t been easy learning where this line is and living accordingly. I started to reconcile this tension by expanding my vision of the life God has called me to live. I have made a commitment to take a stand for all, but I must intentionally remind myself that this “all” includes God and myself. Recognizing my worth in God keeps me plugged in to His infinite goodness and His strength.

Because I see my worth in Christ, I am finally able to start a lifelong practice of authentic, healthy, unconditional giving. 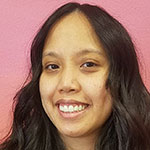 Xeres Villanueva (she/her/hers) has deep roots in community building, social entrepreneurship, spirituality and activism. She is involved in community building projects such as Tuesday Night Cafe and various social justice groups. She has been in the worlds of freelancing, small business and non-profits throughout her career. Xeres is also a co-founder of the WE Empowerment Center, a grassroots financial receivership organization dedicated to support liberatory community and creative projects. Her interests are media and pop culture, cultural and art activism, liberation movements, economic empowerment and food. 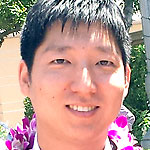