“Hello! Welcome to Waco Cha!” I said to a potential customer as they glanced at our boba tea menu and milk tea samples.

“You’re not Texan!” the individual yelled as they walked away from our tent.

My coworker and I looked at each other, shocked. My coworker told me they wanted to run after the individual and tell them exactly what they thought. I told them not to, in fear that the individual would retaliate.

That day, I remained silent.

I remained silent, as I did many other days in the past when people questioned my racial, ethnic, and cultural identity.

Shame can paralyze us, keep us silent, and prevent us from seeing the power within our own culture and people.

Growing up in Oklahoma, I hid my Taiwanese lunchbox as a child, and wished I could just bring a brown bag lunch to school. During lunchtime, other students would pull their eyes and stick their tongues out at me. My response to these situations was always silence.

Many years later, after completing college and graduate school, my husband, Devin, and I made Waco, Texas our home. We were drawn to the smaller town feel of Waco, and due to job opportunities in the area, I began establishing my career in social work in Waco.

We dedicated our time outside of work mentoring and investing in the international student ministries at a local church that was predominately white. Newly married and trying to find community, we turned to the local church as a source of community — especially with our family overseas.

We tried for over four years to find a sense of belonging and community in that church. And while we did experience that within the international student ministries and with friends here and there, as a whole, the experience within that church felt like a continued struggle to be seen as an Asian American and to be valued as a person of color. Very few people of color were in leadership or pastoral positions, and we were often the only people of color within Bible studies and group gatherings.

In group settings, the questions of my “true origins” were common. Questions commonly asked included, “Where are you REALLY from?” or “Where is your REAL home at?” and “Wow, your English is SO good for being a Chinese international student.” Or, “Y’all are our FAVORITE Asians. When are you inviting me to your home to eat your delicious Asian food you keep posting?”

It didn’t make it easier when I would share that my parents and extended family lived in Taiwan and that I had grown up the second half of my childhood in China and Taiwan as a Third Culture Kid.

Never fully seen as Taiwanese yet not fully seen as American, the perpetual foreigner stereotype continued with me from childhood into young adulthood in Waco, Texas, which at the time, according to the 2010 U.S. Census, identified as less than 2% Asian.

The idea for Waco Cha began in the midst of our struggles to find belonging and community in predominantly white spaces in Waco. Waco had very few Taiwanese, Chinese, or boba tea shops at the time. We often heard from local BIPOC in the city that they felt like downtown Waco was not created for them. Many identified did not feel welcomed in the new shops, restaurants, and businesses that mostly catered to tourists or college students in the downtown area. “Downtown is for white people!” local high school students would exclaim.

Downtown was booming with economic development for some parts of our community, but not representative of the voices and diverse cultures within Waco.

Little did we know that just as much as we wanted to create community and a space of belonging for others, that Waco Cha would help us to build community ourselves.

Within less than two years, our business grew from a Saturday pop-up tent at the farmers market to a mobile tea truck and downtown Waco storefront operating almost daily.

Through Waco Cha, we have had opportunities to openly share about our struggles as Asian American entrepreneurs and as children of immigrants through our social media platforms, during dumpling night workshops we host, and in panel discussions and interviews regarding the story behind our business. Last spring, after a panel discussion highlighting BIPOC-owned businesses in Waco, we met other entrepreneurs with backgrounds from Brazil who resonated with our feelings of shame as children of immigrants and our story of not belonging in America. The couple invited us to their home for dinner and we became friends through our common interests and backgrounds. Eventually, with their skills in construction, they helped us to build out both our Waco Cha food truck and storefront.

Through this new friendship — among many others built throughout our Waco Cha journey — I am reminded that community is found when we take risks and share authentically about our own culture, ethnic heritage, history, and stories. And as we share our stories, others are able to join us in community as well.

I remember at the beginning of starting up Waco Cha when a Waco Cha guest messaged us on our social media platform sharing that they would usually provide a fake name that sounded more “American” at cafes when they ordered drinks because many others had made remarks about their name being too long to write. The guest said that because they saw how we valued diversity at our business and heard about our story as children of immigrants and as Asian Americans, they chose to state their given name at the register when ordering drinks from Waco Cha.

Boba tea has helped me now to find the language and the narratives to bring to light the shame I once held as an Asian American and child of immigrants. Pieces of my culture, as seemingly simple as my ethnic food and my name, are now celebrated at Waco Cha. And I am honored to hear that others are also able to join me in bringing shame to light through Waco Cha.

Shame paralyzes us from building intentional and authentic community. Brené Brown, a fellow social worker and researcher on shame and vulnerability, stated in her book “Daring Greatly” that “shame derives its power from being unspeakable ... If we cultivate enough awareness about shame to name it and speak to it, we’ve basically cut it off at the knees. Shame hates having words wrapped around it. If we speak shame, it begins to wither. Just the way exposure to light was deadly for the gremlins, language and story bring light to shame and destroy it.”

Just as much as I have wanted to personally build community in Waco, I see now that when we share our stories and journeys as Asian Americans, we can build and co-create authentic and diverse community with one another.

Boba tea has helped me find my voice as an Asian American. Now, I say back to the individual who told me I wasn’t Texan those early start-up days: “We are Texan, just not the Texans you’re thinking of!” 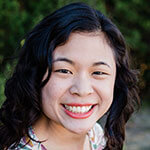