Church Beyond These Walls

For those who grew up in a church, it's often difficult to imagine authentic Christian living outside of certain practices and expectations.

Irene's eyes were opened to economic and education injustices when she stepped outside — it's a perspective she hopes that the church considers and explores their agency in.

I'VE BEEN THINKING about why processing my faith has been so difficult for me. Belief is so wrapped up in my identity; I feared anything that would threaten that part of my life.

My parents faithfully instilled their convictions, beliefs, and hope in God in my three siblings and me when we were growing up. By the age of 13, I was baptized. I served as a student leader in our church's college ministry. Through prayer, meditation, Bible study, acts of charity, regular tithing, and mentorship, I strove to authentically live out my faith with a community of Asian Americans. Nothing mattered as much as following Jesus and being part of a church; it was the measuring stick I used to think about everything in my life.

In retrospect, I was also a little bored — in the midst of it all, Christian living felt like it lacked purpose, because my actions only influenced people exactly like me. I was doing all that I should do as a Christian, but I wasn't crossing divides to reach people as Jesus did. I was also having difficulty reconciling two of the most significant and most cherished identities in my life: Asian American Christian and educator.

After graduation, I began to teach at an alternative high school in Lennox, an unincorporated part of Los Angeles, and then at a middle school in Washington, D.C. In both schools, 100 percent of our students were a part of households near, at, or below the poverty threshold. In the United States, that line is drawn at an annual income of $24,230 for a family of four.

Many people don't know that much of school funding comes from local property taxes, so living in an impoverished community means low funding for the schools in that community. I grew up in a mostly middle-class city, so as I taught in low-income neighborhoods for the first time, I struggled with the unfamiliar reality that resources were scarce, technology was nonexistent or slow, and extracurricular activities were scraped together with staff creativity and personal spending. My students also juggled many obligations outside of school: they were responsible for younger siblings, after-school jobs, ailing family members, and pressures from negative influences that left little room to prioritize education.

I struggled to process what I was experiencing. When I shared my stories, many in my church community expressed that they believed my students were lazy or defiant, deserving the inequity they faced, that their mothers were welfare queens, that their families were not hardworking enough to live out the American dream.

I was shocked. But upon reflection, I realized that like many other second-generation Asian Americans, my parents grew up poor. They sacrificed tremendously to come to the United States with literally $250 in their pockets. From those humble beginnings, my parents were able to buy a home, provide for my siblings and my every need, and even help us attain a college education. My privilege is the result of everything my parents gave up for many years — their home country, native language, Chinese names, dreams, and pleasures.

Like many other second-generation Asian Americans, my parents grew up poor ... My privilege is the result of everything my parents gave up for many years.

Insulated from people different from them, my Christian friends continually asked: If our parents were able to succeed, why can't everyone else? They didn't care to investigate other reasons that might have contributed to the lack of social and economic mobility of other groups of people; without understanding these reasons, it is difficult to have empathy or care.

I knew what my church believed could not be true because despite incredible challenges, my students are among the most hardworking, resilient, creative, and enthusiastic people I know. Other teachers and administrators I worked with recognized the same, and together, we sought to understand the context of our students' lives. The answer to the question of why our parents succeeded and not others lies in history, and it was a history my church didn't teach me.

Through the master of education in urban teaching program at the University of California, Los Angeles, I was given the vocabulary and historical context to understand the oppression built into American life, and I began questioning many of the ideas I had believed to be normal and even good. I learned about how social and political institutions — including schools and churches — are actively involved in the maintenance of white privilege in this country. We teach and enforce these values not only through state standards, tests and curriculum, but also through our interactions with our students, punitively correcting their language, speech volume, dress, and posture for the sake of "high standards".

In the past, I participated in this, and my classes were all about teaching to the test and helping my students assimilate to dominant values. By my second year of teaching, they had the highest test scores in the school, but nothing had been done to address the material, emotional, and spiritual conditions surrounding their lives.

I used to believe that education was the key to economic freedom — but once I learned schools can also be perpetrators of inequality and segregation, I know if I do nothing, I passively allow the perpetuation of this dominant ideology.

I used to believe that education was the key to economic freedom ... but schools can also be perpetrators of inequality and segregation.

Over time, my co-workers and I built a community that surprised me, one that actively strove to not only historically place and understand what we witnessed and experienced in our schools, but also collectively — with our parents and students — articulate and work toward a vision for a more equitable school, city, and world. We read and discussed books about teaching and best practices, coached each other, wrote grants, fundraised, built a community garden, invited the partnership of our students' families, listened to their concerns, and created projects that engaged students with the problems they wanted to solve in their communities; we reflected, challenged, and grew with each other.

It was unlike anything I'd ever experienced before. We were living in community — daily, difficult, beautiful, heart-rending community — with people so different from myself, feeling their pain and brokenheartedness as our own, united under the hope for restoration and wholeness. I see my coworkers practice a living pedagogy infused into all aspects of their lives, including their relationships, politics, and ways of being. In working for social justice they are, as Vincent van Gogh once described, "[seeking, striving], in it with all [their] heart." My life was imbued with purpose and love — but it was all sadly outside of my church.

I see my coworkers practice a living pedagogy infused into all aspects of their lives, including their relationships, politics, and ways of being.

In church, I felt like what I did with my life was separate from what I believed. I saw this in others too. Like the schools I'd worked for, my experience in Asian American churches reflected the internalization of dominant ideas and values. For example, American culture values individualism, so perhaps that's why my Asian American Christian friends and family members only view sin and redemption on an individual level. Conversations of broader context and systemic sin were never in the purview.

However, unlike the schools I'd worked for, there was no push to critically examine our church communities to expose these harmful ideas or consider a different perspective. In addition, the Asian American churches I attended tended to be fairly homogenous. Without the important input of different viewpoints and life experiences, prejudices about other groups of people were often reinforced instead of dispelled — leading to ignorance, condescension, and closed-mindedness when presented with the stories and struggles of others. Thus, the Asian American Christians I knew were generally disengaged from communities outside their own and did little to address the oppression of other groups.

Seeing all this broke my heart. Shouldn't social justice be in the DNA of what a church is supposed to be? Change only arises when we are a part of communities in which we can vulnerably and honestly examine our lives and our own hypocrisies and inconsistencies, in which we can be wrong and loved in spite of it. This community exists in church! But for effective and lasting change to occur, church must also extend outside the four walls — churches mustn't just merely exist in local communities, but become an active part of it.

Shouldn't social justice be in the DNA of what a church is supposed to be?

I believe the communities I'm in and the communities I'm not in are interconnected; I live in this reality every day. The community I choose to struggle in only looks different, and I've fought to intentionally invest in it while embracing being constantly challenged by it.

Imagine if Asian American churches could harness the power of their vast social and cultural capital to fight injustice and live boldly, creatively, unapologetically, and uncompromisingly for Jesus, humanity, and the interconnectedness of all lives. My hope is that one day, identifying as an Asian American Christian inspires images of an educator, a racial reconciler, or a bridge builder — identities forged in spite of stereotypes and lived out together.

Imagine if Asian American churches could harness the power of their vast social and cultural capital to fight injustice. 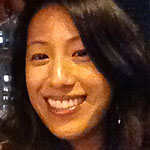 Irene Hsieh is a middle school educator at Stella Middle Charter Academy in Los Angeles. She is an avid social justice advocate, using her classroom and content to pump stronger blood in her students. She is also an introvert.