Crafting Problems on a Wall

ARTISANS PICK UP a trade and make products for other people. But my craft goes beyond the tangible product and invites you into an experience — bouldering is climbing without ropes — so I like to think of myself as an artisan of movement.

My role as route setter is to map out the climb, to set up the "problems" the climber will face. I take the contours and crevices that are in the wall or the rock and create challenges for climbers of all levels. Don't worry if you think you're too short for some of the problems; we make sure it's accessible to anyone.

Regardless, my job is to envision and shape movement in how a person interacts with their climb. And that varies greatly, depending on each person's personal strengths.

My job is to envision and shape movement in how a person interacts with their climb.

The climbs I design are very body tension-based. Basically, they're powerful rock climbs, where you're engaging your core quite extensively and will come off the wall if your core is disengaged. There's also the really finger-intensive "crimpy" style or the burly, acrobatic, muscly rock climb — we call that "thuggy" in our world.

In order to reach a lot of my holds, you need to understand your own body and that there are ways to pivot and turn that can give you those last extra inches of reach.

For me, that type of body power and engaging in that type of movement is very beautiful. It's a quiet and subtle power, rather than jumping and squeezing, which is more flashy, more acrobatic, and definitely more crowd-pleasing when there's an audience.

This fascination with climbing began when I was 24, at a place in Bishop, California, called The Buttermilks. It's a high desert mountain setting, very serene and quiet when there's not a crowd. When you're there, you're captivated by how big these boulders are — some of them go up to 50 feet and nothing is bolted. You can't use ropes. The crash pad we leave on the ground is our only safety net.

High Plains Drifter is a climb in The Buttermilks named after a Clint Eastwood movie, and it's not easy. It was definitely a struggle that pushed my limit of how hard I thought I could climb. But by the time I was done with it, I was sitting at the highest point in Bishop. The amazing view of the entire area was all the persuasion I needed to be a rock climber for the rest of my life.

When I'm that tiny on a wall, it always reminds me how big my God is and how small I am. I feel closer to Him because I become a part of a landscape that's so big, for that minute or however long I'm on that wall. I'm a part of His creation and it's a big, beautiful thing.

When I’m that tiny on a wall, it always reminds me how big my God is and how small I am.

Most of my inspiration in setting routes comes from learning from God and how He made these beautiful rock climbs outside. At one place, the easiest way to do an outdoor rock climb was to put your foot over your  head and reach toward your toe to match your hand to your foot. So it's hard to be truly original when you're competing with that kind of wild movement.

It’s hard to be truly original when you’re competing with that kind of wild movement.

The closest I can get to that originality is when I'm setting a route in an indoor gym, considering not only movement but also how to be visually engaging and attractive. At times, it looks like an abstract piece of art, and people participate in it with movement. The other day, I made a rock climb that was shaped like a rainbow — I had these blue holds and they looked nice on the red panelling of the wall as a crescent. I've even seen friends create a face or a daisy.

The climbing wall is my canvas, and I paint on it with holds. At the end of the day, I attribute everything to God because He's the one who gave me this talent and inspiration, so it's all on Him. I'm just an instrument at this point, getting to show the beauty in body movement to someone in that set.

Anytime I see someone move the way I envisioned, it's very satisfying, as though I were a music composer and someone is playing my music the way I imagined it to be. So when I see someone break the sequence of what I've made, I feel like I didn't do my job as an artisan.

When I see someone break the sequence of what I’ve made, I feel like I didn’t do my job as an artisan.

It doesn't help that I see God in this way too, that He has an exact path for me to try to figure out. But I've realized that there are certain instances where you have to accept that it'll be done a different way. As a setter, I'm always trying to control the situation. But with God, it's not like that. He knows how it's going to go, but there's somehow still room to be creative with Him along the way. It doesn't have to look any particular way in order for me to make it to the top of the climb. 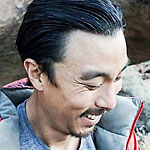 Joseph Yun works for Touchstone Climbing Fitness, which owns climbing gyms up and down California. He is a setter, personal trainer, and coach in rock climbing for youth and adults. He’s been climbing for about 10 years. 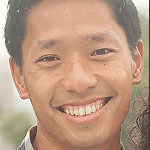 Steven Wang is a high school biology teacher in the San Francisco Bay Area. He has been rock climbing for 10 years, and enjoys not only the mental and physical challenge of the sport, but also the opportunities it provides to get outside and see the world.