Fear for the Living

Part of 8 of in
By Sarah D. Park with Maurice and Melissa Yu
Illustrations by Maggie Chiang
Jan 01, 2016 | min read
Part of 39: Departures
0 Snaps
0 0 Snaps
Oops! Something went wrong while submitting the form.

IN THE WAITING ROOM of Children's Hospital of Orange County, it's 5:41 a.m. and quiet. The hospital staff take deep breaths in this calm before the daily storm, treasuring the small sounds of shuffling feet and subdued conversation.

Early morning light glows through the blinds of Room 78B, belonging to Melissa Yu, a just turned sweet 16-year-old lying in bed with a tracheostomy tube snaking out of her throat. Her light brown eyes are closed, and her thin arms, dark from too much track and field, are tied down by IV lines. Size 8 feet peek out from under the blanket, kicked off from a fitful, medically induced coma.

Facing her bed, Mom and Dad are also in slumber and sprawled out in making-it-work positions on the chairs — their hands still clasped in unrelenting prayer. Her brother, Maurice, is dozing in the hallway on a brown leather couch.

It started with what seemed like a common cold in January 2008 on a church trip to Santa Barbara, California. Melissa's camp counselors were worried about her sudden fever and called her parents to pick her up. With multiple hospital visits, different doctors gave different answers and prescribed a motley of drugs. On a day she had a fever of 103 degrees, shivers, and was unable to stand, the on-call doctor at Kaiser Urgent Care recommended two Advils.

That "common cold" was a serious heart infection called endocarditis. A month later, Melissa was hospitalized for 30 days in the pediatric intensive care unit at Kaiser Hollywood. She was sent home post-recovery, but was rushed back a week later when a blood vessel burst in her brain. Melissa was kept in a coma to rest her body after three surgeries to fix the aneurysm and relieve the abnormal brain pressure. Waivers were signed without any mention of survival rate; the doctors didn't believe Melissa would ever leave the hospital. The family was called together three times to prepare for her last day.

The doctors didn’t believe Melissa would ever leave the hospital. The family was called together three times to prepare for her last day.

Maurice wakes up with a start, one of many panicked moments in case he wasn't there for ... no, that wasn't going to happen. The familiar sounds of the monitors connected to Melissa remind him she's still here.

I don't want to be here. Just sitting here is hard. I don't know if she's listening. If she's feeling. What she wants. She'd already be Yours if these machines weren't keeping her alive.

You know, I had this idea about death before all this happened — that You had good timing, that people were being selfish if they tried to avoid it. I wasn't afraid of death. I knew that when You'd come for me, I'd be ready to move on, because it'd be for the best.

But I didn't think You'd come like this. Definitely not to her.

Let her live. I even thought about what would happen if my parents passed away. Taking care of her wouldn't fall on me but it would. It's my sister, You know? I'll do it, no matter what. I'll make something work. We have a pretty strong family, and if I ever needed help, I have a lot of people I could turn to.

But what'll happen to us if she dies, God? It's not her time — I can't accept it. She's just a kid. I don't care that I'll get to see her again, the time in between wouldn't be worth it. I'll always feel like something was missing. Someone.

I know it's just a part of life; if it were me, I'm not afraid of where I'd go but what I'd leave behind. All the feelings, seeing what everyone else has to go through — my fear is for those still living. Looking at Melissa, I fear what would happen to the rest of us if we were to lose her.

Mom wakes up, tiptoes over to Melissa, and sits to watch over her comatose daughter. "You're coming home with me, Melissa," she silently repeats over and over, a commandment and a plea, and strokes her arm. A tear falls from one of Melissa's eyes; she knows her mother is close.

Are You here yet? Let me love her like this. I want to at least give them this, to relieve them of everything that will have to come afterward if I survive. God, let me relieve my family.

I fear for them if I don't die soon. This is going on too long. If the doctors disconnect me from all these machines and I die, my family will know peace. They can finally be at ease. This is too heavy, a horrible moment lasting a year.

I fear for them if I don’t die soon. This is going on too long.

Do You see my brother? I can't talk to him like this and he has no one to turn to. He comes by and tells me what's going on at school. I can't say anything back. He talks to his close friends, but siblings are different. You're going to give him someone to talk to, right? I'm glad Melodie and Mildred are too young to remember this anyway.

My parents ... You know better than anyone what they're going through. You let Jesus die so that He could love others. Let me love my family. It's for the better and I know they won't be sad forever. We'll see each other again in heaven.

I'm ready if You are, God. Not really sure what's going to happen after I die, but I do know that all this suffering leading up to it can't go on. I don't want it to.

"If I go up to the heavens, you are there; if I make my bed in the depths, you are there. If I rise on the wings of the dawn, if I settle on the far side of the sea, even there your hand will guide me, your right hand will hold me fast ... I praise you because I am fearfully and wonderfully made; your works are wonderful, I know that full well." (Psalm 139:8-10, 14 NIV)

Melissa will soon be 24 years old, against all odds, and to the glory of God, after thousands from all over the world fought for her in prayer through 24 surgeries. "If God brought me back, then He must have a reason," Melissa said. "I was chosen to live so I want to get better. Not back to normal, but better.

If God brought me back, then He must have a reason. I was chosen to live so I want to get better. Not back to normal, but better.

"God has a reason for me being in a wheelchair now ... so to Him, I must still be fearfully and wonderfully made." Melissa whispers to me behind a cupped hand, "Read the whole chapter, because you have to understand the whole picture." 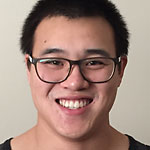 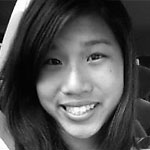 Melissa Yu is currently studying interior design at Orange Coast College, and loves photography and watching movies. She is wheelchair bound, but has faith that she will one day walk again. Learn more at getwellmelissayu.blogspot.com.