For Such a Time As This

Part of 2 of in
By Jude Paul Matias Dizon
Photography by Kelvin Chang
Aug 01, 2017 | min read
Part of 57: The Power Within to Create the World Anew
26 Snaps
26 0 Snaps
Oops! Something went wrong while submitting the form.

On one particularly hot afternoon in Contra Costa, California, 20 Adult Education specialists entered an air-conditioned conference room, greeted by me and a couple of my colleagues. We were set to begin an undocumented student allyship training developed by the community college where we worked. The participants were eager to learn how to support undocumented adult learners in their pursuit of higher education.

My colleague Diane started the session by sharing her immigration story. Born in the Southern Philippines, Diane remained behind as her parents and older siblings immigrated to the United States. Although they followed the established legal process to establish residency and petition family members, Diane’s parents waited 11 years for their daughter to finally join them.

The contrast between Diane’s immigration journey and my own is significant. My mother and I waited only a year to leave the Philippines and join my father in San Francisco. Within four years, we became naturalized citizens. While I am usually hyperaware of the structural obstacles I face as a first-generation college graduate of a working-class family, I often neglect to pay attention to the privileges I have been afforded.

I often neglect to pay attention to the privileges I have been afforded.

When I completed a master’s degree, I joined the 8.7 percent of Americans with advanced formal education. My citizenship is a more valuable asset in light of the current anti-immigrant political climate. As an educated Filipino cisgender male who holds a U.S. passport and practices Christianity, my privileges give me numerous advantages. While my immigrant parents’ sacrifices positioned me for “a better life”, I have spent the last 10 years working out to best fulfill the responsibilities that comes with privilege.

While my immigrant parents’ sacrifices positioned me for “a better life”, I have spent the last 10 years working out to best fulfill the responsibilities that comes with privilege.

My faith and activism have led me to work in various universities, advising and supporting students of color. Often, I am one of very few Asian American men in a visible student affairs role and thus have worked with many Asian American college students and organizations. Although I get increasingly older compared to first-year students, I see a lot of my former self in them: hard workers who expect just rewards, driven by parental pressure to succeed.

When I attended the University of California in Berkeley, I didn’t expect to be transformed by ethnic studies classes and a community of student of color activists. I began to peel back a sanitized, surface-level understanding I had of the world through my engagement with activists and critical ideas.

The first layer shed was my self-image. In the post-affirmative action environment of California, institutionalized inequalities had increased the gap between the number of students of color graduating high school and the number entering the UC system. While I was a diligent student, I was one out of 4,000 in high school. Programs that reached out to me as a first-generation, college-bound student from a low-income background were crucial to me being a competitive applicant. With this newfound knowledge and insight, I realized that the spot I “earned” was inherently tied to mechanisms that prevented other eligible students from sitting next to me in class.

The spot I “earned” was inherently tied to mechanisms that prevented other eligible students from sitting next to me in class.

Second, I began to separate myself from the notion that college was only meant to better my family and myself. Not only was I learning from activists, but I was also working alongside them and figuring out how I could best give back to my community and leverage the privilege of being a college student. Organizing equitable campus services, supporting low-wage service Filipino workers, and being a college counselor to local high school students from immigrant backgrounds were key experiences that shaped my college life.

As I continue to mentor Asian American students with many options before them, I think about the story of Esther. Born into an exiled ethnic minority that had little social standing in Persia, Esther was brought into the palace through a social system that allowed the king to collect women for his service. Only because King Xerxes was done with Queen Vashti was Esther able to gain his favor and become queen.

Esther could have focused on her own continued survival and path toward the “good life". In fact, she did not readily agree to assist Mordecai when he asked for her help in saving the Jews from destruction. And his response was, “Don’t think for a moment that because you’re in the palace you will escape when all other Jews are killed. If you keep quiet at a time like this, deliverance and relief for the Jews will arise from some other place, but you and your relatives will die. Who knows if perhaps you were made queen for just such a time as this?”

Just as Mordecai laid out what was at stake for all of the Jews, including Esther in her privileged position, this is the kind of message I strive to impart to Asian American young people who are expected to be model minorities, trapped in believing in their own merit. We have serious decisions facing us all.

As a community of immigrants, will we stand to recognize the dignity of all immigrants and eliminate the fear of deportation? As beneficiaries of the Civil Rights movement, will we advance the rights and lives of the Black community? As the U.S. enacts state violence domestically and abroad, are we willing to sacrifice ourselves, just as Esther was, in order to prevent more deaths?

As beneficiaries of the Civil Rights movement, will we advance the rights and lives of the Black community?

While these are questions for all of us to ask ourselves, I want to be clear that I don’t see these issues as isolated from Asian American communities. For those who have wealth, status, and comfort, can we recall when our families were impoverished? Can we see the realities facing other Asian Americans? And as we try to climb up and pull ourselves out of dire situations, can we have empathy toward other communities of color struggling to do the same?

I have been blessed with students who have come to my office hours and taken courses with me because they come with an open mind, a heart of self-compassion, and care for others. I have counseled many Asian American students who have found it painful to articulate the negative aspects of their lives for the first time. Whether discussing intergenerational trauma that manifests itself as family violence or coming to terms with how much they have internalized racism, students are not only interested in nursing their wounds, but also channeling their awareness into a transformative force.

This is not always easy, especially when students learn that they may have a role in reproducing the very injustices that have hurt them. What can be even more difficult is figuring out where to go in life after college. Will they choose a more familiar path, or a less traditional one that advances the needs of others?

Will they choose a more familiar path, or a less traditional one that advances the needs of others?

Esther ultimately uses her power to plead to King Xerxes to save the Jews from “those who would kill, slaughter, and annihilate” them. We have been given opportunities through God’s blessings and provision. My prayer is that we, as Asian Americans, shape our story to resemble Esther’s.

We have been given incredible opportunities through God’s blessings and provision. 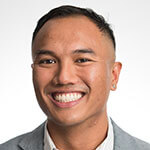 Jude Paul Matias Dizon (him/his) is a doctoral candidate at the University of Southern California. His interests broadly pertain to racial equity in higher education, policing and incarceration, and Asian American and Pacific Islander students. 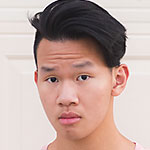 Kelvin Chang moved to Southern California from Jakarta, Indonesia. He loves photography. In his free time, Kelvin loves to take pictures and practice his editing skills.