In Search of Stronger Spells

Part of 2 of in
By Justin A. Bailey
Illustrations by James Cheong
Mar 01, 2017 | min read
Part of 53: Celebration
82 Snaps
82 0 Snaps
Oops! Something went wrong while submitting the form.

IS THERE STILL SPACE for joy in a disenchanted world?

This is one of the questions that sent me back to seminary. The return to school was a surprise, at least to me. After finishing my M.Div, I was so burned out from reading that for 12 months I only read the Bible and comic books (not a bad year). I had not intended to return to school. I wanted to spend my time doing things. But I began to encounter questions that needed better answers. So I went back to school.

I was serving as the full-time English ministry pastor at a Korean American church in the Chicago suburbs. The ministry was composed of about 70-80 youth and emerging adults, with a strong team of volunteers, and a supportive Korean ministry. As a Filipino American, I was shown an incredible amount of grace and given ample space to experiment without micromanagement. Everything seemed to be going well.

And yet, what I encountered in the lives of the people to whom I was ministering was a haunting sense of meaninglessness. The students were academically successful, socially integrated, and biblically informed, yet plagued by the everyday experience of emptiness.

The students were academically successful, socially integrated, and biblically informed, yet plagued by the everyday experience of emptiness.

One college student described it to me this way: “When we are in church and I’m listening to the preaching, it’s like you are weaving a spell. I believe, and the world makes sense to me. But then I walk out the door of the church and it’s like the spell is broken.”

Sunday might be full of meaning and joy, but disenchantment, despair, and doubt reigned just outside the walls of the church.

I scrambled to account for what was going wrong: Was it a lack of good models? A failure to put their faith in practice? Why did it seem as if everyday life was lived in a different universe than the one we inhabited together on Sundays?

And yet as the one doing the preaching, I felt the disenchantment too. Why did what felt so believable on Sunday not feel as believable on Monday? What had changed? Why did God often feel far away, when I was trying to serve him? Where was the fullness of joy?

So after five years out of seminary, I went back to the books. I wanted to know how the experience of excess that sometimes happened on Sundays could be extended into the emptiness of the week. I wanted to know if it was possible to disciple not only the intellect, but also the imagination. In keeping with the student’s analogy, I needed stronger spells.

The metaphor of a spell is appropriate, because we live in a time of disenchantment.

We no longer find ourselves already participating in a mysterious and richly meaningful world; instead, we have the sense that the universe is indifferent, and the only meaning to be had is the meaning that we ourselves must make. The metaphysical burden is great: Find your own unique way of being human.

And yet, even as we struggle to make the best of it — filling our emptiness with busyness — every once in a while we are pierced with a sharp experience of joy. It might happen when watching a movie or reading a book or hiking a trail or playing with your children.

My wife and I recently had such an experience as our son watched the new “Pete’s Dragon” movie. When the eucatastrophe — the sudden surprise of good — happened at the end, Benjamin burst into tears. Even as the movie ended, the tears of joy continued: “I don’t know why I can’t stop crying”, he kept saying. And we cried too, tears not just of empathy and closeness, but of identification.

We long for the surprise of joy; we anticipate its arrival. But if the story is told well enough, we are still surprised when it happens.

We long for the surprise of joy; we anticipate its arrival. But if the story is told well enough, we are still surprised when it happens.

When joy pierces our hearts, we are overwhelmed with the experience of excess: the possibility, or even the presence, of a beauty, goodness, and truth not of our making. Joy happens, and we are left looking for a way to explain the experience.

The work of Charles Taylor has helped me immensely. He writes that when we talk about disenchantment, there are really only two options. First, a subtraction story: The world was never really enchanted in the first place. Science has now scraped away all of superstition, and we have begun to live in the real world. We have, in a sense, emerged from the cave of ignorance into the desert sun of scientific certainty.

We have, in a sense, emerged from the cave of ignorance into the desert sun of scientific certainty.

But the other option is addition. In other words, what if we have constructed a frame to shut out the transcendent, to prevent the possibility of enchantment, because it keeps us in control? This would not be like emerging from a cave but rather building a stone castle and then believing that the cave or the castle, with its solid walls and ceiling, encompasses the only real world. In this case, “disenchantment” is actually an active enchantment that eclipses our imaginative apprehension of the deepest layers of reality.

C.S. Lewis put it well in his sermon, “The Weight of Glory”:

“Do you think I am trying to weave a spell? Perhaps I am; but remember your fairy tales. Spells are used for breaking enchantments as well as for inducing them. And you and I have need of the strongest spell that can be found to wake us from the evil enchantment of worldliness, which has been laid upon us for nearly a hundred years.”

"You and I have need of the strongest spell that can be found to wake us from the evil enchantment of worldliness, which has been laid upon us for nearly a hundred years.”

I went back to school looking for better answers. What I found were better questions, which eventually led me to pursue a Ph.D. at Fuller Seminary. The more I studied, the more I became convinced of the centrality of the imagination, and the significance of how cultural experiences and categories shape the imagination, limiting and facilitating experiences of excess, meaning, joy, and God’s presence.

I also began looking for a different way of engaging crises of faith and doubt. I became convinced that many of these crises were experienced imaginatively, and not just intellectually. And then I began to ask, what would it look like to do ministry in a way that takes the imagination into greater account?

The most direct application of my research has been in the area of Christian Apologetics, a class I teach at Fuller Seminary. “Apologetics” is a word laden with baggage, and students are often wary of the class, wondering if they are going to learn how to win arguments: “If they say that, then you say this.”

But “imaginative apologetics” starts with looking at the conditions of belief: the imaginative context in which beliefs become believable or unbelievable. If Christianity is not just a system of beliefs, but an imaginative vision — a generative way of seeing and being in the world — then what keeps people from being able to inhabit the Christian imaginary? What keeps people from experiencing the gospel as good news? How do we create spaces of imaginative hospitality for others to experience the joy of the good news?

How do we create spaces of imaginative hospitality for others to experience the joy of the good news?

If our problem is not primarily a matter of intellect, but of imagination, then imaginative engagement will be necessary in re-enchanting the world. Which means that we need to tell better stories, make better art, and invest ourselves in creative projects that make space for others. Because this is what our best works of imagination do: They create space. They facilitate the immersive experience of sight with someone else’s eyes. If our minds have been enclosed within a disenchanted frame, then beauty has the power to crack the frame, making space for joy.

If hours of research sometimes bring me to tears, it is usually because of the ordinary pressures of being an aspiring academic. But every so often, I am seized by unlooked-for tears of a more welcome sort.

Once, when researching the imagination, I stumbled across a sentence from C.S. Lewis that struck me with the familiar shock of joy:

“For this end I made your senses and for this end your imagination, that you might see My face and live.”

“For this end I made your senses and for this end your imagination, that you might see My face and live.”

And there they were: tears, like Benjamin’s tears at watching “Pete’s Dragon”, tears of longing and hope and joy. The experience of emptiness has followed me throughout my studies; but so has the experience of excess. 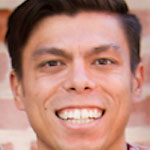 Justin A. Bailey is a PhD candidate and adjunct professor at Fuller Seminary. His doctoral work explores the intersection of the imagination and apologetics, with special reference to the work of George MacDonald and Marilynne Robinson. He also serves as pastoral assistant for teaching and discipleship at Grace Pasadena. He and his family live at Madison Square, an experiment in intentional Christian community. 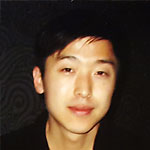 James Cheong is a concept artist working in the entertainment industry. He likes making cool stuff.