Listening to Women in the Bible, in the Church

Part of 5 of in
By Chloe Sun
Illustrations by Alice Young
Aug 01, 2017 | min read
Part of 57: The Power Within to Create the World Anew
16 Snaps
16 0 Snaps
Oops! Something went wrong while submitting the form.

I will never forget the day I was crying in a little room next to the English chapel, holding my newborn baby as my husband was preaching on the stage.

At that time, both my husband and I were recent seminary graduates. He received a Master of Theology and I received both a Master of Divinity as well as a Master of Sacred Theology. I received all the necessary trainings as a preacher and a pastor, but upon graduation, my husband soon became a pastor and I, a pastor’s wife.

I received all the necessary trainings as a preacher and a pastor, but upon graduation, my husband soon became a pastor and I, a pastor’s wife.

For the church, this was a “buy one, get one free” deal, and such is a common practice at most Chinese churches. A sense of injustice arose from within my heart as I voiced my protest to God: “It is not fair.”

The root for gender inequality at most churches arises not only out of cultural values that women should be submissive to men; theological interpretation and church tradition also shape how women are perceived and treated at church.

As a professor of the Old Testament, I will focus more on the Old Testament negative and positive voices regarding gender, in hopes that the church will continue its conversations on gender for its own benefit.

Negative Portrayals of Women in the Old Testament

Since the time of creation, God has set the standard of what is good and not good. When God created all six days, he saw that it was exceedingly good (Gen 1:31). In Genesis 2, God also said that “it is not good for the man to be alone” (Gen 2:18).

However, Eve replaced God’s standard with what she saw as the standard of goodness, and the negative portrayals of women in the Bible start with the first woman. Genesis 3:6 reads: “When the woman saw that it was a delight to the eyes, and that the tree was desirable to make one wise, she took from its fruit and ate.” Eve’s choice affected the entire human race and hence, the idea that woman is “evil” permeates the perception of women.

Women were also perceived as less valuable than men in Israelite laws, where the value of a woman is 30 shekels compared to a man’s value of 50 shekels (Lev 27:2-5). Women are considered more unclean than men. If a woman gives birth to a male child, she shall be unclean for seven days. By contrast, if a woman gives birth to a female child, then she shall be unclean for two weeks (Lev 12:1-5). Laws regarding female slaves and male slaves also differed; if a man sells his daughter as a female slave, she is not to go free as the male slaves do (Ex 21:7).

This stigma of women is especially apparent when Israel is personified as female in the Old Testament, portrayed as an adulterous woman who goes after other gods. God addresses her directly as “the harlot” (Ezek 16:35) and “the adulteress wife who takes strangers instead of her husband” (Ezek 16:32, 35). In Proverbs, the adulterous woman is set as the antithesis to wisdom. She embodies death and leads one to Sheol (Prov 9:13-18).

Throughout the three divisions of the Hebrew Bible — the Law, Prophets, and Writings — images of women as evil, troublesome, sinful, unclean, and adulterous dominate.

Counter Voices within the Old Testament

In many churches, people seem to identify automatically with the negative images of women in the Bible more than the positive ones.

Paul’s comment on “women should not preach” (1 Tim 2:12) contributes to a theological basis that only men should be the leaders, but it does not take the cultural context of Paul’s statement into consideration. Back then, women at church were seen as boisterous without much education. Therefore, Paul urged them to remain silent.

When forming one’s own view on gender, one needs to examine both the theological perspective and cultural context of the Bible in order to have a balanced view on how God sees gender. In light of the pervasiveness of the negative portrayals of women, the five scrolls, also known as the Megilloth (Ruth, Esther, Ecclesiastes, Lamentations, and Song of Songs), offer a counter perspective.

One needs to examine both the theological perspective and cultural context of the Bible in order to have a balanced view on how God sees gender.

Ruth is a Moabite woman. This ethnic label ties her to the Moabite women who seduced Israelite men in the wilderness (Num 25:1). However, through her loyalty to her mother-in-law, her faith in the God of Israel, and her industrious virtue, Ruth proves to be a woman of excellence (Ruth 3:11), comparable to the woman of excellence in Proverbs 31. She demonstrates that the label of an adulterous woman can be shattered through her noble character.

Likewise, Esther, through her courage and determination, transforms from a passive orphan to a person of action and authority who risks her life to save her own people from genocide. Esther is a heroine, countering women as powerless and inferior to men.

Lamentations is about the destruction of Jerusalem through the voice of daughter Zion. She represents the voice of a female sinner, yet Scripture offers a space for her to express her sorrow. While she repetitively acknowledges her sin (Lam 1:5, 14, 18, 22), she also voices the unjust punishment and the unbearable suffering she has experienced. Through her voice of pain, she counters the image of women as worthless, saying that a sinful woman also has dignity, as well as the right to protest, in the midst of injustice.

In another light, Song of Songs provides a love song that places the female character as the main protagonist who freely expresses her sexuality and desires for her beloved. She speaks more than he does and when he speaks, it is all about her. Her character counters women as adulterous and instead celebrates women as God’s creation and delight. Together, the women in the Megilloth speak contrary to the images of women in the rest of the Old Testament.

As a woman, I see the two contrasting voices of women coexisting within the Scripture.

God’s desire is to have the body of Christ reveal God’s full image: both male and female. The church is like a child who grew up with a father but without a mother. Everything seems fine on a daily basis but only when the child experiences parenting by both father and mother would he or she realize what is missing when only one is present. A mother’s expressions of love and her ways of teaching are different from a father’s, and a child needs both.

The sad irony is that if we are used to seeing predominately male leaders on stage or at the pulpit, we may not even realize that we are missing a full picture of God’s image.

If we are used to seeing predominately male leaders on stage or at the pulpit, we may not even realize that we are missing a full picture of God’s image.

For Male Leaders at Church

A male pastor once said, “To know if a church is healthy is to know how they treat women.” This is informed by how a church understands what the Scripture says about women and their role.

When God created Adam and Eve, God intended a complementary relationship with the man as the leader and the woman as the helper. But the word “helper” in Hebrew (azer) does not suggest a subordinate position, because God is described as the helper of His people (Psalm 121:1).

The way women lead, think, speak, relate, and express are different from that of men. If both genders are involved in church leadership, the congregation would see a fuller picture of God’s kingdom.

The responsibility to make that happen lies with male leaders and pastors, as power resides with them, especially in Asian and Asian American churches. If a male pastor provides ministry opportunities for women or preaches about gender issues in favor of women, it speaks more loudly and effectively than if a woman speaks for another woman.

I am particularly encouraged by a few male pastors who intentionally invite me to preach, not just on Mother’s Day, but on other Sundays as well. Theology informs practice, and I believe male church leaders and theological educators play a crucial part in representing both men and women in leadership, working in harmony.

For Women at Church

It is always tricky for women to find that delicate balance between being vocal and silent, aggressive and submissive, visible and invisible. If we are too loud, we face the danger of being “put down”. If we are too quiet, we face the dilemma of becoming invisible. A woman who dissents, is out of bounds, or is seductive can be negatively perceived in any ministry and work setting.

It is always tricky for women to find that delicate balance between being vocal and silent, aggressive and submissive, visible and invisible.

A year after my crying alone episode, I went on to complete a doctorate in theology and am currently teaching at a seminary. I have chosen this path so that I can fulfill my own calling, but my struggles against gender bias in church have diminished because I have my own realm of ministry outside of church.

However, as I see gender inequality persist at many churches, I lament for the gifted women who worked so hard but do not get equal ministry opportunities as their male counterparts. It is to those women who do not share the same privilege as I have, who experience gender discrimination on a regular basis, that I pledge my commitment to educate my students about gender issues at church.

Scripture has voices and counter voices. We cannot hear one side and keep a blind eye to the other. All voices need to be heard, and if women are not given their proper space to serve, it would paint an unbalanced picture of the kingdom of God.

I encourage church leaders to engage in discussions of gender issues, pay attention to areas of gender bias at church, reflect on how one’s own theological as well as cultural traditions influence the way we look at gender, and consider how they can be corrected in light of Scripture.

I look forward to seeing the fullness of the body of Christ where both men and women serve harmoniously, as though they were singing a duet in the praise of our God. 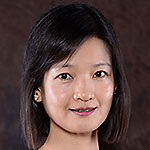 Chloe Sun is the professor of Old Testament at Logos Evangelical Seminary in El Monte, California. She has a doctorate in Old Testament from Fuller Theological Seminary. Her passion is to seek creative ways to communicate Scripture in order to transform lives. Her hobbies includes reading, swimming, traveling, and watching movies.