Loving the Old and Young Children of God

“June was already 30 when she immigrated to America. She was married in China and moved here because of her husband. She wasn’t working when she decided to send her son to China, but she wanted to learn English, attend college, and go to nursing school. All that meant she would have homework and need to spend a lot of time studying.

“Day care wasn’t an option, since it would still require people to take care of him — picking him up and dropping him off. There’s usually a grandpa or grandma from China to help out, but she didn’t have that, since they didn’t come to America with her. And how would she be able to get out of class by 2 p.m. if she was attending college?”

I nodded. As Daisy shared about her friend, the story began to sound more familiar. When I had first considered transnational families, I thought I knew it all. I would proudly recite to anyone who asked about my research that “‘Satellite babies’ are children of immigrants who are sent back overseas to their parents’ home country and raised by their grandparents, because their parents have no time and/or money to raise them on their own.” I’d continue to inform people that nuclear families are fragmented in the event of this separation, and the pieces are distributed globally, with about half a decade passing before parents and children are reunited.

I’d continue to inform people that nuclear families are fragmented in the event of this separation.

I called the director of a childcare program tailored to aid these families as their children, under 5 years old, readapt to life in the States. When I asked her for an interview on “satellite babies”, she promptly turned the interview down, firmly saying: “We take offense to the term ‘satellite babies’. It’s extremely derogatory. We prefer the term ‘transnational families’.”

Despite my ignorance, I had the chance to speak with another program director, a professor who had written her dissertation on these families, and with Daisy, who had agreed to share her busy friend’s story with me. I also had the chance to hear and listen to the stories of these separated families.

“June told me that she sent her son away when he was two or three years old. He was already 8 years old by the time she finished her schooling and began working as a nurse. June’s son was incredibly disobedient when he came back to America — he wouldn’t listen to her or his teachers, and kept to himself all the time. June was worried, as he hadn’t acted like this in China. So she came to me for help, since I’m also a single mother. I didn’t meet him until he was in junior high and found him to be incredibly shy. This was primarily because of his language ability — I think he didn’t want to talk because he figured he wasn’t very good at English. But it was also his personality, as he hadn’t developed any social skills in America.

“Those first 10 years of a child’s life are crucial to their growth and the development of their personality. If you’re not there to help them during those years, you’ll miss them. June’s son spent a lot of his time learning English after he came back. When he was in school, he was in ESL classes. After school, he was at a learning center for ESL. Saturday school was also ESL. He was constantly trying to learn, learn, learn, but lacked the social skills to interact with people here — he was suddenly separated from everyone he knew, even his own mom felt like a stranger. Children who grew up in America went to drawing classes or swimming lessons and had other opportunities to socialize, but he didn’t have these opportunities; he didn’t have the time.”

After reading newspaper articles about transnational families, I had seen what most people also assume to be true: a child suffering the consequences of their parents’ selfish decision to send them a way, a decision made because of monetary concerns. I had turned to judgment, writing the parents off as cruel to subject their children to all the attachment problems and trauma that they would wrestle with for the remainder of their childhood or longer.

We know that God loves children (Matthew 19:13-14), so how could a parent deprive them of a home, allowing them to be ripped from their caregivers twice in the first decade of their lives? How could a loving parent subject their children to such suffering? Does love even exist in such a drastic and voluntary separation?

How could a loving parent subject their children to such suffering?

As I pored through the literature, I came across Kitching Rhoda Wong’s dissertation, and all that I thought I knew proved only to be a mask concealing the complexities of transnational families. Those pages moved me, as I realized the reasons parents send their children away were infinitely more complicated than what I had believed was a simple monetary motivation. They involved societal norms, family expectations, culture, and finances: a multitude of pressures that the parents typically had little control over. In their immigrant communities, often the only communities these parents knew, they were not asked “Are you going to send your child away?” but instead, “When are you going to send your child away?”

The reasons parents send their children away were infinitely more complicated than what I had believed was a simple monetary motivation.

I was moved to tears. Wong’s paper wasn’t dedicated to the story I had so often heard, but rather to another story of transnational families that I had failed to notice. It was dedicated to the mothers, the very ones I had judged.

Months later, my thoughts were still haunted by the images that had plagued me upon my initial reading. A mother clung to her child as she wept silently in the airport, so as not to draw attention to herself. As a man, a stranger hired to bring her child to China, took her infant in his arms and walked off, her baby unknowingly turned its cheek away from her. Her heart broke and she lamented how her own child would soon forget the sound of her voice. She stood in the same spot for hours after the plane had left, crying from the sheer pain of her child’s absence.

Another mother would wake up several times each night in the months following the separation between her and her child. Instinctively, she would get out of bed to check on her child, only to find an empty crib. Each time, she would wake her husband in her panic, sick to her stomach over their missing child. Each time, she would cry as she went back to bed, while her husband reminded her that their child was no longer there.

I began to sense June’s own heartache from being away from her child, when Daisy recounted how June returned to China often to see her child. I imagined how difficult that would be for her to do amidst a taxing season of work and school. While most mothers opt against speaking about their pain, they occasionally reveal hints about their own trauma from the separation. They ache and mourn quietly their desire to be reunited with their loved one. They are wrought with guilt and regret from the burden of their choice — the only choice these parents know or the best that they can find.

While most mothers opt against speaking about their pain, they occasionally reveal hints about their own trauma from the separation.

God loves these children. This was a truth I stubbornly clung to, even when I heard about the children with attachment problems, those misbehaving in school because of their unfamiliar environment and unfamiliar parents. I was frustrated, knowing that God’s adoration for them was such a contrast to the feelings of alienation they experienced in this world; though He desired to give them heavenly gifts and to welcome them in His family, their lives on earth were strained with displacement.

Yet God also loves the parents. This truth was harder for me to swallow. God mourns for their children, but He also mourns for the parents, knowing their unspoken pain in sending their child away. “The Lord is close to the brokenhearted” (Psalm 34:18) and His compassion for these parents, the foreigners, and those crushed in spirit is made clear throughout Scripture. God transformed me, slowly revealing His heart for them. He led me to stories of these mothers that allowed me to weep for them as they struggled and were forced to part from their children. God was patiently chipping away the hardness in my heart toward these parents and teaching me to love the way He does.

*June and Daisy’s names have been changed to protect their privacy. 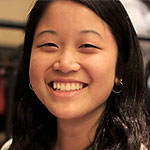 Kelley Zhao is a student at Washington University in St. Louis and an active member of its Intervarsity chapter. She is a former editorial intern at Asian American Writer’s Workshop with a draw towards the stories of Asian American identity formed in urban landscapes. When she’s not studying for exams and writing papers, she loves to travel with her mom and play with her dog.