More Than Just a Label

“NOTHING TRUE CAN BE SAID about God from a posture of defense,” Marilynne Robinson wrote in her magnificent book, “Gilead”. I suppose any article that deals with gender and church ministry can’t help but be written from a defensive point of view — there is still so much to be fought for, so much to prove, and a good deal to lose if the church doesn’t engage the dynamics of gender and ministry. With that in mind, if you’ll let me, I thought I’d spend this time speaking from the perspective of a woman who is trying to faithfully contribute to the work and story of God.

In my late twenties, my mother and I were speaking about my calling and ministry, what it meant for me to be a faithful disciple of Christ. She was my best friend and my greatest support, so her answer rattled me a bit. With nonchalance, she explained that my most important calling in life was to be a helper for my brother who had the real calling and anointing of God.

With nonchalance, my mother explained that my most important calling in life was to be a helper for my brother who had the real calling and anointing of God.

It stung, and I spent the next several hours that evening questioning my own personal value — if all I was valuable for was to be an adjunct to someone else whose life had true meaning and purpose. I can go into all kinds of tangents talking about my mother’s cultural worldview, but the simple conclusion is that she had not considered that God would have a ministry prepared for her daughter apart from her son.

Add to that the fact that I am still single at forty, unmarried, and without children, and the story becomes a bit more muddled. In discussing my part in my church’s ministry, my pastor said to me, “I don’t know what to do with you.” Ouch.

In discussing my part in my church’s ministry, my pastor said to me, “I don’t know what to do with you."

Of course, much of the context behind that statement can’t be explained in literature as short as this, but the statement is telling. I don’t belong anywhere according to the pastor’s statement — I was not a college student, not a young adult, not married, not a single male pastor; I wasn’t ordained, wasn’t a deacon, didn’t want to be part of the hospitality committee, and yet I was educated with a seminary degree in theology. I had a voice in people’s lives, but I was a quandary because I couldn’t be categorized in the conventional ways.

I was a quandary because I couldn’t be categorized in the conventional ways.

All this sounds like complaining, and perhaps it is to a small degree. But really, my thoughts hinge on how I and other women like me can survive and thrive in a church setting that really does not know what to do with us.

I once thought that unless I was married, God would not be able to use me because I was incomplete. True, I believe marriage is a great institution to learn unconditional love and sanctification. But perhaps marriage should be understood as a meeting of equal minds, two people coming together to unite rather than to complete each other. Using that paradigm, I find that I am specifically gifted with wisdom and understanding of my own person. My whole identity is bound up in who the Father says I am in Him: loved, accepted, needed, and protected, which then leads me to my next thought.

I once thought that unless I was married, God would not be able to use me because I was incomplete.

Living in the United States, people often ask others what they do for a living as a way of getting to know them. We are teachers, pastors, engineers, and missionaries. Perhaps it is fair to say that what we do is so bound up in who we are, that when we are attacked professionally, we also feel attacked personally.

Maybe one good way to talk about identity is to consider those things that offend us, the things we feel we need to protect or defend. We are offended when our intelligence is questioned, when our income is ridiculed, or when our senior pastor doesn’t acknowledge our hard work and dedication.

I often consider what Mother Teresa once said about humility, “If you are humble nothing will touch you, neither praise nor disgrace, because you know what you are. If you are blamed you will not be discouraged. If they call you a saint you will not put yourself on a pedestal.” I think this is how Mother Teresa was able to enact so much impact and change in her world — her identity was tightly bound up with the Father.

So what is my task as a single, unmarried woman in ministry? I was personally dissuaded from teaching in my church, to not be a competing voice in the congregation. In a setting where I felt marginalized, unappreciated, and misunderstood, the temptation is to grasp after my rights, to defend my talents, and to assert my God-given abilities.

As a single woman, I often feel that I don’t have someone unconditionally on my side, a husband or boyfriend who can stick up for me and defend me. So the temptation is to stick up for myself, assert my own worth as a woman, protect myself, and aggressively ensure I have a voice.

But I’ve seen that as I let go of trying to grasp for things — let go of the tight fisted clutch on my own personal rights and entitlements — that God has opened doors for new realizations and new ministry opportunities. By no means am I saying that single women should let go of their rights, or let people walk all over them. Maybe what I’m saying is that people will inevitably misunderstand and exclude. I think that’s really just the human condition.

But even when that happens, I can choose to continue living out my giftings with wisdom and courage, doing so with open hands, trusting in God’s pleasure and presence with me, even in the midst of hurt and exclusion. Lately I’ve been trying to live with open hands. It’s strange, but people who I’ve never met have somehow found me, asking me to come and teach as an instructor.

Even writing this article is a bit of a mystery to me because it came at a time when I felt I had lost my voice. To be sure, I’m not a believer in the prosperity Gospel; I’m not saying that living with open hands means always getting what you want. I’m simply saying that open hands express a belief that God’s giving and taking are according to His own good and faithful plan.

Even writing this article is a bit of a mystery to me because it came at a time when I felt I had lost my voice.

On living without defense

Ultimately, the story I want to tell is the story of God. When I linger on the injustices of being a woman and a single woman at that, I become defensive and protective of my rights and privileges. Don’t get me wrong, I am an advocate for women to have greater levels of authority in the church.

But perhaps what we ought to strive for is not defensiveness in promoting our own personal story if indeed “nothing true can be said about God from a posture of defense.” It hurts that my mother did not believe in my ministry; it hurts when my pastor and my church don’t know what to do with me; it hurts when people pity me for being single. I suppose I have many reasons for being defensive, but what if nothing true can be said about God in my ministry because the message is muddled with my own defensive causes.

Change needs to be instituted in the church, and I see already that there are changing attitudes towards singles and women in the church. But, as the wheels of change are in motion, perhaps we can prayerfully and humbly contribute to that change through living out our identities with the fear of God as our guide, all so that we can say something true about God from a posture of love.

Change needs to be instituted in the church, and I see already that there are changing attitudes towards singles and women in the church. 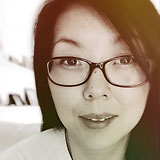 Debi Yu currently works at Fuller Theological Seminary where she is also finishing up her master’s degree. She previously served at a church in Southern California and with YWAM in Southeast Asia. 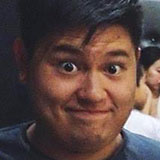 Andy Hsiau graduated with a degree in art and animation from California State University, Los Angeles. He currently works as a sketch artist for a home decor company. His dream is to illustrate children’s books and share the gospel through art.