Part of 2 of in
By Eugenia Leigh
Illustrations by Jennifer Kim
Apr 01, 2016 | min read
Part of 42: Hands On
0 Snaps
0 0 Snaps
Oops! Something went wrong while submitting the form.

AS A POET whose inner circle consists mostly of non-poets, I field a lot of questions. Poets know to expect questions. We also know to expect that a lot of these questions will come paired with unsolicited assertions about poetry. Statements such as "I don't read poetry" or "I don't understand poetry". Then these friends and strangers alike will pause that predictable pause and stare as people do when they require answers. "Why, of all the things a human could be and do, are you a poet?"

"Why, of all the things a human could be and do, are you a poet?"

When I feel patient and magnanimous, I recognize this as a unique privilege. To be forced, over and over again, to articulate why what I do matters. To be pushed to reflect on what I believe is my "calling".

But most of the time, I feel insecure. About my art, about myself as a human, about my meager contributions toward a capitalist society that demands to know what objects of value I've produced. Or I feel tired. So I crack a joke and change the subject. I avoid answering the questions altogether.

My first exposure to contemporary poetry was in junior high, when I was told to adopt and research a poet from a list, then recite one of his or her poems to my English class. Being a hormonal and curious kid, I chose Anne Sexton because — no joke — her name had "sex" in it. My research into Sexton's life became my introduction to the world of mental illness and suicide, and her poems began to give shape to the violence in my own broken family.

Hiding our demons and showing off our best selves are ugly cultural norms for both Asian Americans and Christians. Growing up in a Korean American family in which my parents were church leaders, I was primed to lie about the abuse in our home. I was a minister's daughter and the daughter of immigrants. We were a prideful people with a lot to prove, and telling the truth to others would damage the foundation of our public identity.

Hiding our demons and showing off our best selves are ugly cultural norms for both Asian Americans and Christians.

So when my 12-year-old self got a hold of Anne Sexton's "Red Roses", a poem about an abusive mother who teaches her battered toddler to lie about the child abuse, I shook with both horror and awe that out of all the stories to be told, one so resonant with my experiences would find its way to me.

At that age, I still hadn't told anyone other than social workers about the domestic violence and police visits. I was a straight-A student, well-trained to be as bubbly or as polite as a situation called for. What I mean to say is: I can't articulate how desperately important reciting "Red Roses" to my English class was to my 12-year-old self. I wanted so viscerally for someone to hear the poem and understand it as personally as I did. And more than anything, I wanted an opportunity to tell the truth, however veiled it might be.

Jack Nicholson said to Tom Cruise in "A Few Good Men", "You can't handle the truth." Emily Dickinson said the same when she wrote, "Tell all the truth but tell it slant" because "The Truth must dazzle gradually / Or every man be blind — ".

According to Jack and Emily, we can't handle the truth, and the truth can blind us. But I know from decades of pain that avoiding the truth will also damage the best of us. The truth is, for better or for worse, necessary.

But I know from decades of pain that avoiding the truth will also damage the best of us. The truth is, for better or for worse, necessary.

Poets exist to help us digest what is true.

If Jewish and Christian Scriptures are full of the truth that Jews and Christians believe God wanted us to know, then it's powerful to note that approximately 75 percent of the Hebrew Bible and the Christian Old Testament consist of poetry.

The first time a poem appears in the Bible is in the book of Genesis. When Genesis was written, the reigning Babylonian creation myth, the En˚ma Eliö, involved a number of gods with personal vendettas against humans, who were fashioned from the blood of a murdered god. This is obviously a rudimentary synopsis, but my point is that the going worldview of that era likely taught the author of Genesis that humans were generally expendable and at the mercy of the gods' unpredictable and violent whims.

In the first of the Bible's two creation stories, the author of the book of Genesis tells us that God made the stars and sea creatures and wild animals. Then smack in the middle of that hunk of prose, the author injects a tercet:

"So God created man in His own image,in the image of God He created him;male and female He created them."

This is the first time poetry appears in the Bible. After these three lines, the author reverts back to prose to write the rest of the chapter.

The first event the writer of Genesis decides to spotlight in a poem is when God creates humans. The prose writer pauses here to pay special attention to his craft and create an intricate three-line poem as if to mirror God's own process. As if to say to that generation of people haunted by their angry gods: "That's how well cared for you are."

As if to say to that generation of people haunted by their angry gods: "That’s how well cared for you are."

Creation stories have long helped us make sense of our lives. What relegated us to this battered planet. And why. The world's earliest poems came in the form of oral histories that gave us insight into who we are and where we come from.

It's possible the writer of Genesis wanted to give his readers a more comforting interpretation of the Powers That Be: God is not out to get us. God cares deeply for us and wants perfection for us. We are here because God wanted us to be here. A countercultural story that is less murder drama, more cheesy love story.

This revolutionary take on how God might value humanity likely came as a rich surprise to an audience who had believed that the gods despised them. The idea is just as inconceivable in our own culture, which insists on a variety of explanations for why we are here, few of which include a Creator's intention or love. To consider, then, that a Creator God would go on to debase Himself by adopting human form and dying a human death to further communicate that love? Imagine that. To live as though we know we are certainly and recklessly loved.

This revolutionary take on how God might value humanity likely came as a rich surprise to an audience who had believed that the gods despised them.

If poets are to glean from God what it means to be a creator and a truth-teller, then maybe it's to help our audiences digest the truth; we need to tell it with love. Love the reader. Love your truth. Our job is to break hearts, yes, but it is our responsibility to mend those hearts as well. 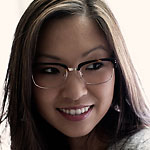 Eugenia Leigh is the author of “Blood, Sparrows and Sparrows” (Four Way Books), the winner of the 2015 Late Night Library Debutlitzer Prize in Poetry. The recipient of fellowships and awards from “The Frost Place”, “Poets & Writers Magazine”, Kundiman, “Rattle”, and the “Asian American Literary Review”, Eugenia received her MFA from Sarah Lawrence College and lives in Brooklyn, NY. 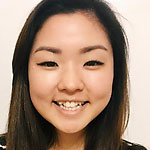 Jennifer Kim is a fine artist and illustrator from Irvine, CA. She draws her inspiration from nature, emotions, and the people around her. She enjoys painting and spending time in the great outdoors as she continually seeks to grow in her art practice and faith.