MY FAVORITE TYPES of games are the ones that teach life lessons — but you don't even realize it, because you're too busy having fun.

"Monopoly" teaches you the true value of money, that being rich isn't worth it if everyone hates you in the end. "Mafia" teaches you that people lie, even your closest friends. "Risk" teaches that sometimes, taking risks is necessary in order to succeed. "Scrabble" teaches you the value of words and that "QUARTZY" is indeed a real word.

Most games are played for leisure, but each game contains the shadow of an adventure that our souls long for. So I started creating board games at a very young age. In addition to growing up in a private school, I was cute, chubby, eccentric, and at the bottom of the food chain. I was often picked on and left playing alone. In my solitude, I ventured into my mind palace, where I created whole universes with characters that lived out anime-esque storylines. I would flip through these universes like television channels as I circled the outskirts of the playground, while other students were throwing rubber balls at one another and shooting basketballs into hoops.

Most games are played for leisure, but each game contains the shadow of an adventure that our souls long for.

One day, to pass the time, I decided to convert one of my stories into a board game. I don't exactly remember the rules of the game, but I do remember that people actually played that game with me. I made several more games after that. At first, few people would participate. But on one fateful day, my conservative school decided to ban "Yu-Gi-Oh!" and "Pokemon", two very popular games at the time. Like any good rebellious child, I found a loophole, and created my very own trading card game.

This was my first popular game. Surprisingly, classmates actually paid to buy photocopied cards from me for a whole 75 cents a pack — which wasn't too shabby for a fifth grader.

THE BIRTH OF FN BS

"FN BS" is a micro card game based on the seven deadly sins and Truth, also known as "Veritas". It's a game filled with plenty of deception, perseverance, and strategy. "Sin players" compete to survive by collecting resources and eliminating other players by using whatever "Sin powers" they hold in their hand. But Sin players must watch out for the "Veritas player", who will try to turn them into Veritas players. The twist: players can lie about what Sin powers they have. A player literally calls "FN BS" when he or she thinks someone is lying.

The idea for this game started when I realized that most Christian board games were either lame or cheesy. I started with an unconventional idea: What if I made a game where the good characters were not seen as the focal characters and, instead of acting like heroes, they were treated like zombies? The difficult part was actually building a good game around it.

What if I made a game where the good characters were not seen as the focal characters?

Then microgames started trending, and I found a way to simplify the game and make it enjoyable. Coming up with the Sin powers  for the Sin players and how they interacted with the Veritas players was my favorite part of  the process.

To anticipate how people would play the game and use certain powers, I always asked the question, "How can I abuse this rule or power?" I imagined how people with an eye for ruthlessly cheating the system would play the game. When I exhausted my own personal powers of manipulation, I found some good friends with crafty minds to play and try their best to find something to exploit. With a few tweaks of game powers and clarified wording, I had a product that I was proud to share.

I imagined how people with an eye for ruthlessly cheating the system would play the game.

That product is essentially a story that players can live out and influence for a time being. For some games, it's as a level-30 wizard or a settler desperately trying to trade sheep for some bricks. But after receiving so much positive feedback from people asking me to make them copies of the game or wanting to keep on playing, I knew that God had blessed me with something special.

That's when I noticed that people who played my game would easily get into character. Frankly, I think it's because being a Sin player comes naturally for everyone. The seductive charm to "FN BS" is that it allows players to indulge and act out of sin without real world consequence. Players can use gluttony to hoard resources to their heart's content. They can inflict wrath on anyone they please. The confines of the game let you scratch those itches "safely". When the Veritas player is introduced, it adds a new dimension to the gameplay, thus increasing its replay value and deepening the story that "FN BS" tells.

The game magnifies the allure of sin as self-gratifying fun and the capacity of sin to hurt others, whereas pursuing veritas ("truth" in Latin) leads to true victory. "FN BS" can hit a bit close to home, because it involves tapping into desires people struggle with in the day to day. The game can be fun, but it also opens greater conversations about the gospel and the freedom God offers. The game provides an easy space and vocabulary to start exploring those topics.

The game can be fun, but it also opens greater conversations about the gospel and the freedom God offers.

FREEDOM WITHIN THE RULES

But none of the gameplay or winning matters if players don't follow the rules: The corrupt banker pocketing money in "Monopoly". Peeking at night to see who is who in "Mafia". Rigging the game with loaded dice in "Risk". Going to the bathroom and using your iPhone to find a high-point word in "Scrabble".

If God were a game maker, then perhaps the universe is His game filled with fun mini games titled "Eating" and "Driving Fast". People tend to think that rules are boring and restricting, and they suck the fun out of life. But like in any good game, good rules do the opposite; they enable and guide players to enjoy the fullness of the game the way the maker intended. I'm still in the process of fine-tuning how to write the rules for "FN BS" in a way that is easily understandable and accessible. Thankfully, God conveniently has a book I can reference.

In "FN BS", players indulge in the powers of sin in order to win and be crowned the last remaining player. “Sin players" even have the ability to lie about their sins to gain an upper hand. But if a "Sin player" gets converted into a "Veritas player", their goal changes and they no longer rely on their sins, but on the Truth. Their shared victory comes when the Truth transforms all who are still alive.

Wrath attacks another player to quickly take away one of their precious lives. Players with wrath are also harder to convert with Veritas.

Greed steals resources from other players and protects you from being the victim of another player's greed.

Pride overcomes another player's feeble attempt at blocking you from doing what you want unless they too are prideful. Prideful people are the hardest to convert.

Gluttony hoards three resources from the world and can block other players from taking more resources, too.

Envy lets you draw three more cards to look for better sins. In your search for something better, you may come across the Veritas card and be given the choice to be converted or not.

Lust lets you possess another player's card with an additional turn. It's the only sin that can never be blocked because, you can't stop someone from lusting after you; the heart wants what it wants.

Sloth procrastinates for a turn, but can use a double attack the next round. Players with sloth also cannot be attacked by wrath, because they are indifferent to anger. 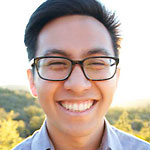 J.P. Fisher is a level 24 teacher at Veritas Classical Academy. Train padawans in the ways of English, Logic, and Rhetoric, he does. His lifelong partner in crime is his beloved wife, Katie. He ventures through life on mission with Renew Church OC. His love languages are food and quality time. He is a spoken word artist and a church planter with a heart to teach globally and missionally. 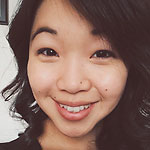 Katie Fisher graduated from the University of California, Irvine with a degree in psychology and has a huge heart for overseas missions. Katie has worked with orphans, foster children, sex trafficking victims, and the urban poor in several countries including Thailand, Philippines, Taiwan, Mexico. Currently, she volunteers for Overseas Missionary Fellowship and loves her rabbit, Danny.