Spare the Rod, Spoil the Adult

Part of 2 of in
By Sharon Cho
Illustrations By Joanna Lee
Feb 01, 2016 | min read
Part of 40: Over the Hill
2 Snaps
2 0 Snaps
Oops! Something went wrong while submitting the form.

Children should be seen, not heard. Most people are familiar with this phrase, but notions about a child’s rightful place in society have since changed over time.

Now and then, children do cause interruptions or disturbances in a for-adults-by-adults world. Yet, one nanny found that there are certain childlike — and childish — ways that have never left us.

God knew what He was doing when He made creation; children get to make some mistakes. The five-second rule for fallen food, for example. There are more items that won't kill them than those that will if they put it in their mouths.

Time is one of the most difficult concepts to teach a child and hopelessly requires the most time. Perhaps it's because time is measured as a unit of 60 instead of 100. A quarter is not 25, but 15, and it can go backwards or forwards. It's really difficult for a 3-year-old to grasp.

So imagine frantic parents trying to translate a full day's worth of activities when they function at the mercy of time while at the mercy of a toddler who doesn't know what time is.

Anything in the past is all of the above, one lump experience of life that already happened. When you tell a child it is time to go in five minutes, it means nothing to them. Children only pay attention to the present, with all its overwhelming stimulation and distractions — to them, the spectrum of time only revolves around the present, the "now." "Later" means "not now", and if it's something they want now, "later" is hard to hear. We don't seem to grow out of this — I wonder if our Father gets tired at our adult insistence for things happening now, rather than later.

Which is why using a timer is magical. It settles all disputes, because showing is more powerful than telling. If a child gets five minutes with the iPad, I set a timer and show it to him, or have him help me set it up so that he's involved in the process. When the times up, he can't dispute it because he was there, and had had agreed to our terms to stop when my phone suddenly sounds like a motorcycle.

Showing process and what happens in between also helps. If I tell a child he needs to wait 30 minutes before he can get a snack, saying so achieves nothing. But talking about what happens in that 30 minutes of picking up his siblings and stopping by Trader Joe's makes more sense to him, because a plan with conceivable experiences is something concrete that he can understand.

That understanding helps him have more control over the waiting. Without that, any delay is felt as rejection. I imagine time to God is even more difficult to translate to our level. I still feel this impatience, even as an adult. I'm constantly asking for things in my urgency, and I know He is able, but the absence of action still feels like an absence of love, when in reality, God is doing important things in the in-between.

Why are adults offended when children don't want to give their attention?

Everyone has their own personal space. Children can be shy, didn't have a nap, need a nap, or are spoiled and pick and choose who they want to be with. There's lots of reasons, but adults are not entitled to their attention simply because one is bigger than the other. Children deserve the same respect you do.

She pooped in the potty today! It is possible!

Choose discipline, not punishment. Lack of understanding of the child's point of view is what distinguishes punishment from discipline, or a passing comment from fruitful praise.

Not too long ago, I saw a child sneaking an extra snack off her brother's plate. I asked her to give it back to him, but she denied taking anything. Not being able to address it immediately, I sent her to her room. She stomped the whole way there. Even though she knew she was wrong, she still held on to her attitude of "This is unfair and I hate this", assuming that I hadn't seen her and unjustly favored her brother.

Talking it out is key. The time taken to explain how her decisions affected others showed her that I love and care for her, and she was given the chance to explain her side of the story while also hearing mine. Were it not for this talk, she could have easily thought she pulled one over me and might have tried it again.

This goes for praising a child as well. I have rewarded a child many times for writing neatly, not getting up from the dinner table, being polite to others, and many other countless reasons. Wanting to encourage the other children to do the same, I asked him why he thought he was climbing up on the behavior chart. To my surprise, he had no clue. I gently guided him as he figured it out. All the children were listening intently, and by the end of the conversation, they knew what I valued and were more aware of themselves.

Alas, God does not always communicate in the way I'm most familiar with, whether it's discipline or praise; at times, my expectation of a clear audible voice makes me miss the very thing I'm looking for.

God does not always communicate in the way I’m most familiar with, whether it’s discipline or praise.

The entire process takes so much patience; all you can do is encourage them and wait — you can't poop for them.

When nothing works, you have to wait for the child to choose. To decide to do it. But it's up to the parent to clean up after them, to stay positive and repeat encouraging phrases like "You can do it!" or "Remember when you went potty yesterday?" no matter how frustrating or stressful the situation.

You just have to persevere, to keep at it, because as unpleasant as the activity is, without learning it right, there's no going forward. So even when people make mistakes and create a mess, when people cut corners and have to deal with repercussions, when people we know fall back into sin, we stand by them. The church is composed of growing individuals who are not defined by their hypocrisy, but by their daily attempt to push forward and try. Of course, it's case by case when it's best to encourage or to rebuke, but again, it comes back to functioning from a relationship of trust.

Without learning it right, there’s no going forward.

Teaching moments are more effective when led by example. Whenever you're told something, nothing is as real to you as when you experience it yourself, especially if you're 3, or really, at any age.

I have been reminding my youngest to use his nice voice when speaking to his sister for the past week to no avail. One day, I heard, "You're a LEGO-face!" He had just been denied the blue marker, and this was the worst insult he could think of to counter this injustice. The anger was palpable in his voice, and I had to help him see.

"You better get over here right now!"  Only when he heard the same intensity in my voice did the lesson click for him. He was able to experience what his sister felt based on how he sounded. In that moment, his heart and countenance shifted.

In particularly bad situations, however, a body lock is recommended. In the thick of a full-blown tantrum, I hold him until he has no choice but to give up. He has to give up and quiet down before he can hear how I'm going to help him or what my solution is. Lord knows this applies to me in my prayer times as well.

He has to give up and quiet down before he can hear how I’m going to help him or what my solution is.

Keep your promises to children. They remember everything you say, even months after you've said it. When you don't remember a promise you've made, the look on their face shows deep disappointment and that they've died a little on the inside.

The real tragedy is not if an adult moves on too quickly from an unkept promise, but that an opportunity for building trust was lost.

I once promised a child that I'd give him a treat the next time I saw him, but I forgot to go to Target, so I set a reminder for myself in my phone. I came up to him a week or two after and I gave him the treat that I promised him — even though he had forgotten about it as well.

When your yes is a yes and your no is a no, you can see the love and trust growing in their eyes with a look of "Oh, you remembered." In turn, that manifests in saying "Hi" to you more, hugging; trust is a force that directly counters their impulse to challenge or question your authority. They don't doubt you, and obedience soon follows.

My favorite aspect of what I do is building relationships brick by brick, promise by promise. I can only hope my adult memory proves to be just as long in remembering God's promises, both the kept ones and the ones yet to be fulfilled. 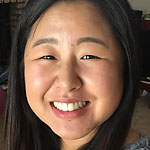 Sharon Cho has seven years of experience in helping children grow, feel loved, and feel respected. She works part-time as a nanny and as a children’s ministry intern for Ekko Church in Fullerton, California. She enjoys creating handmade greeting cards and baking in her free time. 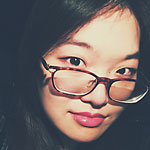 Joanna Lee’s mind and body never work in harmony, but she doesn’t let that stop her, let alone show. She enjoys socializing, a good cup of latte, comedy, loves all forms of art, and music that doesn’t require screaming and money-this and money-that. She resides in Los Angeles, pursuing art as a career. You can find more of her work at joannaleeinks.com.