The Freedom to Converse with God

I used to rarely voice my opinions. As a 1.5 generation Korean American, my identity formation called for me to be ambidextrous: one hand learning through written and spoken English in American society, and the other hand learning through unspoken and unwritten means in Korean environments, absorbed through (in)attentive observation and time spent in a Korean home and in Korean immigrant churches. American schools, valuing individual rationality, taught me to be critical while reading pieces of academic or scholarly work, but my Korean elders, emphasizing respect, seemed to teach me the opposite.

Over time, I began to internalize my thoughts, having a conversation in my own mind. For me, “thinking” often means I’m having a conversation in my mind. Another way I describe it is “praying”. I am talking with God. I’m not sure if that’s even allowed or appropriate. Can casual, unregulated conversation with God be classified as prayer? I’m not sure if I have the authority to draw hard lines like that. But what I do know, I speak from experience: This kind of prayer is both familiar and comforting.

Can casual, unregulated conversation with God be classified as prayer?

Admitting this is a little embarrassing, but talking with God in my head is familiar because I have always talked with myself. Here, an explanation from Viet Thanh Nguyen’s “The Sympathizer” proves helpful: “I am a spy, a sleeper, a spook, a man of two faces. Perhaps not surprisingly, I am also a man of two minds” (emphasis added). These two sentences speak volumes for Asian Americans, like myself. As a Korean American, my identity is made up of two identities, each with their own distinct “voice”: Korean-Sooho and American-Sooho. Over time, I’ve realized that neither is more important than the other; both make up the complicated self that I am.

As a Korean American, my identity is made up of two identities, each with their own distinct “voice”.

Growing up, I was outwardly quiet, not just because I had nothing to say, but also because I thought it my duty to listen first, if not always, and agree generously before authority figures. This wasn’t always taught explicitly; learning to be quiet and attentive in the presence of my elders was something I learned through observation. Being the youngest member in the family, I remember seeing my older siblings and cousins responding “Ye” (formal “yes” in Korean) with concentrated faces nearly after every sentence my parents, uncles, aunts, grandparents, or any adult would say to them.

So, by the time I was of age to receive advice from adults, I did likewise: saying “Ye” while nodding. At first, I did so mindlessly because I had nothing to say. Eventually, after years of training my common sensibilities, I intentionally silenced myself. But what my silent face betrayed was that I did voice opinions — just only in my head.

Who was talking in my head? Well, me. But who was I talking to? Well, again, me. Was this an echo chamber? Not always. Most of my opinions and initial thoughts streamed from two sources: the two parts of my identity, Korean-Sooho and American-Sooho. Neither are isolated selves with a great divide between them, as if each is an island. Rather, each has porous and loose boundaries, much like two rivers converging: It’s hard to say where one river ends and the other begins when they meet. But both rivers, both sources, both minds, both Soohos, are part of my complex identity.

Here’s an example of the two Soohos discussing when approaching an elder of Asian descent:

So much said, yet all hidden in the recesses of my mind. This hiddenness provided a sense of safety. In my mind, the two parts of Sooho were free to say whatever comes and wants to be expressed without public shame or backlash. This safe space was crucial in my upbringing, especially being an insecure, angsty, Korean American teenager. In fear of saying something stupid or wrong, I found it best to keep quiet and just talk amongst me and myself. But things changed after I became a professing Christian.

In my mind, the two parts of Sooho were free to say whatever comes and wants to be expressed without public shame or backlash.

Conversing with No One

My faith in Jesus began at a summer retreat in 2003. From then, sermons about God’s everywhere-ness and all-knowing-ness started to infiltrate the way I thought about the world, others, and myself. And when I say “infiltrate”, I mean “infiltrate”. I was suddenly aware that He had been, and always would be, listening to what I say in my mind. I panicked: The most powerful being knew all my thoughts — good and bad. I felt exposed — my innermost thoughts, hidden in the darkest recesses of my mind, had always been laid bare before God, the purest of light. I was horrified. What could one do to escape the One who is everywhere? How could one hide from the One who knows everything?

The most powerful being knew all my thoughts — good and bad. I felt exposed.

My mind was no longer safe, and I reacted in fear. I felt compelled to approach God the way I was taught to approach my elders. Prayers became an excruciating mental process: My best energies were spent on withholding complaints and instead, generously offering a surplus of right-sounding honorific titles. Granted, this was not wholly negative. This practice disciplined me, as it reminded me that there is a clear distance and distinction between me and God — God is God and I am not. On the other hand, this mental policing became dangerous when it turned into the only means to (not) approach God.

Mental discipline, without regulated rest, has the potential to spiral into mental breakdown. Eventually, I grew anxious whenever I prayed. What if I said something wrong? What if I did something wrong and did not repent? What if I did not do enough? My fear grew, and I started to lose sense of God and myself. For a period, I was unable to see God as anything other than another demanding authority figure in my life. Due to this fear, I became more and more fractured.

For a period, I was unable to see God as anything other than another demanding authority figure in my life.

But go on I did, and thankfully so.

A couple months after the mire of self-confused and fear-driven prayers, I was introduced to Brother Lawrence’s “Practice of the Presence of God”. Here was a 17th century monk who had exemplified what it means to intimately relish the presence of God.

In a rare interview, Brother Lawrence shared his secret: “That we should establish ourselves in a sense of God’s presence by continually conversing with Him.” This baffled me — was “continually conversing” not the exact opposite of what one should do with God? At first, I was curious how Brother Lawrence balanced on the tightrope between fearing and loving God. Yet, the more I read, the more I realized he was not balancing on a tightrope; rather, he was basking in the sunlight of God’s loving warmth. Certainly, he feared God with disciplined reverence, but the vastness of God’s love always overwhelmed his fears.

“That we should establish ourselves in a sense of God’s presence by continually conversing with Him.”

So, I rallied both Soohos and provoked them to speak freely once again in my mind, this time directed at God. Starting this conversation took time and practice. At first, it was very awkward because I felt like I was talking to a wall.

Before, both Soohos would talk to one another in dialectic fashion. However, when both tried to talk to God, the response was, ironically, silence. Yet, I pushed through the awkward stage and continued. After all, if it was embarrassing, at least it was only embarrassing to me and God.

The Psalms were my encouragement: so many different ways to talk to God! What became exciting was when I started to wonder what and how God would respond, the details being filled by Scripture and theology: Would He speak through fire, earthquake, whirlwind, or a still quiet voice? Would He rebuke or exhort?

The Psalms were my encouragement: so many different ways to talk to God!

My distancing fear dissolved, and I then birthed a genuine yet intimate curiosity: Oh Lord, I want to know what You think!

There are times that this conversation style is still awkward; I’m still learning to direct the Soohos’ conversation upwards and refrain from silencing my thoughts in fear. But at the same time, I’m also learning and realizing the redemptive beauty of welcoming God’s presence in my thoughts.

I’m also learning and realizing the redemptive beauty of welcoming God’s presence in my thoughts. 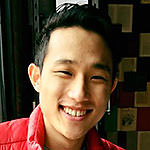 Sooho Lee is a 1.5-generation Korean American. He is the youngest of three, with two older sisters. He thoroughly enjoys reading in his “reading chair”, and has a problem of buying more books than he can currently read. He, like most people his age, loves coffee — black and light roast.