The Paths of an Uncertain Journey

He went to great lengths to make sure his summer was perfectly planned. But when a medical emergency interrupted those plans, Joe learned to trust in God’s plans as the people he had intended to help served him instead.

I WAS YOUNG, healthy, passionate, and ready to take on the world — or so I thought.

With a few short-term mission trips to Russia under my belt, a few papers written on culture and poverty, and a few documentaries watched, I was ready for my first “third world” experience. I was headed to Sri Lanka as a young, wide-eyed, 21-year-old college student and ready to “make a difference” — despite my hidden uncertainty about what that exactly meant.

I had a busy summer lined up: I would go to Sri Lanka for two weeks, dash over to Europe to backpack around a few countries with a friend, then head back home for a few days, only to pack another bag for my first live tour with my band. And if all that went according to plan, immediately after tour, I would move back to my university to start training for a Resident Advisor (RA) position.

All this sounded like a summer I would never forget! And it most definitely was, but for reasons completely different from what I had imagined.

In one sense I felt like I had this whole “life” thing figured out. I was traveling around the world, playing in a band, and “helping” developing countries; yet there was something missing. I felt as if I was still holding back from my God-given potential.

I was traveling around the world, playing in a band, and “helping” developing countries; yet there was something missing.

I just couldn’t figure out what I needed to do to get there. This was partly why I was trying so many new things. I wanted to be challenged because I knew that challenges made people stronger. And I wanted to be strong.

As the flight took off for Sri Lanka, many things occupied my mind. I was beginning to feel a little nervous about experiencing a new culture. Despite my intercultural studies degree, I hadn’t actually seen the developing world in person.

I was also beginning to feel inadequately prepared for the year ahead of me. My job as an RA would be my first real leadership role as a young adult and I didn’t feel that I had enough life experience to be in such an important counseling type of role. I didn’t feel smart, outgoing, or “RA-ish” enough for the task at hand. Simply put, I felt underqualified for the responsibilities this new season of life held.

I felt underqualified for the responsibilities this new season of life held.

The flight finally came to an end and I was getting ready to enter into the most unforgettable two weeks of my life. The experience was surreal. As I exited the plane, I had no idea what to expect. I immediately had to come to terms with the facts that there was no conveyer belt for our luggage (barefoot kids carried it to us), men were walking around wearing army uniforms and carrying guns, little old ladies were trying to sell me used irons and vacuums, and English was now officially the farthest thing from my new reality.

The moment between getting into my first “tuk tuk” (an auto rickshaw) and ending up in the hospital has become somewhat of a blur.

What started out as a simple stomachache quickly escalated to a life-threatening situation. And there I was, lying on an operating table in Colombo, Sri Lanka, trying to figure out how I got to this point.

I remember a Sri Lankan doctor with a huge smile on his face yelling in broken English, “Are you ready, my friend?” Then everything went black as the anesthesia rushed through my veins.

My appendix had burst two days prior and had been leaking fatal fluids into my system for over 48 hours. In the doctor’s own words, “You should have been dead a day ago.”

I spent the next seven days in a small room where I unfortunately remember every waking moment: the inability to walk or eat and the constant pain, all mixed with the confusing language barrier. It was one of the most challenging experiences of my life.

Yet I found solace in the people around me. Although the nurses didn’t speak a lick of English, I remember their presence making me feel like everything was going to be okay. Their kind smiles helped me to feel safe in this foreign environment and I realized we all have something to share with one another as human beings.

I realized God didn’t need me to do anything for Him on this mission trip.

Here I was in Sri Lanka, trying to “help” in whatever way I could, but ended up receiving much more than I could give.

Seven days passed and I was finally able to get on a plane back home. At my checkup in Los Angeles, the doctors noticed that the surgery hadn’t been done successfully; therefore they had to reopen the incision and start all over again. This time though, they needed to let it heal naturally, without stitches. I asked what the recovery time looked like and the surgeon responded, “Oh not that long, son. I’d say maybe two months. A month and a half at best.” I was crushed.

What would I do for two whole months? Well ... sit in a La-Z-Boy chair and watch the sun rise and fall for 50 days straight, that’s what. During that period I had a lot of time to think, and more importantly, to be humbled. Nothing will humble a young man more than having his parents take care of him again like an infant; they fed me, helped me to the bathroom, and assisted me in the shower. I will never forget the experience of feeling like God was so far yet so close to me at the same time.

Nothing will humble a young man more than having his parents take care of him again like an infant.

He was continuing to bring me to the place where He could use me. But I remember swearing that I would never leave the country again. “That’s the last time I ever try and do something good with my life!” I remember thinking. I was angry, confused, and broken, but I still had a tiny bit of faith somewhere deep down inside.

And that’s all that I needed. Day-by-day I began to heal mentally, spiritually, and physically. I was starting to walk; I was able to have a hopeful outlook on life again; and slowly, I was beginning to talk to God again.

I realized that if I came into the RA position believing I had all the answers and feeling like I was ready for the task ahead of me, my arrogance would weigh me down. And nothing hinders us from accepting the help of others more than our own arrogance.

I was slowly becoming thankful for what I had been through, not because I was finally past it all, but because it actually instilled a posture of gratefulness and humility in my heart, an attitude that I had never experienced before. In His infinite wisdom and love, God brought me to the place I needed to be - never leaving me through the process.

It’s been said, “Calm waters never make the best captains.” Similarly, looking back over my life thus far, it hasn’t been the times of smooth sailing that I’m most thankful for. I owe much of my growth as a human to the rough waters.

If I’ve learned anything it’s this: if you actually attempt to live out your passions in life, especially if those passions are for the good of others, you will undoubtedly face hardship. You will be wounded deeply if you want to be used greatly; you will be made weak before you are made strong; and you will feel like you can’t just to be shown that you can — but only through God’s strength.

If you actually attempt to live out your passions in life, you will undoubtedly face hardship.

This growth does not come through our strength alone. God never leaves us to handle things on our own abilities; when the overwhelming times inevitably come, we can never forget that in God’s Kingdom there is no problem that comes without a promise and provision. Citizens of heaven see trials through the lens of hope — we are confident in the things unseen.

So trust that as you press forward in this life, the rough waters you’re faced with are making you into the person you are meant to be and pushing you toward the place you need to be. God is good and He is with us.

A year later I ended up going on another mission trip, this time traveling to 11 countries over the course of 11 months. But this time I went realizing that while God doesn’t need me, He does want to use me.

The realization that my life could be taken from me so quickly gave me a more humble approach to making a difference in the world and I learned to receive from people just as much as I gave. I learned that when we see that life can be taken away from us in a moment, it no longer makes sense to try and save it or others through our own strength.

Jesus said those who lose their life will find it, and I’m realizing that when I give up my life to help others, I start to gain much more than I can ever give. So I guess I broke the promise I made to myself in that hospital bed, that I’d never leave the country again. And you know what? I think I can live with that. 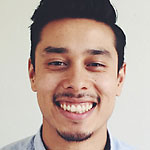 Joseph de Leon is from Cerritos, CA. He graduated from Biola University in 2013 as a business major with a minor in both intercultural and biblical studies, and currently works in foster care. He loves trying new things, taking on new challenges and pushing against what others deem to be impossible.