Trauma is More Common Than You Think

Part of 2 of in
By Phillip Sher
Illustrations by John Lee
Sep 01, 2014 | min read
Part of 27: Not Alone
2 Snaps
2 0 Snaps
Oops! Something went wrong while submitting the form.

Learn how to  decipher the signs, and how we as Christians can respond.

Ms. Lin spoke quickly, struggling to fight back tears. She angrily described how her 10-year-old daughter and her 8-year-old son had been sexually abused by their aunt, her own sister.

Wanting to be closer to relatives, Ms. Lin transplanted her family to Los Angeles from Dallas. Though her own mother had been abrasive and neglectful during Ms. Lin’s childhood, she still held on to the idea of “family” and wanted to give her mother a second chance to not only be a mother, but a grandmother as well. Despite her tenuous relationships with family, she never guessed that her children could be physically unsafe.

It wasn’t until her daughter’s grades started dropping and her son began acting out in school that she realized something was amiss. At first, she thought the children were having trouble adjusting to a new city and school, but soon after, her daughter began complaining of vaginal pains and bleeding. When Ms. Lin took her daughter to the doctor, they discovered that she had sexually transmitted infections (STIs).

Her daughter shared about the sexual abuse: how her aunt made her and her brother play “games” whenever grandma was taking a nap. She was afraid to say anything because this was supposed to be their little “secret”.

As the trauma assessment continued, Ms. Lin shared that she had her own extensive trauma history. She was raped by an uncle as a child and despite telling her mother about it, everything was swept under the rug and she was made to feel as if she was the one to blame. She also experienced years of domestic violence from two different paramours, witnessed the shooting of a neighbor as a teenager, broke her arm in a car accident, and lost two other friends to suicide.

At this point, Ms. Lin could no longer hold back her emotions and burst into tears as she spoke of the betrayal she felt from her family. Not only did the sexual abuse happen to her children, but also relatives were once again shutting her and her family out. She did not know where else to turn.

The Prevalence of Trauma

Unfortunately, the vignette of Ms. Lin and her children is far from an outlier. According to the National Center for PTSD, about 60 percent of men and 50 percent of women experience at least one trauma during their lives. While trauma and Posttraumatic Stress Disorder (PTSD) are commonly associated with armed forces veterans and the effects of experiencing war, there are many types of trauma that may cause PTSD: major accidents, life-threatening diseases, painful hospital treatments, community violence, domestic violence, sexual abuse, physical abuse, neglect, and homicides — just to name a few.

60 percent of men and 50 percent of women experience at least one trauma during their lives.

Simply put, PTSD is common, and without adequate treatment, there could be severe problems. As a child trauma therapist, I see many of these symptoms firsthand. Some of the kids have terrifying nightmares and wet their beds on a nightly basis even though they have been toilet trained for years. Some become anxious and/or depressed, becoming fearful of engaging in social situations, while others self-medicate through risky behaviors, illegal substances, and self-harm.

There are also kids who are so highly avoidant that even though there are no discernible symptoms, they suffer from constant intrusive thoughts and memories of the trauma. These symptoms are not mutually exclusive and people with PTSD often experience multiple trauma symptoms. Likewise, trauma symptoms rarely go away with time and people don’t just get over it.

Recognizing trauma is difficult, especially because the symptoms look similar to those of other problems, such as depression, anxiety, ADHD, and conduct disorders. For example, I have clients who experienced physical abuse that suddenly tore apart classrooms, attacked other kids, and even punched/kicked teachers and principals who were trying to calm them down. These clients were high-functioning students who had outstanding grades and behavior the previous year, but suddenly everything changed.

These behaviors look similar to conduct problems from “bad” kids and are often dealt with in the same manner by schools: detentions, suspensions, and maybe even expulsion. This is not to say that school discipline is unimportant, but rather that it is a necessity to understand the root cause of certain behaviors. Medical doctors gather information on symptoms to diagnose and treat the disease because solely alleviating symptoms does not resolve the issue.

The same concept applies for therapists. In order to truly aid clients in their recovery, therapists diagnose the cause(s) of the symptoms through clinical interviews and quantitative assessments such as trauma measures or mood inventories. They gather background information and developmental and trauma histories, and assess for co-morbid disorders such as depression, anxiety, ADHD, etc.

After they diagnose the disorder, they propose the most appropriate treatment. Sometimes this means referring to another agency that can deal with the specific problem better, and other times, there is no reason to treat the client. I do not speak for all therapists, but I would be ecstatic to tell a client that they do not need treatment.

Since there are many therapeutic models out there, I will just point out that cognitive-behavioral therapies have been shown to be some of the more effective treatments. In general, these treatments work on educating children and caregivers about trauma, its  symptoms, and how to communicate about their symptoms and feelings. Children are gradually exposed to the trauma throughout the first months of therapy as they practice healthy coping skills. They learn the differences between feelings, thoughts, and actions, so that they can slowly correct some of the cognitive distortions from their trauma experiences.

Therapists help them re-experience the trauma through writing trauma stories and then process the trauma with them. Eventually, the children complete their processing, come up with safety plans, and “graduate”.

How the Church Can Respond

How is it that people like Ms. Lin end up suffering alone for so many decades? I have caregivers like her who are willing to bring their children for PTSD treatment, yet have convinced themselves that they themselves do not need treatment. Though I am there to treat their children, I end up having to stabilize the caregivers as well.

On one hand, they share about how devastated they were after their traumas and how they still live in shame and fear every day. On the other hand, they tell me that they are “strong” and that they can “get over it”. This shows the power of avoidance and the messages we get from society.

While we probably know that we need help, we are too afraid to admit that something is wrong, especially if that means we have to reassess ourselves. Likewise, many of us care too much about how others view us.

While we probably know that we need help, we are too afraid to admit that something is wrong, especially if that means we have to reassess ourselves.

This is where I believe followers of Christ could make a tremendous impact. As a Church, we need to educate ourselves on sensitive topics like mental health and be unafraid of having thought-provoking discussions on trauma and its effect on our lives.

More importantly, we should be engaged enough with our community to recognize when people are suffering and walk alongside them, the way Jesus walked with those in need. Oftentimes, it is more about being there for that person in a sensitive and empathetic way. Sometimes, in our haste to comfort (and avoid our own discomfort with pain), we say things like “you’ll be fine” or “don’t be upset” or “he’s in a better place”.

More importantly, we should be engaged enough with our community to recognize when people are suffering and walk alongside them, the way Jesus walked with those in need.

Maybe those statements are true or eventually they realize those thoughts, but in their moment of misery, these types of statements only serve to invalidate their feelings. We can only find out about problems if we truly engage our community and love them enough to be miserable with them. 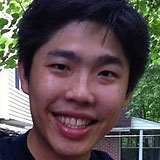 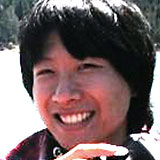 John Lee was born in Taiwan and raised in Los Angeles, CA. He currently freelances, but is trying to find his way into the entertainment industry. His work can be seen at neteiru.tumblr.com.