When A Pastor Can't Forgive

My white friend said this to me during a break at a disastrous anti-racism training at my seminary. I looked at her, incredulous and wondering what exactly I was to do with the information she just presented to me.

Why was she sharing this information with me? Was she feeling so bad internally about her race and her being that she had to share this out loud? Or was she coming to me, a person of color, to confess her sin of racism?

What made this conversation incredibly awkward is that I am not white, and the awful way the training was being handled was actually promoting racism at the seminary. My initial reaction of shock turned into incredible offense as the people of color in the room were feeling not just unwelcome, but that our spiritual well-being and incarnational identity were in jeopardy. Yet she got to express her white guilt to me.

I struggled with how to respond. Do I help her process her whiteness? Do I tell her that her comment reeks of white fragility, reverting attention to her needs as opposed to recognizing the immense hurt of the people of color within the room? Or do I sit with her, in the rhythms of the liturgy of confession and forgiveness that are deeply rooted within the Protestant tradition in which I reside?

While she may not have made an overt statement of, “I confess my sin of racism to you,” it was a parallel statement that said, “I feel the burn of the color of my skin and I see the color of yours. I am uncomfortable around you, and I need you to make me feel comfortable around you.” Was I going to provide such comfort, be pastoral, and openly hear my friend’s confession?

I looked at her in the face and finally responded.

No intense conversation about our feelings.

I still wrestle with my response and role in this conversation even now. It would have been more caring to call her out — hold her accountable to her behavior and white guilt at the expense of my emotional investment and time. But at the moment of her confession, all I could do was express the fewest words possible that would have the most impact.

My response was not particularly loving because I responded out of a place of extreme hurt. To have to carry the burden of my friend’s white guilt felt like it was just too much to bear. I felt as if the lines between being a friend and being a pastoral presence were blurred on this day, that I could not have a fully honest conversation with my friend; I was trying to care for my own soul in the midst of the training.

Looking back at this event years later, that visceral anger has dulled to a sadness. A sadness that she was completely unaware of the racial prejudice happening right in front of her. That even though we are friends, I will never be able to completely trust her with my spiritual well-being as a colleague in ministry. That my friend was looking for comfort and pastoral care, yet I could not offer her absolution to ease her burdened soul. Was I lacking as a person of faith — I who have yearned for that same forgiveness that God so freely gives so many times in my own confessions of sinning and causing harm to my beloved neighbor?

When people confess their white guilt to me, I approach the situation with doubt. Are they truly seeking the forgiveness and absolution that comes with confession, or are they looking to trying to convince a person of color that they are not racist? When I profess forgiveness and absolution as an ordained minister, I profess a new reality that requires uncomfortable situations and hard work.

Most often, when I encounter white people and their confessions of white guilt, they are looking to pass their immense discomfort, asking the person of color to bear an additional burden. I am wary to give absolution, but I also realize that in this difficult and holy work, when I waver in trust, I rely on my white colleagues who are invested in anti-racism work. These white colleagues have used their privilege and have accompanied those experiencing white guilt. These white colleagues have been the body of Christ for me, taking on a burden when I knew that it was beyond my emotional and spiritual state.

I currently find myself swimming in seas of whiteness, which leads to my conflicted feelings with confession and forgiveness. I serve as an ordained minister of Word and Sacrament within the whitest denomination in the United States. As a leader of color within this denomination, I often talk of the particular sin and a very specific demon that plagued my friend during that horrific anti-racism training. Many of my sermons, writing, and lectures focus on the sin of racism and naming outright the demon of white supremacy. I talk about racism and whiteness a lot, sometimes enough to cause unease within my own spirit and being.

This work drains me. Paired with my being, I have to defend not just my call, but also my actual existence within this denominational body. It is difficult being “that person” who always talks about race because she is the angry brown woman. But this work also needs to be done, especially within the church body that I call home. I have received many a confession concerning the sin of racism within this white denomination in a nation founded on protecting white supremacy.

Confession and forgiveness are incredibly important within the Lutheran faith in which I serve. We are all sinners, part of a shattered humanity looking to be reconciled to God and one another. As an ordained minister, I have been charged with providing comfort to the weary and burdened soul, charged with these words spoken by the bishop who ordained me: “ ... care for God’s people, bear their burdens ... Give and receive comfort as you serve within the church.”

But can I bear the burden of white people’s racism any more than I already do? Can I give absolution, even though I denied my own friend absolution years earlier? Should I even be the person within the diverse body of Christ to receive such confessions?

And then after confession, I struggle with what should come from forgiveness: reconciliation. Reconciliation is a word that has been used against oppressed populations throughout history.

When oppressors seek “forgiveness”, they instead communicate the following: Get over it, we apologized, why are you still bothered by what happened? I am bothered by what a shattered humanity deems as reconciliation and forgiveness. This pales to the expansive and unfathomable reconciliation and forgiveness that comes about when God reconciles the world to God’s self, that time of a new heaven and a new earth, when the lion lies down with the lamb knowing well they are in full relationship with one another.

I, too, have a multitude of sins that I need to confess. These sins place an incredible burden not just on my heart, but also on my relationship with God and with my neighbor created in God’s holy image. I know that I have sinned against oppressed populations; when I seek forgiveness, I also have questioned my own intentions. Is this a confession to be fully restored in right, yet completely altered relationship with God and neighbor? Or is this a confession where I take that heavy burden, and place it upon someone who is already burdened with the oppressions society places upon them?

I, too, am complicit and need forgiveness ... but in that forgiveness, I need to turn to God. I need to repent my sins. And in that immense love, grace, and forgiveness from God, I desperately need to make the world reflect “thy kingdom come, thy will be done, on earth as it is in heaven” for those I’ve harmed through my sins.

Confession and forgiveness do not mean we get to return to the world as it once was; confession and forgiveness involve living into a new reality. A relationship that has been marred by sin calls for not reconciliation, but instead, seeks to explore what full restoration looks like through a God who has redeemed us through the one who cried out from the cross, “Forgive them Father, for they know not what they do.”

At one point, I thought reconciliation and restoration were interchangeable in confession and forgiveness. I have come to learn these words are not the same as the experiences are different. Reconciliation happens in the midst of a broken humanity here and now and looks to mend what was once shattered; the evidence of brokenness is clearly visible and can still be felt emotionally, spiritually, and psychologically. There will still be blood on the wool of the lamb from the lion’s bite. Reconciliation recognizes the mar of sin, but works toward restoration.

Instead of seeking catharsis and passing burdens to those who are already weighed down by oppression, I encourage people to seek a more authentic experience of confession and forgiveness. We need to move beyond the words spoken and promptly forgotten within a worship service: We need an embodied and lived-out confession, so that we might experience an embodied and grace-filled forgiveness.

Ultimately, I am uncomfortable with bearing the burden of white guilt. I have borne that burden in so many ways in the church and in the world. Wrestling to offer absolution to white guilt, tied in with the holiness of confession and forgiveness, has sent my spiritual life into disarray.

Confession of sin and its expected forgiveness cannot serve as an inoculation from the -isms and phobias that plague us all. Instead, confession and forgiveness should turn us all to Christ, the one who redeemed us through his body and blood, so that we may turn to our neighbor to explore what a new heaven and a new earth could
possibly be. 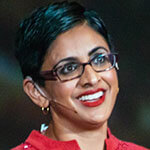