When in the Kingdom, Do as Kids Do

Part of 4 of in
By Monica Hong
Photography By David Cao
Feb 01, 2016 | min read
Part of 40: Over the Hill
0 Snaps
0 0 Snaps
Oops! Something went wrong while submitting the form.

HER PINK FLORAL HEADPIECE fell on the ground as she wriggled toward her father's arms. She showed little concern for the way she looked on stage in front of the entire congregation; her poofy tulle skirt flipped upside down like a cupcake wrapper to expose her frilly diaper bottoms. She simply wanted to draw closer to her dad.

"Jesus, show her how much you love her every day."

Pastor Alex's large stature dwarfed the little girl he held in his hands. Her family members and friends gathered behind him as he encouraged the congregation to acknowledge her, look her in the eye, and stop to chat with her in the days ahead when we see her running around the bagel table after church.

Her siblings on stage wobbled from restlessness and clung to their mother's legs. They pointed and giggled at the audience, and even plopped down in the middle of Alex's prayers to riffle through the Sunday program.

This is a vision of the kingdom, I thought. The children's unstifled, disruptive joy; their lack of concern for decorum; and their shameless gravitation toward their parents offered an image of freedom I craved. They inhabited their heavenly Father's love more than I could in my uptight, self-conscious skin of adulthood; these children were integral to my experience of Jesus and the kingdom.

They inhabited their heavenly Father's love more than I could in my uptight, self-conscious skin of adulthood.

During one Sunday's worship, I felt the intimacy of Jesus bending down to be face-to-face with me. I had just ended a relationship where my self-worth and boundaries were compromised, and was in the midst of a season filled with processing shame, self-condemnation, and emotional exhaustion. But during that sacred moment, I felt Jesus asking me to meet His gaze and not be ashamed of anything, much in the same way Alex invited our congregation to bend down to look our children in the eye. I sat down and cried as I felt Jesus meeting me.

Suddenly, I felt a tap on my shoulder. "Hi!" It was Anna, a precocious 8-year-old; I'm not sure she was even aware I had been crying. I couldn't help but laugh at the innocent joy she brought into a moment that was heavy with darkness and doubt.

I've known Anna from several years of teaching "kids' church" on Sundays. Talkative, enthusiastic, and inquisitive, Anna reminds me of my young self — or perhaps the inner child that still lives in me. I can engage her in conversations about complex matters of faith, what it's like to trust God or why sin exists in the world. After teaching her regularly on Sundays and seeing her outside of church when visiting her parents, we have developed a trusting friendship. Now, she runs up to hug me after church, shouting, "Michellleeeeee!"

One evening during a recent churchwide retreat, a sermon about racial reconciliation left me weeping; over the last year of mass shootings and Black death, I had unresolved grief and pent-up bitterness towards several close friends who seemed to be blind to racial injustice. Anna suddenly rose from her seat a few rows in front of me. "Michelle," she called out sympathetically. She wrapped her skinny arms around me and leaned her head against mine. Her smooth, light brown hair tickled my cheek. I patted her back and said, "It's OK," trying to pull away. I didn't want her to feel obligated to stand there and hold me if she wanted to return to the other kids.

Yet I also defaulted to directing my concern outward, making sure she was OK and worrying about whether she felt comfortable. The natural format of adult-child relationships positions the adult as comforter and child as comforted. I felt uncomfortable in Anna's arms because I wasn't used to being comforted by a younger person. In fact, I was embarrassed; I didn't want her to see me in a moment of weakness or vulnerability.

The natural format of adult-child relationships positions the adult as comforter and child as comforted.

Yet when Anna wrapped her arms around my shoulders, I felt safe because she knew me. The natural order of things — weakness and strength, power and dependence, comforter and comforted — reverses when I lean into a child's arms.  My muscles reflexively tense up because I sense the boundary between us, made up of years and presumed maturity, being tested. To receive Anna's compassion, I had to lay down my roles as mentor, teacher, model, and older sister. I allowed myself to be weak.

I think that even if Anna didn't fully understand the pain and confusion being worked out in my spirit, she acted on authentic love for me. She saw me and assumed the role of comforter, embodying the tender love of Christ as I settled into a state of vulnerability before God. By staying in this moment, I encountered God's undemanding love.

Ignoring my initial resistance, Anna stood by my side and kept holding me. I cried. I felt so safe, seen, and comforted. The weight on my shoulders lifted with the light embrace of a child. That role reversal strikes me as an image of the kingdom of God, where the last are first, and the least of these seem closest to God. Children know God in a way that grown-ups do not. If we resist the love of children in all their innocence, exuberance, and simplicity, we miss out on a dimension of God that is necessary for our continual growth and healing.

That role reversal strikes me as an image of the kingdom of God, where the last are first, and the least of these seem closest to God. Children know God in a way that grown-ups do not.

I've heard people explain spiritual growth as if it's one-directional, and spiritual maturity as a characteristic that naturally increases with age. And yet children express a freedom and wide-eyed wonder at the world that demonstrates a dimension of spirituality and awareness of God that becomes dulled with age. Young Anna can be unaware and selfish. But when she noticed me, she discarded her coloring pens and rushed toward me in unrestrained compassion that some adults might shy away from.

I often see others crying at church, but my instinct is to let them be, assuming that such moments of vulnerability should exist between the individual and God. I don't want to invade their space. The danger of such "mature" and "proper" assumptions is that I miss the opportunity to comfort my neighbors. I pretend like I don't see suffering, and I don't ask why someone might be crying because it makes me feel uncomfortable. I comfort myself rather than comfort another.

By coming to sit with me, Anna helped me surrender my bitterness to my Lord. She helped me become like a child: helpless, vulnerable, and dependent. Children can be like that when they feel safe. Anna saw me alone and helped me realize I was safe enough to surrender my burdens to God. I didn't have to handle the weight of injustice by myself, as if the destiny of the kingdom fell on my shoulders. In the safe space Anna carved, I shed my pride and released my bitterness, returning authority to God and allowing Him to restore my broken spirit. "It's OK," I heard God say, and I believed Him.

I didn’t have to handle the weight of injustice by myself.

Children are inherently equal, if not exalted, in my church community, and I've seen the areas that God, Who is committed to my growth, wants to mature in me: simplicity, laughter, grace, tenderness, play, utter trust in Him, and freedom from fear of what others think of me.

Recently, our church has been incorporating the song, "Good Good Father" by Housefires into our worship sets. The chorus goes: "You're a good, good Father. It's Who You are. And I'm loved by You. It's who I am."

Children know better than adults about living this out. Sometimes I fool myself into thinking how self-sufficient I am. "I've got this," I tell myself. The song "Good Good Father" is theologically simple, but it roots me in the profound truth that I need to experience grace. 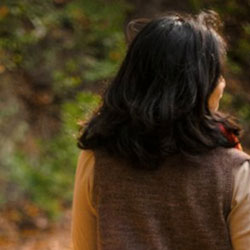 Monica Hong is based in the San Francisco Bay Area. She loves exploring art, beauty, and creativity in her life with Jesus. 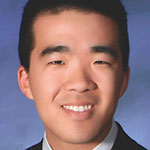 David Cao is currently pursuing his PhD in materials chemistry at the University of California, Santa Barbara. He aims to become a professor at a primarily undergraduate institution where he can exercise his passion for teaching. When he’s not doing research, David enjoys singing with UCSB’s gospel choir, and capturing images of the beautiful landscapes all around him.