When Plans Fall Through

Preparing for Marriage and Losing Control

THOUGHTS RACED THROUGH my mind as my boyfriend wiped his forehead and nervously reached into his pocket. He lowered himself to one knee, slowly opened a small square box, and asked, “Carrie, will you marry me?” I looked at the giant smile on his face and didn’t have to think twice before giving him my answer: “Yes!”

Within seconds of this special moment, I was hit with the stark realization that I was deviating from my carefully planned timeline. Panic ensued.

I wasn’t uncertain about marrying my fiancé. I knew I was ready to commit to loving and following this God-fearing man and was excited about doing ministry together.

The problem was that I don’t handle changes very well — particularly unexpected changes. This engagement came far earlier than I had planned, and this quick and unexpected transition into married life brought along a rise of uncertainties. This, combined with the upheaval of my detailed life plan, led me to spiral into anxiousness and worry.

I’ve always prided myself on being goal-oriented and an intricate planner. I decided a while ago that the combination of my planning skills and goal-oriented spirit would get me to where I wanted to be — and it did. But I didn’t know how it might also be holding me back in other ways.

My parents immigrated to America uncertain of what their next steps would be. I was ingrained with the idea that uncertainty meant a lack of preparation. Uncertainty meant we were not maximizing our time and opportunities, thus falling behind our peers. It was best to leave as little room for uncertainty as we could, by calculating and planning out our next steps.

It was best to leave as little room for uncertainty as we could, by calculating and planning out our next steps.

When choosing what to study in college, I had to put on a façade of certainty to convince my parents that majoring in humanities wasn’t going to ruin my future. I defended my choice by presenting research to my parents in order to prove that studying humanities wasn’t a mistake, even though it wasn’t as “concrete” as a field like medicine. As expected, my parents told me they trusted me — as long as I had a plan.

And they had reason to trust me, since my plans had served me well over the years. During college, I vigorously researched and connected with companies I wanted to intern at. Sometimes I’d go to the office and introduce myself even before I was given an interview. Because of my preparedness, I landed valuable interviews and internships. It wasn’t a surprise when the company I was interning at offered me a full-time position after I graduated. I worked hard and had already planned for this transition so my life wouldn’t change much after graduating.

Not long after I started working full-time, I started planning my next steps. I considered either applying to larger institutions or going to graduate school. The research and planning process began again, and I eventually reached the decision to advance my career.

Though I attributed my accomplishments to God’s providence and grace, a large part of myself claimed the glory — my success was due to my own hard work and great ability to plan. In my desire for control, I failed to acknowledge God’s sovereignty — I didn’t understand the true meaning of walking by faith and not by sight.

Though I attributed my accomplishments to God’s providence and grace, a large part of myself claimed the glory.

“The heart of man plans his way, but the Lord establishes his steps” (Proverbs 16:9 ESV).

Wrinkles began to appear in my carefully tailored plans and I found myself inflexible to alternate options when my plans fell through. It was painful trying to accept that God might not establish my carefully planned ways.

It was painful trying to accept that God might not establish my carefully planned ways.

Soon after I decided to push forward in pursuing my career, God used people around me to soften my heart, prompting me to move back home and minister to my parents. While I wasn’t opposed to this conviction, I was nagged by the timing. Why did this conviction have to come at a time when my career plans were going so well? Moving back home meant throwing out all the opportunities I had gained in the city where I was currently working.

Instead of trusting in God’s provisions, I immediately threw myself into control mode. I didn’t want any unemployment time. In my opinion, being able to transition without downtime would show people that I was working hard and had my life under control. Having clear plans and answers would keep me from appearing uncertain about my life — avoiding this was important, since I equated uncertainty with failure.

I didn’t plan on struggling to find a job, since I’ve generally always achieved what I set my mind to. But God closed doors for potential jobs over and over again. I failed to see this as a work of His grace and soon plunged myself into a second plan: applying to graduate school. While the program related to my career goals, my main motivation was to make sure I had something to do when I moved home. Of course, if anyone asked me, I would tell them I had always planned to apply for grad school. I survived the tedious process of applying to graduate school and was once again back on “my plan” — I thought I handled this mini curve ball pretty well.

It turns out God wasn’t quite done teaching me to relinquish control.

It turns out God wasn’t quite done teaching me to relinquish control.

Getting married earlier than I had planned threw a wrench in my carefully laid out timeline. I found myself “without plans” for the four months before getting married. I decided to hold off on attending graduate school for logistical and financial reasons. And despite my best efforts, I couldn’t find a job that would hire someone who would be quitting in a few months. The very situation I had tried to avoid all my life had materialized.

The aching feeling of not having clear direction ate at me day after day. My negativity was keeping my family, my fiancé, and myself from genuinely rejoicing. I was so focused on the failure of my original plans that I missed recognizing the ways that this time of transition was a blessing from God. I wanted God’s blessing, but was unwilling to submit to His timing. Truth started to sink in as God used those around me to encourage me to see this waiting period as a blessing and an opportunity to use my time intentionally.

Recognizing God’s sovereignty and my weakness has been humbling. In these past few months, I’ve been learning that God’s plans may look different from what I envisioned for myself — and that’s OK. I am certain that God loves me and His plan for me is to be shaped into Christ’s likeness. Sometimes God directs us down a different path than the one we had planned for ourselves. Though it is a hard process, this is to sanctify us and make us more effective for the work He has prepared for us.

Sometimes God directs us down a different path than the one we had planned for ourselves.

Submitting to God has showed me what plans I can have during this time of transition. I have an ample amount of time and energy to pray, invest in relationships, and plan for my wedding. God has blessed me with the time to learn from women in the church who have helped me prepare to be a godly wife and future mother. I’ve been able to intentionally reconnect with old friends, and have had purposeful and memorable moments with my parents. I’m learning that it’s more important to live a life that reflects God being in control than to always have everything figured out.

I definitely am still a goal-oriented planner, but I’m learning to acknowledge God’s role and plans in light of my own ideals. I have certain visions for my wedding, but as I plan, I’m learning to respond with flexibility and openness, and I am praying for my eyes to stay fixed on Christ.

I’m convinced that it is of greater worth for our guests to hear the gospel rather than to have a flawless and wrinkle-free wedding. I am learning to walk with a peaceful confidence that God is in control — even when I don’t understand my own circumstances. 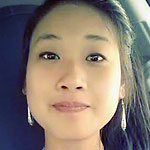 Carrie Shieh is an alumni of University of California, Irvine and an involved member at Berean Community Church in Costa Mesa. Carrie enjoys learning about different cultures and meeting people from different parts of the world. Her weakness is any green tea or matcha flavored snacks or desserts!