I am still traumatized by the Atlanta massacre, in which six Asian women — Yong Ae Yue, Suncha Kim, Soon Chung Park, Hyun Jung Grant, Daoyou Feng, and Xiaojie Tan — were slaughtered in a massage parlor by a sex-crazed white man.

Like many, I had immediately associated the employees in the massage parlor with sex work. After all, masseuses have claimed that sex workers like myself “hijacked” the massage industry by offering complementary sexual services alongside massages, imposing an unprofessional connotation on the once sanitary field. Thus, the shooter and onlookers did not scour for information regarding the victims’ involvement with sex work. Regardless of whether the masseuses engaged in sex work or not, outsiders would automatically impose the stigmas of sex work on the women, labeling them as sources of “temptation” that needed to be eliminated for individuals like the shooter to control their sexual urges. The women became unworthy of sympathy since they could easily be equated to prostitutes.

As reactions to the breaking news flooded my Twitter feed, I was reminded of the dangers of prostitution, a profession that I once wanted to escape. I could not shake off the memories of fearing for my life when meeting new clients on the job as a queer sex worker — I had no idea whether a hateful murderer, cop, or sane client awaited me. I had heard too many stories of sex workers being murdered by clients or arrested after being sexually assaulted by cops to approach my work casually. If my potential clients had viewed people like me in the same way the shooter had viewed the masseuses, I could have easily met a similar fate while on the job.

After the massacre, I was even more disgusted by the crude utilitarian remarks that reduced our work to effortless, unskilled, over-glamorized labor. It is not difficult to see why misconceptions dominate our profession. Online-based sex work platforms like OnlyFans are glorified and demeaned as celebrities like Bella Thorne capitalize on their fanbases to become instant millionaires effortlessly.

As OnlyFans quickly became the new face of sex work, our profession became the butt of college students’ jokes — if they were to drop out, they could make an OnlyFans to rake in thousands. Such jokes erase the realities of increased risk of incarceration, murder, and sexual assault for sex workers. They are made at the expense of stigmatized sex workers deemed unworthy of holy salvation or human decency.

The stigmatization of sex work has proven deadly outside of the Atlanta shootings, manifesting as dangerous legislation like the Stop Enabling Sex Trafficking Act and Fight Online Sex Trafficking Act, bills intended to curb sex trafficking that, instead, compromise the safety of sex workers. The false equivalence of sex work with sex trafficking — which arose as sex workers were stigmatized as non-consenting, helpless trafficking victims — catalyzed the bills, resulting in the takedown of sites like Backpage, which sex workers use to screen clients to maximize safety. More explicitly, anti-prostitution legislation in the U.S. forces sex workers to find even less comfort in law enforcement due to the fears of arrest after reporting, say, prostitution-related sexual assaults, breeding more mistrust with police.

Simultaneously, a wave of Asian hate crimes has swept America. Exacerbated by the perceived origins of the COVID-19 pandemic that the Trump administration first promoted, there were, at some points, weekly reports of assaults against Asians. Somehow, all Asian Americans were responsible for a virus whose perceived origins were seas away and remained ambiguous.

The decades-long amalgamation of whorephobia and anti-Asian racism created a perfect storm for the massacres to occur.

Response to the massacres by local and federal officials has been disheartening. Calling for increased policing demonstrates the lack of awareness government officials have for our communities. Memories of the late Angelo Quinto, a Filipino man murdered by an officer that pinned his knee on Quinto’s neck for five minutes, still ripple throughout the Asian community, signaling distrust of the police.

A generational rift dividing younger and older opinions on policing is not uncommon. Older Asian individuals who immigrated to the United States may have been conditioned to be subservient to white America, receiving false promises of safety and capital as rewards for compliance, says Atlanta pastor Tae Chin in an Associated Press interview. Struggling to adjust to a new country, some older Asian Americans were encouraged to prioritize assimilation over confronting Asian-targeted racism in the U.S. as a survival tactic to gain proximity to whiteness and minimize violence toward their communities.

A Tufts University report highlights generational gaps in police perception. Civil rights movements throughout recent decades have proved exigent for younger Asian Americans, resulting in heightened civic engagement that boldly prioritizes issues of racism, healthcare, and climate change. Unsurprisingly, their rejection of the imposed model minority myth has shifted their opinion on issues like police treatment of racial minorities. When stratified by age, a poll from the Asian American Legal Defense and Education Fund indicates that an overwhelming majority of young Asian Americans believed that police did not treat racial and ethnic groups equally, while favorable results dominated older populations.

Furthermore, when considering the intersections of the stigma of sex work in cases like the Atlanta killings, the shortcomings of policing as a viable form of protection are exposed. Asian sex workers like myself cannot find solace in increased law enforcement presence, especially when stories of undercover police arresting us after sexually assaulting us frequent news headlines. Abuses of power and legal and personal violations that promote such atrocities serve as constant reminders that police forces cannot be trusted. Consequently, calls for heightened policing in response to the Atlanta shootings only exacerbate stressors already felt in full force as Asian sex workers, who can easily see ourselves in the victims’ positions, reel from the late murders.

Public policies that rely on law enforcement force us to rethink how we respond to events like the Atlanta shooting. Policing does not address institutional problems. At best, it is a band-aid cover that serves as a cruel punishment to disproportionately harm marginalized folk. It aims to punish without remediating the root causes of a society in which outlawed behavior already polices marginalized bodies and communities.

Calls to defund the police hope to siphon the over $180 billion spent annually on policing and incarceration to viable interventions that supplement impoverished communities with much-needed social, environmental, and financial capital and local resources. Moreover, they aim to reimagine how we view and treat criminal behavior, and to care for impoverished communities of color most harmed by the criminal system via compassionate and remedial methods.

Safer responses to violent crimes for racial minorities call for “a service that provides expert specialized rapid response” that is divorced from a police system originating from and perpetuating anti-Blackness. Such solutions aim to create structural change by altering the social contexts of how people relate to one another and address harm. While structural resolutions are difficult to implement and require mutual effort to be effective, they have the greatest potential for meaningful change. Luckily, recent waves of support have flooded the families and communities of the victims of the Atlanta shooting, showing the power of solidarity and mutual aid.

Hesitancy to discuss the intersections of sex work with racism in the Atlanta shootings persists. Tenseness fills the air in conversations of taboo subjects with community members and friends, as sexuality is often discussed in private. As such, any movement that does not include and engage Asian American sex workers cannot offer comfort, safety, or hope to us. Atrocities like the Atlanta shootings call for communities to relinquish social conservatism and openly converse about topics like sex work. Calls to stop Asian hate, while well-intended, fail to ameliorate my fears of the violence directed against Asian American sex workers, as proposed solutions that are single dimensional — like heightened policing — fail to consider the collateral damage they will cause.

Organizations like Red Canary Song aim to create a mutual support network for Asian and migrant sex workers, pioneering conversations of sex work on social media and in local events. Though Red Canary Song has seen a significantly increased social media following after the Atlanta shootings, online growth is an insufficient proxy for readiness for uncomfortable discussions. Simply put, online support may be insincere, as outsiders may still refuse to discuss issues like sex work at the dinner table, leaving room for unchecked, ignorant political action that threatens our lives.

A glimmer of hope still presents itself as sex workers of color embrace self-advocacy, demanding the attention of outsiders to gain political capital in ongoing debates. As non-sex workers begin to muster support for sex workers, it is clear that it will take much longer for sex workers like myself to gain footing in political spaces, regardless of our qualifications. Non-sex workers cannot let another sequence of deaths occur to be temporarily sobered, else an endless cycle of death, feigned support, and inconsiderate political action ensue. Instead, they must familiarize themselves with our narratives and merge them with political action in order to destigmatize sex work and sex workers, and to dismantle policing. 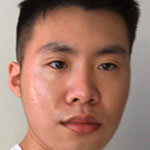 Danny Nguyen (he/him) is a San Francisco native and senior at Vanderbilt University pursuing a B.A. in Molecular and Cellular Biology and Medicine, Health, and Society. In his free time, he enjoys recreational and professional writing. He is launching Systempunkt, a publication that emphasizes innovative data visualization with storytelling, in late July. He can be reached at danny.t.nguyen@vanderbllt.edu.