Whose Scars Am I Wearing?

“They said she was a young servant girl ... ”
“The Master raped her.”
“Became a prostitute ... ”
Rumors ...
“Her son got adopted.”
“He was rich. His trade ships got sunk during the war. He became poor.”
He drank poison and died.
“She was his favorite child from his concubine. Was she safe?”

Memories. Voices. Accusations. Family traumas tailed my life, casting shadows of pain and shame. I felt it when my mom raged. I felt it in her gaze of melancholy. When I was younger, I felt it when I got bullied, betrayed, and was helpless to defend myself. I was in denial that this generational pain could not touch me. I shoved and shoved it until it couldn’t be shoved away anymore.

But it only took a trigger. A photograph of a family member recovering victoriously from a near death experience with cheering people surrounding him. And I felt a sad question: “Who had been there for me when I felt so alone and helpless?”

Just like that, I lost it. I felt my head spinning, an urge to scream, a sorrow so deep, I began to cry and beat my chest. I couldn’t stop wailing and hitting myself to ease the pain that couldn’t be softened by the blows. My soul was hurting and finally felt it. Flashbacks flooded so fast, I was shivering and shaking. Everything about my physical state told me I was behaving like a trauma victim. But the human body doesn’t lie. It will vomit whatever shouldn’t be there. Was I too old, reaching 50, to do the grieving I had avoided all my life? Could my body handle the pain of diffusing emotional trauma buried so deep?

My complete breakdown hit the pause button in my life. No makeup, no outfit, no motivational talk could cover up where I was. Stuck. There was nowhere to hide. It was time to get off the treadmill of crisis living. I lived putting out family fires, making peace, and being glue for everyone. Someone had to keep it together. To survive, I buried my needs and stopped dreaming. The power to choose wasn’t mine; I lived reactively. It was unhealthy, but it was all that I knew since I was a child. Living in crisis mode was a familiar way to do life, even if it was at the expense of my well-being.

But my body was reliving things I couldn’t deny, dragging me back into trauma mode and shaking me into my senses. With my counselor, I looked at the past four generations on both sides of my family tree. The bare facts spoke for themselves: four generations of suicide, rape trauma, rejection, abandonment, social and cultural stigma, mood disorders, survivors of World War II, starvation, poverty, betrayal, addictions, and abuse … where to start?

My mind was racing through options. Where did I want to go with this reality? Whatever I had done in the past wasn’t working. Blaming my parents, my grandparents, and their parents got me nowhere but to this breakdown. Embracing victim mentality wasn’t making me a healthier person. For years, ranting against others was an easy way out. I felt justified to point fingers at the world that let me down. Gently, my counselor smiled at me. I sucked in a deep breath. There was only one answer.

Forgiveness. But who? There were so many people within four generations. I started with awareness. I had to trace where my survival habits of crisis living came from.

Mom. Whenever people got in her way, she would rage, stomp her feet, pound tables, and flip chairs to protest against injustice. I have never seen her do that with us, but I heard her stories. At home, when things didn’t go her way, she would throw a fit.

Dad. The peacekeeping and savior complex he had in his family continued in our home. He would always pacify Mom to keep the peace. Dad was my teddy bear comfort. I learned from him how to make peace. But when I was on the streets, his example did not serve me well. I was bullied at school as a tiny Chinese girl. The bullies would stand in front of me and block my way. I was too small to fight back and had to beg or bribe them with snacks. I had to swallow my pride to get through. That was survival.

As an adult on the streets, vehicles that got in my way triggered that childhood pain. What I couldn’t do as a child, I acted out as an adult, snarling in traffic snags. It hurt too much to admit the bullying I had faced and my inability to stand up for myself. I was disappointed I didn’t know how to rage like Mom when I should have and made peace like Dad, giving into bullies when I had other options. Both ways of coping that I learned from my parents crippled me from getting justice at the right time and in the right way.

The photo. The trigger. Mom. Dad. Where was I? I finally went back to when I should have screamed and finally did.

“Dad, where were you when Brother was suicidal and cutting himself in the junkyard?”

“Mom, where were you when this crisis was occurring night after night? You did nothing. Why? Where did all your rage and energy go?”

“Why did you send me out in the middle of the night to go after Brother? I am not the parent. You should have done it, not me! Both of you robbed me of feeling safe as a child and teen. You wronged me! I had to fend for myself. Where were you?”

Grief and emotional pain cannot be stuffed down forever. It will morph into emotional cancer and manifest physically. I wept for days, realizing how screwed up I was. For a week, I couldn’t be home alone. I needed my husband home to keep an eye on me, to hold me when the shivers hurt. Emotional detox was physically demanding, draining, and an all-out healing process. I couldn’t do this alone. “Jesus, hold me. It hurts so bad. I need you!” And I would scream, whimper, and cry some more.

During a healing prayer session, my prayer counselor walked me through the steps: We asked God by the power of the Holy Spirit to remind me who I was every time I believed I was trash. I saw Brother and myself in the junk yard. He was slashing himself. I was crying, feeling helpless, scared, and useless. There was nothing I could do to stop or take away his pain. I believed the lie that it was my fault.

First, I had to repent of the lies I believed each time I was hurt.

“In Jesus’ name, I break the agreement that I believed everything was my fault, that I am worthless. Jesus, where were you in the junk yard?” I saw him standing in between Brother and me. His arms held each of us close to his side, keeping us safe and warm. He walked us home. Only then, with Jesus close to me, did I finally feel safe to accept myself and forgive myself for not being able to protect my heart, allowing others to trample and rip it to shreds. Feeling God’s presence close to me gave me the strength to take the next step.

“In Jesus’ name, I forgive Dad, Mom, Brother, and the bullies for the pain done to me. I release them and choose to bless them.” It was not a one-time prayer but repeated over and over again, detail by detail, in order for the healing and restoration to take root. I had to quit playing the blame game and refuse victim mentality.

Forgiveness is very expensive, because it takes time to do it well. Jesus said forgiveness is 70 times seven; now I understand why. It is easy to hurt each other. The process will be ongoing until we are back in God’s arms of grace. But I no longer feel anger toward my ancestors, my grandparents, or my parents like before. There are some days I still throw up my hands up in the air and huff, “This sucks!” Then I sit in the quiet of the day, crying my heart out to Abba. I appreciate being able to see the bigger picture. What those before me couldn’t say for themselves, I give thanks that I can scream for us, cry for us, and claim healing for our family line, beginning with me. 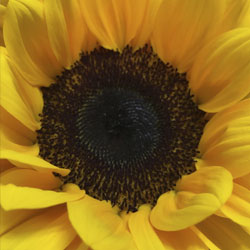 Gloria H. Potamus dwells in the shelter of the Most High, rests in the shadow of the Almighty, and enjoys laughing.