Part of 3 of in
by Michael Kim-Eubanks
PHOTOGRAPHY BY PABLO DE LA HOYA
Feb 01, 2017 | min read
Part of 52: Lament
26 Snaps
26 0 Snaps
Oops! Something went wrong while submitting the form.

SOMETHING IN ME broke when I heard about Eric Garner.

As I watched the cell phone footage of police officer Eric Pantaleo choking the life out of him, it was like I was watching a summary of America's relationship with Black people.

For days, I couldn't speak. I would just cry randomly. I couldn't pay attention in meetings. I would find myself angry at very small things, for longer than what seemed to be normal. I knew it was nothing new, but I also clearly understood that Eric Garner could have been me, murdered on a sidewalk by a group of people carrying badges and narratives and assumptions that justified their act of terrorism.

Then my faith changed, too.

I would listen to a song about how God's love never fails, and something would start to rise up within me: "Oh really? Your love never fails? Never? Well, if that's so, then when were You planning on letting Black people in on Your love? When do we get to live in America and actually be free? Like, without being shot at by police, or having our schools gutted of their teachers and programs, or seeing our neighborhoods stripped of their businesses and economies, or needing to see a third of our men sent to prison? How long until we know that unfailing love? How long, O Lord?!"

This was when I started to learn how to lament. And I never could have imagined that my lament over the narrative of my Black body could be shared with Asian Americans.

It started with meeting a community I've grown to love. Ekko Church is a Orange County-based faith community with Korean American roots. It is led by Bryan and Michelle, the founding co-pastors, who deeply value following Jesus through narrative perspective. Their desire is for people to know their own stories in the tension of beauty and brokenness — whether it's the stories of the millennials in the room or their parents whose legacies they carry — know the story of God, and to see how God's story makes its way into our own to usher in spiritual freedom and prophetic witness.

Within the past couple of years — as our country entered into expressing its already existent racial brokenness — Bryan, my wife, and I started talking about our country's racial history, the story of God, and the story of Asian Americans.

We talked about how, for some Asian Americans, life feels like a continual search for belonging. So many lands, languages, and spaces feel simultaneously familiar and unfamiliar. As someone from another community, I connected with the feeling that this land doesn't ever quite feel like home. This liminality, or "in-betweenness", is such a rich and meaningful place for lament.

We also observed the barrier to lament that we all possess: the national epidemic of American exceptionalism. We have a dangerous inability to remember the dark side of our history and reflect on how we are still trapped in that darkness. In fact, we penalize such engagement by calling it "divisive" and "focusing too much on the past". But it is our ignorance that diverts our gaze from the suffering that the empire continues to inflict upon its most vulnerable. Our exceptionalism is thwarting our healing.

Bryan invited me and my wife to lead Ekko's leaders in a time of lament, and I suddenly had to acknowledge my own fears. The only way to lead others into lament is to lament. I can only lament from where I am, as a Black man, but my story is distinctly different from theirs. I was afraid that my expression of lament would be evaluated instead of being experienced.

The only way to lead others into lament is to lament.

Yet I also carried in me a deep sense that Ekko had received me as one of their own, and that we were family. But this would certainly test the limits of our family feeling, and I was afraid that, at some point, I'd be seen as an outsider, whose presence would trigger the shame of having to "air out the dirty laundry" among strangers.

With invitations, barriers, and fears all present, I simply hoped that the Holy Spirit would move. Lament needs space, and once that dedicated space was made, lament rushed forth.

We began that night in worship, acknowledging what was most true about God and about ourselves. In orientating ourselves to that truth, we could then reflect on the reality of our world's brokenness and our experience of it, beginning with lament over our own stories. My wife, Erina, who is Korean American, gave a historical narration of Asian Americans' experience of rejection in America, setting a collective context for the individual ways people identified with rejection. She and I shared artistic expressions of lament from our own pain, anger, and fear of rejection.

Then came the turn: We had to own the ways that we had taken the rejection we'd experienced and subjected others to that same rejection, even and especially in our own church. As we confessed our sin together, we washed one another's hands as an act of communal repentance. "Lord, give our community clean hands. Give our people pure hearts."

We started to cry out to God, pleading for Him to do His will among us; you could sense the desperation and hunger in each person's prayer. God was instilling fresh hope in His people, and new voices were articulating dreams for the church that had never been heard before. It was thrilling.

an orientation to empire

When we lament, we are participating in a practice that characterizes the people of God and is deeply rooted in biblical history. The verse "there is nothing new under the sun" from Ecclesiastes reminds me that what I'm living, feeling, and experiencing has been lived, felt, and experienced before. Lament is no exception.

Ecclesiastes reminds me that what I'm living, feeling, and experiencing has been lived, felt, and experienced before. Lament is no exception.

And these disparate realities are sometimes started and often cultivated by people who love power; when those few get a sense that their privilege is slipping away, they resort to physically, emotionally, and psychologically violent means to hold fast to the power with which they have become all too familiar.

Often, it has been our resistance to the empire that has been the prelude to miracles, signs, and wonders that have constituted the powerful destiny of the people of God. And, it has been our collusion with and co-opting by the empire which have led to the darkness and despair of exile.

And whether it be the cries of God's people to rescue them from centuries of oppressive brick-making — or the bitter declaration that the people of God will not be mocked and scorned into singing their songs of praise — the gathered faithful have always used their words and their bodies to render to God the height of their sadness, despair, rage, and despondency.

The gathered faithful have always used their words and their bodies to render to God the height of their sadness, despair, rage, and despondency.

The more I reflect on the terms and conditions of "empire", the more my lamentation has found focus and clarity. Such clarity brings me no joy, but it does elucidate my faith in a way that brings me a sense of place. My anger and sadness have at long last found a place in the arc of the story of God, the story of God's people, and the story of my people — Black people — in America. I got to watch Ekko experience the same in their own context.

Even in this land that has preached otherwise with its laws, norms, media, and religion, we still have a story worth telling. We still have a life worth living. And when it hurts, we will bring that story — and all its pain — to the feet of the One whose cross represents everything that our people — Black people, as well as Asian American people — have suffered.

If I'm honest, I was surprised by how organically Ekko's men and women could express their hopes for their church to God with authority and humility.

I have seen Asian Americans try and escape the shame of collective sin by solely focusing on what is good about God and themselves.

But this was a rare experience — to see an Asian American community bring collective pain and grief to God, acknowledge the ways they turned that pain onto others, and then confess and cry out to God for a better way to live. It was incredible.

I am not the only one who needs to lament. Through Ekko, I was privileged to bear witness to how my personal engagement with lament could serve the people and communities I love. The fears I had of my lament subsuming theirs were unrealized.

In fact, I think that because they had accepted me as one of their own, my lament became part of a shared grief that we offered up to God. My presence didn't engender shame — it seemed to be received as grace and solidarity. I know that I did not deserve to be there, but to share this moment with them was a gift from God. 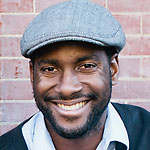 Michael Kim-Eubanks works for InterVarsity Christian Fellowship as a regional coordinator for Black Campus Ministries. He is also a musician and songwriter who plays with the R&B band The Delivery. He and his wife, Erina, reside in Berkeley, California. 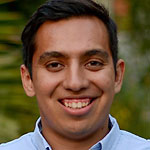 Pablo De La Hoya is a graduate student at University of California Berkeley’s Graduate School of Journalism. His focus is in documentary Filmmaking, but continues to practice his photography. He has a keen eye on seeing stories visually through videography and photography.