A Heart for the Oppressed

Many of us, as people of privilege, benefit from immigrants who serve as waitresses, gardeners, and trash collectors in our homes, schools, workplaces, and restaurants. Can we keep letting this socio-economic divide separate us from “them”?

WITH A FEW WEEKS remaining before I was due to give birth to our first child, I was on maternity leave and the nesting drive was in full force. My compulsion to clean and organize, however, was terribly incompatible with my physical limitations.

My husband suggested for the first time in our nine years of marriage that we hire a cleaning lady to do a detailed cleaning of our home before our baby arrived. I was immensely uncomfortable with the idea, as I had never experienced bringing in hired help.

I remembered a quote I had once heard, “I would rather live a life that is closer to the oppressed than to the oppressor,” and I felt that agreeing to hire a cleaning lady was somehow siding more closely to the oppressor, the “haves” rather than the “have nots”. But we needed the cleaning, so I agreed.

I felt that agreeing to hire a cleaning lady was somehow siding more closely to the oppressor, the “haves” rather than the “have nots”.

She was highly recommended by friends. When she came to take a look at our home, she was shy but personable. I spoke her native language, which helped break the ice, but the awkwardness quickly resurfaced when we asked about the price. She shrugged and seemed reluctant to give a number. I wanted to be generous and offered a few dollars more per hour than what our friends paid, but could not read her response.

Was she insulted? Trying not to be overly enthusiastic? I tried to be relaxed as I felt any additional discomfort on my end would only accentuate the socioeconomic differences, but it was awkward nonetheless.

It took her 1.5 hours to reach our home by bus. She came to the United States years ago to give her children in her home country a better life, after their father left her for another woman. She asked for cash, not a check. I did not ask why. She was incredibly quick and thorough with her work, and though it was obvious I was in no condition to do much work myself, I struggled to sit still as she cleaned. I felt both incredibly grateful and incredibly guilty.

I kept thinking of what another immigrant friend said to me years ago when he had been working as a Certified Nursing Assistant in a nursing home. He was gentle and wonderful with the patients, toileting them, feeding them, singing to them as he helped them exercise. He once commented, “They’ll always need people like us, people who are willing to do the dirty work for cheap. It’s OK. I know that’s just how it is.”

It seems that our society has generally accepted the fact that many people in these low-income service positions tend to be of certain ethnic backgrounds, and we are not aware of our assumptions until we are surprised by the anomalies. Would we expect to see an Asian American in one of these positions? If not, why not?

It’s important, as a first step, to be aware of our own biases and assumptions, and what is behind them: our society, our parents’ voices about who we should be, our own pride or fears, our own propensities toward racism. Do we feel that certain races belong in these positions while others don’t? Are we bold enough to confess this level of racism in our society, in our own hearts?

Do we feel that certain races belong in these positions while others don’t?

I am thankful for a church family that has a humble heart in connecting with and caring for people from many different ethnic and socioeconomic backgrounds. Some church members have become very involved in missions in Ghana, and they come back every year to share how the disabled community there has deeply touched and humbled them. Others have worked as teachers among the inner city youth in South Central LA, and a few of those youths have come fairly regularly to our middle-class Japanese American church despite the fact that their worlds are vastly different from most of ours.

We have learned from their lives and we have been blessed by their hearts, but there was without doubt a period of adjustment in learning to build community with people who were so different from us.

I am thankful for these personal connections that have helped to shape my own perspective toward low-income immigrants from other ethnic backgrounds. They have revealed my arrogance and have helped me to better appreciate the perspectives and experiences of others who grew up in completely different worlds. They helped to begin turning people who were “the other” into people whom I considered my friends.

They helped to begin turning people who were “the other” into people whom I considered my friends.

When I met our cleaning lady, I had to figure out what was making me so uncomfortable, despite being in a church community so open to connecting with people of different backgrounds. I come from an immigrant family, and while my parents had to work very hard and lived frugally, we never experienced the kind of oppression or level of economic hardship that many of today’s immigrants in these service positions face.

I was the privileged immigrant, face to face with the less privileged in this dear woman who had come to clean our home. I was the Christian, taught to think like a servant, face to face with someone asking how I preferred for her to serve me. I desperately wanted to know how I might handle this in a way where I could rightfully respect this woman’s dignity and serve her even as she served me. Expressing guilt and being profusely apologetic toward her could actually be condescending.

I found myself asking, regardless of the arguments from various sides of the controversial topic of immigration, how can we as God’s children respond to low-income immigrants when we come face to face with them in our homes, our schools, our workplaces, our hotels, or our favorite restaurants?

How can we as God’s children respond to low-income immigrants when we come face to face with them in our homes, our schools, our workplaces, our hotels, or our favorite restaurants?

Guilt may be a common response, but is it the appropriate heart response of the Christian? There were upper and lower classes, masters and slaves from the Old Testament to the New Testament times, and God never seemed so concerned about His people doing away with the socioeconomic differences per se, as He did about them doing justly, showing mercy, and walking humbly with Him (Micah 6:8).

Scripture states in Deuteronomy 15:11, and again quoted by Jesus in Matthew 26:11, “The poor you will always have with you.” He appears to see this simply as a part of life here on earth. But what Christ seemed to always emphasize was that the rich be wary of allowing their wealth to become their idol; that justice and righteousness be a part of the interactions between rich and poor; and ultimately that the heart of every person was humble and right before God regardless of socioeconomic status.

Wealth does not necessarily make a person more sinful, nor does poverty necessarily make a person more righteous. A Christ-like perspective for us as the relatively wealthy may be less about feeling guilty and more about seeking justice, humility, and righteousness in all situations and people involved in any exchange. It seems to logically follow that the outflow of this perspective would lead to generosity on the part of the Christian, without being motivated so much by guilt and shame.

What practical responses might we offer? The Lord reminds His people in Deut. 15:15 that they were once slaves in Egypt before He redeemed them. Before we form strong political opinions against immigration, we need to humble ourselves to hear their stories, to understand their plight and their decisions, and remember that we can often form judgments out of a place of privilege.

Immigrants in service positions in our hotels, restaurants, and in my case, our homes, often seem to fade into the background as almost sub-human, unless we make an intentional effort to truly recognize them. Jesus Himself reminded His followers that He is found in the “least of these.”

In some situations, caring with the heart of Christ for low-income immigrants may entail a simple gesture of making eye contact to recognize their personhood and offering a genuine “thank you” for the work they are doing, as they often work thankless jobs. It may include an extra generous tip to recognize that their labor is hard and their compensation is little. If time and circumstances allow, it may include connecting and talking without condescension to hear their experiences and understand their needs.

In the Old Testament, we see God’s heart for the stranger in the land, particularly the poor. He commands His people to set aside part of their harvest for the poor who have nothing to eat. As we seek to be responsible stewards of the resources we have, we can allot a specific budget for those in need. By ensuring that we have not overspent on ourselves, we can maintain a cushion from which we can intentionally bless others.

By ensuring that we have not overspent on ourselves, we can maintain a cushion from which we can intentionally bless others.

We can learn to live simply within our means (i.e. refrain from eating out as much, cook for ourselves, limit our “luxury” purchases, etc.) so that we can identify more closely with the plight of those who struggle financially day to day. We can go on missions trips or outreaches to the inner city so that we can better understand the daily reality of the immigrant populations.

The greater the gap we build between ourselves and those in need, the greater we distance ourselves from Christ’s very heart for this population. The more steps we take to close this gap, the closer we come to Christ Himself.

We only employed this woman for a one-time cleaning, and truth be told, this allows me the comfort of reflecting on these issues from a distance. Perhaps it is more uncomfortable than we would care to admit to draw closer and closer to Christ by way of drawing closer to the “least of these”. And yet our own humbling transformation can only come when we find ways to bridge that gap, one intentional step at a time. 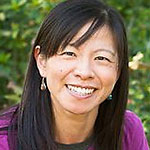 Alia Hui-Wen Sato is a pediatric intensive care unit nurse at Children's Hospital Los Angeles. She has blogged for Adam McHugh, author of "Introverts in the Church" and "The Listening Life," Relevant Magazine, Susan Cain's website "Quiet Revolution," and will be published in the Reflections column of American Journal of Nursing in August 2017. She believes in the power of story and reflection to process and transform even our most broken experiences under the grace of God. She lives the her husband and two children in West Los Angeles. You can find her at: http://pilgrimslens.wordpress.com. 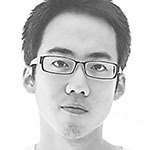 Jason Chen is an aspiring photographer born in Taiwan. He loves inspiration and often finds himself being inspired by movies, music, people, and the word of God.