A Love that Loves No One

On the other side of the street, a girl with multiple bags in one hand and around her feet stood staring intently at a piece of paper. My heart jumped. We had just studied a passage and came away with the application to help people in need, even if it was inconvenient.

"Can I help you carry your bags somewhere?"

In broken English, she explained that her parents had just kicked her out of their house. My heart sank as I saw the restraining order in her hand.

She was homeless. A blanket of what that entailed weighed down on me. I thought she was a student, because Irvine, California, doesn't have homeless people. The police ship them outside of the city lines, and the homeless are not something you see or expect around here. It was all the more clear that God put her in my path.

The police ship them outside of the city lines, and the homeless are not something you see or expect around here. It was all the more clear that God put her in my path.

A furious mental storm passed through my head as I struggled to process what was happening. This was supposed to be a simple act of kindness, but instead, I found myself sifting through irritation at God, anger at this girl's heartless parents, and pity for her. My bed felt even farther than before.

I invited her up to my apartment to have a warm place to sort things out. The walk felt longer than usual. On the way, I called my InterVarsity staff worker, Esther, to see if she could help translate and understand more of this girl's story. Esther discovered that the girl, whom we will call "Christy," was a 29-year-old immigrant from South Korea. She lived with a mental illness her parents pretended didn't exist, which was the root cause of the restraining order. As they talked, I quickly explained the situation to my roommates, suggesting the possibility of Christy staying on our couch for the night. Their reactions ranged from indifferent to very uncomfortable, and I was confused by their lack of enthusiasm.

I had heard story after story of college students opening their homes to the homeless. Wasn't this what God called us to do even if it was difficult? Wasn't this how we could show her love? Didn't they want a testimony of living radically for God?

Wasn't this what God called us to do even if it was difficult? Wasn't this how we could show her love?

Christy stayed the night on the condition that she look for a place to stay the next day. We soon found out that she wasn't the typical houseguest. I expected her to be grateful and be as little of a burden as possible. She should've known that, especially as a Korean.

But there was no need to reiterate "make yourself at home", as she quickly commandeered the living room with all her possessions. She asked for better food and demanded that my roommates stop laughing in fear that they were laughing at her. My annoyance flared the next day as she dismissively informed me that she had made no effort to find a new living situation. I spent the rest of the night researching resources for the Korean homeless, and told Christy I would take her to a resource center the next afternoon. She stayed a second night.

I packed her bags in my trunk and we trekked to the first resource. As the location drew nearer, Christy become more and more agitated. She kept saying, "Just leave me on the streets of Irvine." But I knew I couldn't do that in good conscience. I couldn't stand the idea of running into her in the same state, or worse, of her being taken by the police and shipped to the outskirts of town. She refused to go in, so I went into the resource center alone. The lady behind the counter could not help me, but referred me to another location. At this point, Christy was near hysterics.

She yelled this over and over again as she hit the right side of my body. I was so angry. This was how she was going to repay me for my compassion? Couldn't she see that I was trying to help her? I didn't deserve this level of abuse! We ended up at a transition house for Koreans where she again refused to go in until I started taking her belongings out of my car.

This was how she was going to repay me for my compassion? Couldn’t she see that I was trying to help her?

I sat in traffic fuming. Why, God, did You put her in my path? What was the point of all this? What lesson did You want me to learn? I tried hard to assuage the gnawing feeling in the pit of my stomach as I replayed the episode in my mind. But I knew in the depths of my heart that I had abandoned her — dropped her off just as the police would have done.

Why, God, did You put her in my path? What was the point of all this? What lesson did You want me to learn?

My roommates were waiting for me when I got back. As we were debriefing, my phone rang. It was the lady from the transitional home.

"You have to come get her."

My soul clenched as I told her I couldn't go back. Click. The line went dead. The gnawing in my stomach turned into churning. I called back, but it was too late. Christy was relocated to a local homeless shelter in Buena Park. I exhaled a sigh of relief. I could clumsily wash my hands of this mess. Christy had shelter now, and hopefully, she would get help. I trudged to bed exhausted from the roller coaster of a day, hopeful for some peace of mind.

That didn't last long as at around 6:00 in the morning, I woke up from the vibration of my phone. It was Christy. I let it go to voicemail and tried to fall back asleep. The buzzing did not stop. I angrily answered on the fourth call, and as if from a horror film, I heard her voice both through the phone and outside my window. A shot of adrenaline shocked my heart. How did she find her way back from 30 miles away? I frantically called Esther and, in a whisper, asked her to come help us. By then, all my roommates were well-aware of what was happening, and one was experiencing a minor panic attack.

Esther came and ushered her to Peet's coffee, away from our door, and got an explanation of what was happening. A Korean pastor at the homeless shelter had offered Christy a ride back to Irvine. She had reconnected with an aunt, and could potentially work with the pastor at the church. It was more than I could have hoped.

At the end of it all, I tried to tie off Christy's story with a neat bow. It became my back pocket anecdote when conversations lulled. And though there were oohs and aahs of how brave and loving I was after such a traumatic experience, I was not at peace. I did what I thought Jesus would have done: I took her in, gave her food, went above and beyond just helping her with her bags. Wasn't this love?

But God was not loved. My "obedience" to God was reluctant. I complained to Him more often than I asked for direction, and didn't trust that He would take care of her.

My "obedience" to God was reluctant. I complained to Him more often than I asked for direction, and didn’t trust that He would take care of her.

My roommates were not loved. I alienated them, two of which grew up in places where inviting strangers home was dangerous. My other roommate suffered her own battles with mental illness at the time. My inconsiderate decisions severed our deep trust, which ultimately resulted in messy conflict and bitterness down the road.

Christy was not loved. Seconds after she told me her situation, Christy ceased to be "normal girl with too many bags" and became "Christy the homeless woman." This label was all I could see, and I did everything I could to fix the problems attached to that label without any regard for her. Not only did I disregard her opinion or desires, I am ashamed to admit I thought I knew better than her.

This paper "love" loved no one at all.

The last I heard, another apartment in Irvine had a similar experience with Christy. She was back on the street. It felt like a big blow. She was back at square one, and everything that had transpired was for nothing. Now when I see people on street corners, I still don't know how I'd respond if I were in that position again. But I would start by listening. I would ask her, "Can I help you?" And then hear what she has to say. 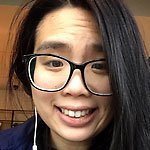 Leslie Lim is currently attending a coding bootcamp in hopes of pursing a career in programming. Both an idealist and ice cream connoisseur, Leslie makes it a habit to find small pleasures and meaning in her everyday life.