Part of 3 of in
by Peter Yoo
photography by wonho Frank Lee
Jul 01, 2015 | min read
Part of 33: Black Lives Matter
9 Snaps
9 0 Snaps
Oops! Something went wrong while submitting the form.

Even before the 1992 Los Angeles Riots, tensions between African Americans and Korean Americans were already strained. But past hurts don’t have to dictate how we live today and in the future.

THE PHONE JUST KEPT RINGING and ringing. Usually, someone would pick up after just a couple of rings, but after about a dozen rings, I figured they must be busy. I tried again after a few minutes and again the phone kept ringing and no one answered. This was highly unusual, so I tried again for the third and fourth time, but the phone just kept ringing.

The fifth time I called, and after about the eighth ring, someone finally picked up the phone, and I heard an unfamiliar voice: “Hello, this is Detective …”

My heart dropped, fearing something terrible had happened. I asked to speak to my parents — to tell them, like my brother and I did every weekday, that we were home from school — but the detective explained that there had been an accident at the store, and that he would let my mom know to call back later.

Mom called that night, sobbing and unable to speak clearly through her tears, telling me that Dad was in the hospital. One of my mom’s friends from church came over to take care of me and my brother. I didn’t see my mom until early Friday morning as we were getting ready to go to school. When we arrived at school, one of my teachers came up to me, holding a copy of the LA Times and asking if the newspaper’s cover story was about my parents. It was then that I learned my dad had been shot when four Black men robbed my parent’s store.

Mom called that night, sobbing and unable to speak clearly through her tears, telling me that Dad was in the hospital.

I found out later that day that my mom had also been taken to the emergency room because the stress and emotional and mental trauma she had experienced in the last 48 hours had taken a significant physical toll on her. I was still very confused about what was happening, since we weren’t allowed to go to either of the two separate hospitals that admitted our parents. It seemed like every news station that Friday night had a story about my parents store: Robbery. Gun fight. Shot. Killed.

Several armed Black men entered my parent’s store with the intent to rob them. In the course of the robbery, a gun fight broke out inside the store, leaving two killed, another critically injured and my dad barely standing in the middle of the store after being shot three times.

I remember watching the surveillance camera footage that later aired on a TV show as the host gave a play-by-play. My dad had just stepped out from behind the cashier’s counter when one of the men rushed him and pistol whipped him on the back of his head, pushing him back behind the counter next to my mom. Another one of the robbers had put a gun to my mom’s head yelling at her to open the register.

My dad had just stepped out from behind the cashier’s counter when one of the men rushed him and pistol whipped him on the back of his head.

There was a brief moment of silence after the registers were emptied. Then, the gun shots rang out. My dad was shot three times: once in the head, another in the chest, and another in his stomach. Had any of the bullets been a centimeter off, my dad would have also been killed that day.

Several months later while my dad was recovering at home, it seemed like all sorts of people were coming to our house to visit my dad. And I remember him telling our guests this incredible near death experience. He would begin by telling people how he kept hearing and reading stories about business owners being robbed, shot, and killed — and how he feared that one day the same fate would fall upon our own family. Just a week or so before we were robbed, he remembered reading a story of a young Korean couple with two young sons whose store was robbed. After the robbers had emptied the register, they shot and killed the couple, leaving their sons orphaned. My dad was motivated to arm himself to protect his family.

When the masked men rushed in and hit my dad on the head with a pistol, he was confused for the first few moments. Then he saw one of the robbers holding a gun to my mom’s head, and another holding a gun to the head of the other employee. When he started to realize what was happening, he saw his handgun that he kept behind the counter. Although it was out of sight from the customers, it was very visible from behind the counter. He was amazed that the robbers didn’t see it.

My dad feared for my mom and the employee and believed that they were going to shoot them. He feared that his two young sons were going to become orphans. He thought that if he could draw the robbers’ attention and scare them off — even if it meant losing his own life — my mom would survive, and his sons, though fatherless, would not be orphans. When my dad suddenly reached for his gun, the robbers began to shoot at him. He knew he had to draw the fire away from my mom, so he moved out from behind the counter into the middle of the store surrounded by the robbers in the hail of gun fire.

He knew he had to draw the fire away from my mom, so he moved out from behind the counter into the middle of the store surrounded by the robbers in the hail of gun fire.

In just seconds, dozens of bullets were fired between my dad and the robbers, just arm lengths from each other. But for my dad, things felt like they were moving in slow motion. All of a sudden, the breath was knocked out of him when he was hit by a bullet. He didn’t feel the pain, but the impact turned his body, and his reflexes squeezed the trigger of the handgun. Another impact. Another body turn. And another squeeze of the trigger.

In just seconds, the gun fight was over.

Not realizing the extent of his injuries and that he had been shot three times, my dad saw the ambulance pulling into the parking lot of the store and began to walk out toward the flashing light before losing consciousness.

By some miracle of God, my dad survived. And my family overcame this very traumatic and difficult moment. I remember some of the guests who came to visit sharing their own stories of loss. How they had lost loved ones who were shot once, or how they became physically handicapped from being shot once; they were amazed that my dad had been shot three times and survived.

I recall a few sharing very hateful sentiments towards Black people and applauding my dad for killing two of the Black robbers. However, my dad was never proud of taking the lives. And for many years my dad experienced PTSD, not just from being shot, but from having taken lives; whether he believed it was necessary or not, it left a considerable burden on him. If you asked him now, he’d tell you that it was necessary to take the lives of the robbers if it meant that my mom would live and his two sons would not be orphans.

For many years my dad experienced PTSD, not just from being shot, but from having taken lives.

When I share this part of my life with people, I am met with a wave of pain even though I have shared this story many times. On occasion, there are some who think they are sympathizing with me by expressing how terrible Black people are, and how those that died deserved to be killed.

A few have assumed that because of this, I must feel hatred towards African Americans; perhaps there are even some who wouldn’t blame me if I did. However, others are surprised I don’t. Had the robbers been white, Asian, or Latino, I don’t think the outcome would have been much different. What had happened was not about race, but about a father trying to protect his wife and kids.

What had happened was not about race, but about a father trying to protect his wife and kids.

During the time my parents owned this store, I have never seen my parents hate the people of our community, a community which was predominantly Black and Latino.

My mom would spend days cooking turkey during Thanksgiving and Christmas to prepare a dozen holiday meals for the Black and Latino neighbors of our store.

I spent a great deal of my childhood at my parent’s store. There were a couple of instances where a person with an object in their coat pocket tried to scare me into handing over money or letting them walk out without paying. But one of the greatest lessons I’ve learned through how my parents treated people, was that all people matter. Regardless of skin color or social-economic status, people matter. I was able to witness this through their actions.

At home, the message my parents tried to drill into me was that I needed to out-white my white American friends and classmates. But it was through the actions of their lives that I learned to love my neighbor regardless of color, income, or status. 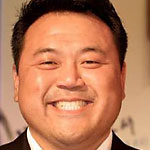 Peter Yoo is a pastor serving in a local church in Los Angeles. He received his MDiv from Fuller Theological Seminary. He tries to live by Romans 12:12, to “Be joyful in hope, patient in affliction, faithful in prayer.” His passion and prayer is to see people fully grasp their identity in the love of Christ and live it out as God’s beloved. He loves coffee, hot sauce, Korean food, and motorcycles.