An Ode to My Melancholy Militants

Part of 18 of in
By Joseph Ligason LeDuc
Illustrations by Angela Lee
Nov 11, 2018 | min read
Part of 62: Money, Money, Money
40 Snaps
40 0 Snaps
Oops! Something went wrong while submitting the form.

When facing overwhelming systems like capitalism, there is an understandable impulse to seek solutions. It is also important to express the unspeakable devastation, loss, and grief of the impacts in our ongoing histories. Perhaps the inevitable end of what we know may be the only spark we can draw from.

‍“It is devastating. We need to be devastated.” – Sara Ahmed

I have vivid memories of Victory Outreach Church while growing up in northeast Spokane, Washington. Although I was not a congregant, the building that Victory Outreach was housed in was unforgettable, primarily because of the murals it featured on the exterior of the building.

The most memorable mural was located on the northern facing wall. The mural was a testament to the triumph and the tragedy of living in northeast Spokane, known for having some of the highest rates of poverty in the state of Washington. The mural stood as a persistent witness to the precarity of the lives rendered disposable by the realities of violence, drug addiction, and the apathy of city government.

The congregants of Victory Outreach were called “preachers in gangster clothing” by a local newspaper who would “lurk in Spokane’s dark alleys, hoping to turn drug users from crack pipes to Bibles”. The members of Victory Outreach took up as their mission to stand on the frontlines against the principalities and powers that wreaked havoc in Spokane’s worst neighborhoods.

Victory Outreach closed its doors when I was in high school and its building remained abandoned for the good part of the last decade. Its only occupants were those wayward souls who, homeless or otherwise, took shelter in the abandoned church because they had nowhere else to go.

There seems to be something poetic about an abandoned church being burned down by the Least of These, the people that this church may have once served.

The abandoned remains of the Victory Outreach church burned down on November 7, 2017. A barrel fire lit by its occupants who were trying to escape the bitter cold spread out of control and burned the abandoned church to the ground.

There seems to be something poetic about an abandoned church being burned down by the Least of These, the people that this church may have once served. The fire that engulfed Victory Outreach evokes the modern revolutionary maxim “burn it down”. In this case, however, the fire was started not as the result of outrage or anger, at least as far as we know. The fire was started because its occupants were simply trying to keep warm.

I often think about this fire as emblematic of a larger truth about capitalism in 2018: that everything burning down may be inevitable. But it will not be the result of a prophetic fury nor a righteous indignation. The world itself may be burnt to the ground simply because those poorest and most marginalized among us are simply trying to keep warm in such cold and trying times.

The world itself may be burnt to the ground simply because those poorest and most marginalized among us are simply trying to keep warm in such cold and trying times.

Some days, I am overcome by the feeling of looking up at something that is enormous. Some days, I not only know the significance of history, but I also feel its gravity. Reflecting on gravity is helpful when considering what history feels like because it does justice to how the past presses against the presence. Just as gravity acts as a fundamental yet invisible force in our universe, history seems to do the same. We feel the gravity of history because the stakes are high, and inaction means grave consequences.

I am speaking here of history as a matter of life and death. Why do we live and die the way we do? What is the history that traps us in its orbit?

A sober global assessment of how 2018 fared provokes the admission that collectively, something surreal is going on. Capitalism and liberal democracy are in crisis. Belief in rule of law is evaporating across the political spectrum. Everywhere, there seems to be a growing consciousness of repressed histories and dangerous memories. The widespread changes in technology and social media have shown the cracks in the consensus about the way the world is and the way the world ought to be. The polarization in politics is so great that it appears that people do not only have different political preferences but rather seem to be living in different realities altogether.

Something surreal is going on. Capitalism and liberal democracy are in crisis.

Another way of asking the question “How much of this is real?” is asking “Is this the way it has to be?” Answers to questions of how the world should be governed that are not “capitalism” and “liberal democracy” are, for better or for worse, gaining credibility in Western popular consciousness.

Is this what a crossroads in history feels like? Why does a world so surreal and unexpected feel so predictable and familiar? Why does the present feel like the past never passed? How can we feel the gravity of those questions without being devastated by it?

Reflecting on history’s gravitational pull is not an exercise in metaphorical thinking; it is about becoming reacquainted with gravity’s physical presence. And this is precisely what I mean by the feeling of being under something that is enormous. We cycle circles as seasons turn.

When I reflect on the forces of history that brought my family to the United States, when I pause to honor the choices that my ancestors made, when I memorialize the lives that were lost on the way to today, it is devastating, and I am devastated. The prophetic mourning of Jeremiah rings in my ears as I write against flashes of panic while in the deepest pangs of my existential dread: “Oh, that my head were a spring of water and my eyes a fountain of tears! I would weep day and night for the slain of my people” (Jeremiah 9:1 NIV). Is it possible to bear the weight of that devastation without being devastated by it?

Words have long been a way that I navigated the devastating gravity of bearing witness to the histories that brought us to today. It was the call to write and bear witness to history’s grave consequences that brought me to seminary. It was the gravity of the past that accompanied me on my best days and haunted me on my worst days. I spent a lot of time writing on what I thought about history, primarily as a way of escaping how devastating history really felt.

Before I began pursuing my master of divinity degree at Union Theological Seminary, writing was a way that I could express how I felt while actively doing everything I could to avoid feeling anything at all, especially feeling devastated. But the writing in seminary took on a new level of gravity because I confronted a history that felt like eternity; its weight and depth felt endless. Despite the temptations of fatalism, the word of prophets like Jeremiah stirred something in me.

Jeremiah spoke of experiences that rhymed with and reflected how I felt today. One word for the feeling is melancholy. It was Jeremiah’s melancholy that revealed to me this theological truth: We still live in the Empire Babylon that Jeremiah is, was, and will be mourning in. There was something spiritually essential in the melancholy that revelation brought and what it meant for me in terms of history, memory, and how we honor the minds, bodies, and souls who live and die captive in Babylon.

We still live in the Empire Babylon that Jeremiah is, was, and will be mourning in.

I feel this melancholy deeply as I look upon the now empty lot where Victory Outreach once stood. Paradoxically, in its absence, a ghostly presence remains. The spacious lot remains a haunting reminder for the long-time residents who carry memories of what once was and what has now passed.

Writing these memories of Victory Outreach is my ritual of commemoration. It is my practice of purposefully memorializing the dead and surrendering to the ghostly testament of the histories once lived. Writing that honors the witness of the ancestors and the histories they lived requires asking ourselves how the dead would judge the Empire that killed them? The gravity of that question is devastating, I am devastated by the reality that question poses. It is when I am most devastated that I feel the most connected with the gravity of the past, with those souls dragged from history to eternity, pushed off the edge of the earth too soon.

Thus, I write this ode to my melancholy militants who feel the weight of history pulsating against their flesh like the incessant apprehension of gravity. If history is a gravitational force, then the prophetic call to bring an end to history as we know it could be thought of as akin to defying gravity itself. Even if we are up to the task, it would appear our success depends on divine intervention. But as the ground we once took for granted begins to go up in smoke, it seems today that fortune is smiling upon us, the wretched of the earth.

A spark has been started, as it was at Victory Outreach. As we stoke the embers and fan the flames at this crossroads in history, the only certainty is that the fire rises. 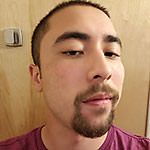 Joseph Ligason LeDuc is a Filipino American resident of Spokane, Washington. Joseph has worked as a debate coach, chaplain, and community organizer. He received his bachelor’s degree in Politics and International Affairs at Wake Forest University in Winston-Salem, NC and his master’s degree in divinity at Union Theological Seminary in the City of New York. He is currently most interested in the apocalyptic and prophetic biblical traditions, prison chaplaincy, and the theological antecedents to American jurisprudence. 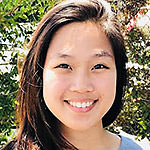 Angela Lee is an illustrator and designer based in San Francisco Bay Area. She was featured in Star 85 Magazine with her narrative illustrations. She develops conceptual illustration and design using both hand-crafted and digital-painted media.