“Asians Only” Not Allowed

What if ethnic-specific college fellowships were banned?

As beautiful as multiethnic spaces can be, ethnic-specific fellowships have historically met different needs on college campuses.

"Joyce, did you hear?" she frantically asked.

"Huh?" I was still typing out my paper as I propped my phone on my ear uncomfortably.

"The director of student affairs is banning ethnic-specific groups on campus! Asian American Ministry will have to integrate with the other chapters because of what you did," she said.

"The director of student affairs is banning ethnic-specific groups on campus!"

I stopped typing as my mind went blank. AAM had been my home at the University of Massachusetts since freshman year. It was such a drastic decision, and I was partly to blame.

It just so happened that I had recently sued a sorority for racial discrimination. Zeta Nu had rejected me, and the rushing process made me realize how racially prejudiced the determination of new pledges was. The lawsuit gained momentum as news outlets all over America picked up the story.

When I sued the sorority, this was not what I wanted. I was trying to be a voice for Asian Americans and other minorities on campus so an incident like this would never happen again. That night, we decided to call an impromptu meeting among the AAM leaders. I looked around and I saw five somber faces filled with stress, confusion, and bewilderment. I burst out in tears.

"I'm so sorry. It's all my fault!" I couldn't stop the tears, it all came out: the hurt from being rejected from a sorority, the strain of having been under the public eye, and the stares and whispers every time I went on campus.

Esther came over, put her hand on my shoulder, and said, "You were speaking out when I might have stayed silent or hid what had happened. In integrating all the chapters, it's going to be challenging, but we have been through countless changes in structures, people, and staff workers before. We'll get through this."

I was most concerned for the freshmen who only had a semester to be in AAM. It took time to grow close to the people in the community, and experience what it's like for the older leaders to serve and mentor them. I remember how turned off I initially was at the idea of Asian Americans just hanging out with each other. But once I checked out the space, it was comfortable — comfortable in that I felt less guarded and didn't need to explain myself all the time.

Would other ethnic chapters understand the intense familial pressure Asian American students are under to succeed?

I know it didn't for me. Every time I heard a white pastor preach on guilt and how I needed to be right with God, I never understood. I didn't feel any guilt; instead, I felt shame. Guilt has to do with the individual, and shame has to do with the community. Growing up in a small Korean American church, I felt like I had to constantly prove myself so people would think well of me, and in turn, think well of my family.

My fear as I neared graduation was that I would graduate college and have no job — bringing my parents shame when people asked them what their daughter was doing — and that I would have to hide because I let my parents down. The gospel made sense to me when I realized that Jesus died on the cross not just to cover my shame, but also to remove the need to strive for status, because we are all connected by His blood. With the multiethnic chapter, we would lose the opportunity to explain the gospel in our heart language.

With the multiethnic chapter, we would lose the opportunity to explain the gospel in our heart language.

My community taught me that God is not only someone whom I should respect and revere and serve as my Father, but also love and lean on in a way I was never familiar with. It was where we gathered together to name and understand the negative influences in our cultures: insecurity because of parents who were never pleased with us; pain that we never told our family about because we didn't want to burden them; and persevering with all the might we had because that's the way our parents taught us to live.

We gathered together to name and understand the negative influences in our cultures.

We had a shared experience, but it was diverse at the same time; we came from a variety of homes with different family configurations or different tenures in America. I doubted that a newly patched group would ever grow to the level of closeness and the bond that our community shared.

The six of us prayed for unity. We could already foresee the difficulties that were about to arise. Misunderstanding of cultural communication norms and hurt feelings are bound to happen and could alienate Asian American students who are used to being indirect. The methods of a multiethnic chapter may not resonate with Asian American students; what if they conclude that Christian community is not for them?

The first time the new fellowship gathered together, it was just the leaders in attendance to decide how we would structure large groups and small groups. The atmosphere was tense as we looked around the room, unsure of whom to look at.

"Our chapters will never look the same," said Eric, a staff worker from LaFe. "We are called to a tough mission to work together. We can make the most of this decision and really learn from each other by teaching each other about our respective cultures."

BCM typically had testimony sharing time before large groups, when they shared for 30 minutes about the things they could celebrate from the past week. We decided to keep the testimony sharing, but limit it to 15 minutes. I couldn't imagine AAM going up and sharing that boldly; it was already a struggle for students to sometimes share in a smaller group. LaFe always ended large groups with dancing and turning up the music to celebrate what God has done for them. Not that we couldn't dance, but to us, it seemed disrespectful to dance in the presence of God.

"What does AAM do in your large groups?" asked Shelby from BCM.

"Uh, I'm not sure," I replied. "Does eating count? We usually eat out after large groups end."

"I don't know if we could all afford to do that," chimed in Greg from LaFe. "Some of us are working like two to three jobs just to support ourselves through college."

"Oh ..." I said. Before this moment, I assumed all college students ate out. I didn't realize that eating out was an activity of privilege that could possibly exclude others.

I didn't realize that eating out was an activity of privilege that could possibly exclude others.

"Do you guys play any games or icebreakers?" Shelby asked.

"We like to play Korean punishment games before large group starts," I said slowly. "We like to get all the laughing and fun out in the beginning so we can focus on the worship and the speaker later on."

"It seems like AAM creates a space that is more somber," Eric observed.

I nodded. "Our songs are usually more reflective and acoustic."

"Why are y'all always so sad?" said Ben from BCM. "Large group is a time to celebrate what God has given and done for us!"

I got defensive, "I mean, we aren't trying to be sad. School gets so busy sometimes, it's just the way we are able to reflect on and process our sin and the weight of what Jesus has done for us. I actually love that about AAM. It's not a bad thing, just different." I suddenly realized I was standing and sat down again. Did I really say that?

"I see that," said Lauren from LaFe. "I feel that often times we don't create the space for reflection and individual seeking time. Out of the time of reflection, we should be able to celebrate, because even where there is no reason to hope, we believe in a God who came and rose again. You think we dance just to dance? It's deeper than that. It's celebrating in the midst of suffering because we know what's to come and what is true right now — that Jesus has died and risen for us."

"Let's also eat out once a month — it'll be an opportunity to introduce different foods from our cultures," Shelby said, winking at me. "And it'll be less painful for our wallets."

I did feel a little small in that meeting as the other leaders from LaFe and BCM spoke so confidently about their cultural values, but I also surprised myself. I didn't realize how far I had come from freshman year in owning my cultural identity, even loving it. I knew why my voice mattered. That day, there wasn't an "us vs. them" mentality. Sharing our differences and stories allowed for more people to take part in them.

Sharing our differences and stories allowed for more people to take part in them.

AAM was nice while it lasted. It was such a rare community to me, to not feel like a minority for once. If incoming students won't get to experience that, I hope this new community will strengthen them in another way. 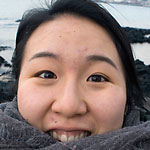 Sue Han is a creative advertising graduate from Southern Methodist University in Dallas, Texas. She hopes to tell stories of finding purpose in the midst of failure and rejection. You can read her stories at sunnydayswithsue.wordpress.com. 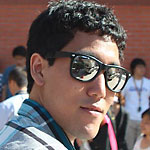 Brandon Hojo is a fourth generation Japanese American who is a recent graduate at Cal-State Long Beach in Film Production and Directing. His hobbies are chess and people watching.