Awoken From the Asian American Dream

Part of 4 of in
By Russell Jeung
Photography by Tiffany Chan
Oct 01, 2016 | min read
Part of 48: American Dream
22 Snaps
22 0 Snaps
Oops! Something went wrong while submitting the form.

The following is an excerpt of Russell Jeung’s upcoming book “At Home in Exile: Finding Jesus Among My Ancestors and Refugee Neighbors”.

LOWELL HIGH SCHOOL in San Francisco is an academic magnet school that attracts the best students in the city. From the class of 1980, my classmates included a Nobel Prize winner, a Pulitzer Prize winner, and an internationally best-selling author. My closest friends attended Harvard University, the California Institute of Technology, and the University of California in Berkeley. Among the Chinese Americans, so many went on to join the top Silicon Valley tech firms that we joked about in our educational and career trajectories: "Lowell, UC Berkeley, Hewlett-Packard: proof there is no free will."

This was to be my fate: going to college and grad school, securing a high-paying job, purchasing my first property (a townhouse), getting married, having kids and buying a Japanese minivan, and moving to the suburbs. Each of these steps to be ensconced in the middle class seemed inevitable for me. My own siblings took this route. They were happy driving their own kids to gung fu, piano lessons, and football practices. That would be Monday. On Tuesday, they would drive to dance rehearsals, NASA afterschool space camp, and the 10th school fundraiser of the semester.

Even in the fundamentalist church where I grew up, which warned against the dangers of worldliness, the members took upward mobility for granted. It was a sign of blessing and a witness to our families. The Asian American dream of every tiger mom was to send her children to a prestigious university so that they could get an illustrious career, which would be reflected by the Lexus parked in the driveway. Then the cycle would be repeated with the next generation.

In the fundamentalist church where I grew up, which warned against the dangers of worldliness, the members took upward mobility for granted.

Fortunately, though, my church taught me to take God's Scriptures literally, or at least, seriously. When I read that the children of Israel were to have a year of Jubilee so that everyone would have land and an equal starting place, I understood that social justice was substantive, not just the right to due process. When Jesus said, "Blessed are the poor", I believed that He spoke about the materially poor, not just the poor in spirit. And when Jesus looked with compassion at the rich young ruler, and told him to sell his possessions, I thought that He was giving that same invitation to me and all of us who belonged to the same community of consumption. Throughout high school and college, I often wondered about the kingdom of God that Jesus spoke of and what it might look like here on Earth.

I often wondered about the kingdom of God that Jesus spoke of and what it might look like here on Earth.

So after I graduated from Stanford University, I spent 1985 through 1986 in Wuhan, China teaching English. The old cadre of the group, Volunteers in Asia, ruggedly sought to live the same lifestyle as those we worked with. We slept in the same dorms as the Chinese teachers, ate at the student cafeterias, and lived on the same wages of about $27 per month. The dorms had no heating back then. It got so cold during the winter that the water on our shower floors would freeze. My Chinese friends had to instruct me how to sleep at night: clutching a hot water bottle and folding a down comforter around me like a gum wrapper. We had no hot water either, so I avoided showering and bathing as long as I could. Luckily, since I walked around in six layers of clothing all the time, no one noticed any body odor.

I lived without television, radio, or other forms of entertainment because I couldn't understand Chinese. The majority of China had little disposable income back then, so shopping or eating out weren't options to pass the time. Without these American amusements, I instead chatted with colleagues, took long bike rides at night, and read every book published in English at our university.

Reflection on our collective austerity and on these books cemented my sense of calling and convictions. Along with the Bible, I got inspiration from Mao Zedong's "Little Red Book" and his call for devotion to service: "Our point of departure is to serve the people whole-heartedly and never for a moment divorce ourselves from the masses ... and to identify our responsibility to the people ... "

"Our point of departure is to serve the people whole-heartedly and never for a moment divorce ourselves from the masses ... and to identify our responsibility to the people ... "

With my fundamentalist, world-denying orientation, I felt called out of American consumption patterns. It led me to identify with the masses and become a creative extremist for love.

With my fundamentalist, world-denying orientation, I felt called out of American consumption patterns.

In addition to this solidarity with the poor, I came to recognize ways that the world was broken and how our lifestyles in the U.S. contribute to the severe inequities faced by the rest of the world. My relatives would welcome me back and opine, "I bet you appreciate all the creature comforts of America now, huh?" I would nod but held to the conviction, "Actually, I don't need all the things in America."

One other lesson from my stint in China stayed with me. Before the nation's economic liberalization, no one in China really cared much about how they looked since we all wore the same outfits. Since there weren't many mirrors around, I would simply wake up, run my fingers through my hair to flatten it, and go to class. I had no idea how I looked and didn't really care. Apparently, none of my students did either, as they came to class with chronic bouts of bedhead. We were ugly, but happy enough since everyone was similarly ugly.

Then I took a short trip to Hong Kong, a capital of capitalist consumer culture. Ads shouted loudly everywhere. People themselves were advertisements, as every article of clothing had its brand embellished on the outside. The models were Asian and resembled me, but looked much more attractive, smart, and appealing. Mirrors were everywhere for shopper comparisons.

"Ugh," I thought, "I need a haircut. My clothes are out of fashion. I need to get my teeth whitened, too ... I suck." My life had been reduced to how I felt and looked from watching a commercial of skin products.

This sociological experiment of contrasting myself in an advertising-saturated environment with myself in a controlled setting had strong positive results. When exposed to a barrage of advertising, I identified all kinds of personal shortfalls, immediately modified my behavior, purchased hair gel, and felt slightly better. Of course, if I never left China, I would have felt just as attractive and wouldn't have had to pay $15 for ginseng biotin hair gel to add fullness and shine.

When exposed to a barrage of advertising, I identified all kinds of personal shortfalls, immediately modified my behavior, purchased hair gel, and felt slightly better.

I seemed predestined for the suburbs, but God had other plans for me. In China, I learned that I didn't need all that others had, and I didn't have to appear the way others looked. In the simplicity of my lifestyle, I found richness in relationships and a meaningful call. I could live without the material "blessings" that we Americans often pursue. Instead, I took Jesus literally in His critique of injustice, in His command to serve His people, and in His invitation of love. That call seemed much more irresistible than a life washing a Lexus in the suburbs.

Russell Jeung is the author of “At Home in Exile: Finding Jesus Among My Ancestors and Refugee Neighbors” (Zondervan 2016), in which he recounts his family’s six generations in California, how they reflect the racialized history of Asians in the U.S., and how he has come to terms with his own Asian American Christian identity. He founded Stop AAPI Hate with Chinese for Affirmative Action and the Asian Pacific Policy and Planning Council to counter surging Covid-19 racism. 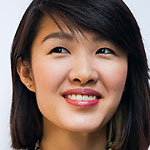