Baring All in a Korean Sauna

I'M STANDING completely naked in Imperial Spa, a Korean sauna or jjimjilbang. After rinsing off the sweat from hours of lazing in heated rooms, I see other women who are taller than me, thinner than me, shorter than me, heavier set than me, but just as naked as me. Women with pale, nearly translucent skin all over, and others whose skin looks more like weathered leather. Women with fuller, perkier breasts than mine, and others with breasts that look like my mother's and grandmother's.

These women start off seeming more human to me than some of my friends: It's the first time I see them and I see everything — all their flaws in the buff — and they literally cannot hide anything from me. The fact that I can walk freely and openly here is one of the main reasons why I love going to Korean saunas, even though I've had a lifelong insecurity about my body.

During my first trip to a jjimjilbang, my cousin suggested that my mother and I go with her to warm up and kill time before our next family gathering. At the time, I had a limited idea of what a jjimjilbang was — Korean dramas taught me it involved imitation marble floors and towels folded into something that looks like a Princess Leia cap — so I readily agreed. I was given a set of clothes to change into, as well as a locker key to hold all my personal belongings. Cool, this is exactly what I've seen on television.

As I walked into the locker room, I was suddenly surrounded by a swarm of naked women. I was in utter shock. I was about to turn around and walk out the door when my mother dragged me by the arms and told me to change my clothes, or else.

As I walked into the locker room, I was suddenly surrounded by a swarm of naked women.

In a jjimjilbang, it's customary to first sweat out your toxins while wearing a (usually) pastel-colored uniform, frayed from the constant use by hundreds of other patrons. Different rooms offer various temperatures and environments; my favorite is the one where I lie down in a sea of clay balls. Open common areas have heated floors that are perfect for napping; you can order from an array of Korean food, and at least two different Korean dramas are playing on either side of the room under a fake Sistine Chapel ceiling. Once properly sweated out, showers and baths are available to rinse off the sweat afterward.

OK, fine, this isn't too bad, I thought to myself, I can just go into the different heated rooms, and then shower back at my cousin's house. But my mother stated that it's OK, we're all women, and that if I don't shower, I would get more stares than if I were to just take off my clothes. Oh, what the hell — when in Korea, do what the Koreans do. So I took off my clothes and headed to the communal shower area.

The first thing my mother said was, "Look at how skinny your cousin is. Why can't you be like her?" I glanced over and I could see all the middle-aged women sneaking peeks at my cousin, turning to each other and gossiping about her figure. I watched as young 20-something women eyed her with jealousy and their own bodies with discontent.

I looked down at myself, my stomach covered in stretch marks. I was overcome with shame and wanted to get out as soon as possible.

I looked down at myself, my stomach covered in stretch marks. I was overcome with shame and wanted to get out as soon as possible.

As I grew up, the very few conversations that I would have with my mother consisted of one topic: my weight. If I was having a bad day, my mother would say, "It's because you're too fat. Lose weight." If my toe hurt, according to my mother, it was because my feet couldn't shoulder all the excess fat on my body, so the only solution was to lose weight. Everything that went wrong in my life was because I was "too fat". After listening to my mother's constant critiques, I naturally began to believe them for myself.

I chose to cover up my body in every way possible. Regardless of whether or not it was 90 degrees outside, throughout high school, my outfit of the day consisted of long jeans to hide my cankles, and an oversized hoodie to hide the millions of stomach rolls. I would hide in the corner of the locker room while changing for P.E., envying my friends around me who so boldly were able to display their bodies to others. I hated everything and anything about my body, wishing that it were someone else's weight to bear. I would look in the mirror and think of the opening scene of the movie "Princess Diaries": Mia Thermopolis sighing, "This is as good as it's gonna get." In reality, I wanted something more.

Growing up in the church, I was constantly told that I was made in "God's image", that we are all perfect in His eyes. I was supposed to take comfort in the idea that God's unconditional love was all I needed to love myself; all the while, my parents and the media told me otherwise. What I actually took comfort in was the idea that hating myself and my body was easier than pretending to love it.  I couldn't fathom why God, or anyone else, would love me with all my flaws and stretch marks. I knew how weak and fragile I was, so I would often put up this facade in front of others, that I was this strong independent woman who did not care about other people's opinions of me in order to make myself feel better.

I couldn't fathom why God, or anyone else, would love me with all my flaws and stretch marks.

Years went by after my first attempt to go to a Korean jjimjilbang when my friend suggested that we all go as a group. In the days leading up to our hangout, I was scared and nervous. I tried to lose as much weight as possible before the inevitable reveal, to no avail. Having a serious case of FOMO (fear of missing out) and not wanting to be left behind, I reluctantly agreed.

When you go with friends to a jjimjilbang, before even entering, there's already a more personal connection to them than with the other naked strangers in the room. But, the only things that I knew about these friends were what they were willing to show me, and the same applied to me. So in a more vulnerable space, literally showing me everything, I thought I would try to not stare at them; I didn't want them to think that I was there to judge them and their flaws, as I hoped they wouldn't judge me.

After enjoying our time in the common room areas, it was time for the dreaded hot baths. As my friends slowly began to undress, I rushed to take off my clothes and ran into the water so that they wouldn't be able to get a full glance at me. I looked around at all my friends, my first time seeing them naked. Awkward. I tried to look at their eyes, but my eyes would wander to different body parts, comparing their figures to my own. In the end, I just stared down, loathing my own body, waiting to hear some sort of critique. But it never came. Instead, we talked about life, our worries, and fears about the future; at one point, I even forgot that we were completely in the buff. There was no shame, no degradation, just honest talk with friends.

At one point, I even forgot that we were completely in the buff.

We live in a society where we are constantly ridiculed and criticized for who we are as women. But in the space that is the Korean sauna, I get to allow my friends to simply be who they are.

Being a woman in addition to being Korean American was more than enough to give me insecurity about my body. But even in the midst of criticism and comments from relatives based on Korean and American standards of beauty, in the sauna, I'm just allowed to be. Nothing is covered. Everyone's here to sweat out their toxins and get their backs scrubbed by their friends. That's what you do; the expectation is already set for what that space is for.

In the sauna, I'm just allowed to be. Nothing is covered.

At church, that's what we hope for, but at the end of the day, people are at church with all their covered flaws. There's conflicting expectations: We should all be so nice to each other, no judging, look good, be good. But maybe there should just be one expectation: To sweat out our toxins and get our backs scrubbed by our friends.

Despite all this, at the end of the day, I still hate my body. With the constant nagging from my mother every single day to lose weight, I am still unable to embrace my body despite all the exposure to all these different bodies and flaws. I have to make it a habit to constantly tell myself to believe in and love myself because honestly, that truth doesn't always play out in real life. Maybe that's why I keep going to the jjimjilbang. I hope to look at my own body the way I do when I look at the strangers there — that I am just human, and that's OK. 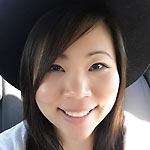 Angela Kim is a graduate student getting her master’s in social work at the University of Southern California. When she’s not busy with her school, internship, volunteerism, or church, she likes to binge watch Korean dramas all day long. Also, she likes to take occasional trips to the Korean sauna with friends.