Breaking the Silence of Depression

Somewhere in between the busyness of life and ministry, Kathy Khang realized that the anxiety and depression she was feeling was not something that could be ignored.

It has been four years since a major anxiety attack finally sent me running to my doctor for help. I still remember sitting in her office explaining — with as stiff an upper lip as possible — what had led me to call for the first appointment available and then losing it in a puddle of tears and a wave of relief.

I was tired of being tired. Tired of being sad. Tired of always feeling on the edge about almost everything. Tired of working incredibly hard to put on a smile and keeping it on. Tired of putting on a brave faith and face, realizing that I needed to have the courage to name what I knew in my heart was going on — clinical depression and anxiety.

I needed to have the courage to name what I knew in my heart was going on — clinical depression and anxiety.

Suffering has always been a part of my story. As the daughter of Korean immigrants (I was 8 months old when we came to the U.S.), suffering and sacrifice were also woven into our faith experience as Christians. I grew up being taught directly and indirectly that suffering was part of life and dealing with suffering meant swallowing it, sometimes ignoring it whole.

Tracey Gee in “More Than Serving Tea” writes: “In the Asian worldview, suffering is simply an assumed part of the way the world is. Sickness, disease, and famine are accepted as natural parts of life. In contrast, the American worldview sees suffering as an abnormal state.”

My immigrant church upbringing addressed suffering as being both temporary — because one day all our tears would be washed away — and necessary — for both the sake of the gospel as well as for honoring our earthly parents. But it also was incredibly confusing because I grew up being told my parents suffered and struggled to give us opportunities in this country so that we wouldn’t have to suffer as they did. Suffer or not?

As a Christian, I do believe that heaven will be the fulfillment of God’s plans and purposes, and suffering will cease to exist. But what was missing was a way to address the present tears and the sadness that haunted and hounded me. There weren’t enough church retreats, revivals, youth group meetings, prayer meetings, accountability partners, small group leaders, and praise nights to string together to keep me from depression and anxiety.

What was missing was a way to address the present tears and the sadness that haunted and hounded me.

There were long and longer seasons when I could manage better, but I remember bouts in high school and college when I would want to curl up in bed and sleep for days from the exhaustion of trying to keep it together. I was a high-functioning depressive.

I also remember talking with close friends five months after I had given birth to my first child, trying to explain that I didn’t feel quite myself. It wasn’t an overwhelming sadness that made me burst out in tears. I wasn’t worried about hurting my baby or myself. I was simply worried and anxious about nothing in particular, but about everything in general. It was a combination of nervous energy and exhaustion rolled up into one.

I exercised. I made sure I slept more and regularly. I ate better. I wrote in multiple journals. I kept doing what I had always done: avoided asking for help because I was afraid of what I might find out.

I prayed. Sometimes I would pray for the ability to endure the sadness and suffering. Other times I would pray that it would all just go away, but when prayers failed to act like a holy vending machine I realized I couldn’t “Christian” my way out of what was going on emotionally and mentally. I was almost 40 years old. I was a wife and a mother to three children. I was a campus minister and worship leader. And I couldn’t pray myself out of it.

I couldn’t pray myself out of it.

It’s too bad that it took so long to learn that lesson, but it’s been learned. I’ll probably have to learn it again sometime soon.

So there I sat in my doctor’s office telling her about what the past few years had been like. There was a major move to be closer to family. We had a falling out at the church we had been deeply invested in for years. My mother-in-law was diagnosed with terminal cancer, and her death led to my very Korean father-in-law moving in with us for a few months. An unexpected home repair that meant learning about ceiling joists and load-bearing beams. My youngest child, who at the time was not quite four years old, got violently ill during a student training conference I was teaching at — grand mal seizures, ventilators, and an air ambulance jet out of the Upper Peninsula.

Even after watching my youngest child near death, I did not seek help. Not right away. I kept doing what I had always done. I worked harder to be a happier, more loving person. I prayed. I would snap at my husband or my children, and sometimes I would apologize or sometimes I would simply lose my temper. I tried to be “better” physically with more sleep or more salad and spiritually with more prayer. I was still afraid that whatever the doctor might say would bring embarrassment and shame to my family and me because I wrongly believed that Christians couldn’t be depressed. We could be sad or righteously angry, but not clinically depressed.

I wrongly believed that Christians couldn’t be depressed. We could be sad or righteously angry, but not clinically depressed.

Two years after watching my youngest child close to death, I finally called the doctor. I found myself standing in my kitchen, thinking about packing and going back to Michigan where my son had gotten extremely ill. I lost it. I started crying, physically feeling the panic of the memories wash over me, and I couldn’t stop.

I picked up the phone and made an appointment. I had the prescription filled right away, and I endured the transitional 2 to 6 weeks of nausea, dry mouth, drowsiness, restlessness, etc. for the drug to help my brain chemistry reset. I slowly shared with friends about my vitamin L and I am finding out that I am not alone. Asian American young women may have the highest rate of depression, but they don’t have to go untreated.

When I first started on Lexapro I thought about writing about it because the other reality is that Asian American young women have the highest rate of depression out of any other racial, ethnic, or gender groups. While I technically no longer fit the “young women” category I am the grown-up part of that demographic. Depressed Asian American young women don’t necessarily grow out of their depression any more than I could pray my way out of clinical depression. And Christians are often hesitant to seek the care of a medical doctor for what we too often wrongly identify as a spiritual problem.

Christians are often hesitant to seek the care of a medical doctor for what we too often wrongly identify as a spiritual problem.

My doctor, who also is a Christian, explained clinical depression as a chemical imbalance that can often be reset through a combination of treatments. Pharmaceuticals are not always necessary, but they can be helpful under the care of a doctor.

But where can we talk about this? Despite commercials and advertisements for antidepressants attempting to depict treatment, it’s never really that easy. I hesitated for years to seek medical help because health insurance, drug coverage, and pre-existing conditions are things that the grown-up me worried about. I read stuff on the Internet about different drugs and their side-effects, and there were great online threads, but I wondered if there would be a real-life community for me to talk to about this journey. I worried about how to talk about my depression (and choice to treat it medically) with my family, colleagues and sisters and brothers in faith. I figured if I wasn’t suicidal I could suck it up, and I did for a long time.

Standing in my kitchen four years ago, crying and feeling like the world was heavy and overwhelming forced the issue. I didn’t want to enter into my 40s swallowing that kind of suffering. I didn’t want to be a statistic. I didn’t want untreated depression to be a legacy I passed on to my daughter and sons.

So where can we talk about depression? About swallowing suffering or avoiding pain? How can we break the silence and the stigma and erase any shame attached with depression and anxiety? I suppose we can talk about it right here if you want and if you’re willing. 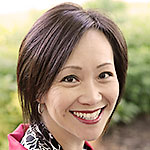 Kathy Khang is a writer, speaker, and coffee drinker based in the north suburbs of Chicago. Kathy is a columnist for The Covenant Companion, the Evangelical Covenant Church magazine, and Sojourners magazine. She is one of the authors of More Than Serving Tea (InterVarsity Press, 2006), blogs at kathykhang.com, tweets and Instagrams as @mskathykhang, posts at facebook.com/kathykhangauthor, and partners with other bloggers, pastors, and Christian leaders to highlight and move the conversation forward on issues of race, ethnicity, and gender within the Church. Kathy also has worked for the past 19 years with a national parachurch organization. When she’s not staring at a computer screen she can be found enjoying life with her husband and three children, reading, doing her nails, practicing yoga, or searching for the perfect pen and journal. 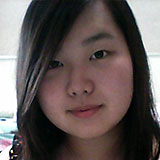 Liana Bak is a California State University Long Beach art student working to bring her art into the Christian community. Especially after studying abroad, she has become more open to the world God has to offer. Her art blog is ezekiel-thrash.tumblr.com. You can follow her on facebook at facebook.com/ezekiel.thrash.