Burning Out and Fading Away

Part of 5 of in
BY ROSSANA LIN
ILLUSTRATIONS BY TIFFANIE MANG
Oct 01, 2015 | min read
Part of 36: Slow Down
0 Snaps
0 0 Snaps
Oops! Something went wrong while submitting the form.

At the peak of their career and ministry success, Rossana and David felt like they didn’t have time to take a break ... until they had no other choice.

MY HUSBAND DAVID AND I have a heart for missions. We dedicated our lives to the unreached during a “Perspectives on the World Christian Movement” class in college. As we prepared for the mission field, God made it clear that we were called not to use our jobs as a cover to share the gospel overseas. Instead, we were to hone our skills in the marketplace in order to win the right to testify our faith.

In 2003, David obtained a job at a multinational company, which landed us in Beijing, one of the most rapidly developing cities in the world. Chinese cities face the greatest tidal wave of stress mankind has ever seen. A McKinsey Global Institute study estimated that 300 million people will migrate into Chinese cities in the next two decades. Food safety, environmental pollution, and ever-worsening traffic continue to contribute to daily frustrations.

The Lord blessed us and opened doors for us in Beijing. David was a successful senior executive in his company, and I wrote bestselling marriage and family books. At the same time, David served as an elder, and I served as a deacon, in what became the largest house church in Beijing — we witnessed a growth from 100 to well over 1,000 people within the span of six years. Besides leading small groups, teaching, and counseling, we also oversaw areas such as finance, leadership training, worship, administration, and family ministry. Our workload and calendars became incredibly full.

Our descent into burnout began as we started to lose rest.

In China’s post-Cultural Revolution moral vacuum, people sought ways to deal with their stress-induced anxieties. Hungry to fill the emptiness within, many people were coming to Christ, and churches were packed out as soon as they opened up. Throngs of people with countless needs came to our church, and we lost clearly defined boundaries as we put on a “fire fighting” mentality. We began to be overloaded with too many people asking for help with their problems. Constantly dealing with others’ problems strained our emotions and affected our ability to empathize, which led to compassion fatigue.

Difficulties with time management were intensified by being part of a workaholic church culture. The Chinese pride themselves on valuing hard work, but this overemphasis also caused people to feel guilty for wasting time when they found themselves idle. This mentality, combined with our Type-A personalities and prominent reputation in our community, led us to fall victim to workaholism. Swamped with requests and demands, we began to lose our personal sense of direction. Consequently, our ability to make decisions and prioritize was weakened as we struggled to stay afloat.

The Chinese pride themselves on valuing hard work, but this overemphasis also caused people to feel guilty for wasting time when they found themselves idle.

In the midst of our busyness, we were plagued by “hurry sickness”, which made us easily irritable and impatient. Devotions became a means to an end, our attempt to make God rubber stamp our activities which were supposedly done for Him. We battled on but began to lose our ability to love. Our personal lives suffered, and we missed key opportunities to listen and emotionally connect with our children. However, we were blind to our true condition and deceived ourselves that we were all right.

David lived the entrepreneur’s motto of “you snooze, you lose” and thrived in the never-stopping world of business. He was at the top of his career, loved the people he worked with, and regularly saw his name in big press releases.

But something was off. Though the corporate world often talks about the importance of maintaining a work-life balance, the reality is that most people don’t take enough time off. Busyness reigns and people believe they can’t afford to stop. The problem with this is that it only encourages a pointless and competitive race to death. But getting off this crazy treadmill is easier said than done.

It wasn’t until a number of people in David’s field died on the job, and even more were diagnosed with terminal illnesses that he knew something had to change. He realized he didn’t want his family to get a call from the hospital — or worse, from the morgue — because he had “fallen” on the job.

I was also in a time of transition from working as a full-time mother to becoming an author and speaker. During this transition, “volunteer activity” took over and swallowed up my life. I was regularly confronted with dire situations that tore at my soul. The cases of domestic violence, addictions, and deteriorating marriages were endless. There were always desperate cries for help, children needing operations, and people needing counsel. It became harder to guard my boundaries and to say no.

My conscience was burdened, knowing that there was a desperate lack of qualified professional resources available. If I denied requests, people would be left withering and ultimately still in need. My perfectionist and workaholic tendencies came roaring back as I spent increasingly more time answering questions and helping people via phone and social media. Eventually, I began to stop taking care of my family and myself. I was often unable to fall asleep, kept awake by worry for the people I counseled.

THE SOLUTION: A SABBATICAL

As our second child was preparing to leave for college, we knew a drastic change was needed. We had lost our first love for God, and we were not growing as human beings. We decided to quit our jobs and ministries at the height of our outward success in order to rest and reorder our inner worlds. We sold our house, stashed everything in a warehouse in Tianjin for an indefinite period of time, and set out to take a sabbatical. David set a framework for our time with these three E’s: experience God, encounter beauty, and enjoy rest.

We had lost our first love for God, and we were not growing as human beings.

With no definite time limitations, we began the detox process by dealing with resentments that had accumulated over long periods of neglect. We enrolled in a week-long intensive prayer and counseling session and systematically prayed over major areas of our lives where we had replaced scriptural truths with our own lies.

Next, we sought to reenergize by being close to God’s creation. We took a road trip around the western United States visiting national parks, went on a European cruise that took us to five countries, and ended our travels in Jerusalem. It was in Jerusalem that we began to enter into spiritual and emotional rest. Upon returning to the United States, we stayed at the International House of Prayer in Kansas City for seven months, simply quieting our spirits and hearts before the Lord in worship and prayer.

During this time, we learned a great deal about the discipline of rest. In his book, “The Rest of God”, Mark Buchanan writes: “Indeed, the worst hallucination busyness conjures is the conviction that I am God. All depends on me. How will the right things happen at the right time if I’m not pushing and pulling and watching and worrying?” Rest is a form of warfare — it is a declaration of our freedom from slavery to the tyranny of anxiety and fear.

While the world clamors for the pursuit of worldly idols, we need to fight for freedom from these idols to worship God and God alone. Rest is a declaration of our trust in our Master, a different master from the world. Rest does not happen by itself. It needs to be scheduled, protected, and contended for. It is not a legalistic activity. Rather, rest is freedom from fear and anxiety, the slave drivers of our time.

We have learned that ministry begins, not ends, with rest. If we minister out of others’ needs or our emotions, we will be motivated by the flesh, not by being in the center of God’s will. We need to actively dethrone ourselves and forcefully trust our God as the One in control (Matthew 11:12). We can only minister life to others out of the center of assurance that the victory has been won by Jesus on the cross, that He is in control, not us. We are merely partnering with a sovereign God who has a plan of redemption all figured out. The outcome does not depend on us, but on Him.

We have learned that ministry begins, not ends, with rest.

“Now we who have believed enter that rest” (Hebrews 4:3 NIV). 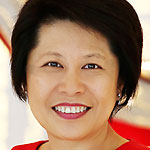 Rossana Lin is a bestselling author and speaker in marriage, family, cross-cultural education, and etiquette. She, her husband, and their three boys spent a decade living and serving in Beijing, China. She was also a deacon at the largest house church in Beijing and volunteered as the China Regional Chair of the Education Council for Massachusetts Institute of Technology. 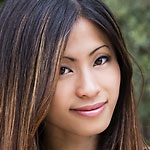 Tiffanie Mang graduated from the University of Southern California with a major in Animation and Digital Arts, and currently works as a visual development artist and illustrator. In her free time, Tiffanie loves to plein air paint, watch movies, and go on spontaneous eating excursions.