Kids meet God in a variety of ways. Hands smeared with backyard dirt, throats aching with soccer chants, legs weary from biking round a cul-de-sac: a child’s universe resounds with Gerard Manley Hopkins’s dictum that “Christ plays in ten thousand places.” (Sunday School teachers can rest assured that the Lord sometimes visits the annex classroom, too.) In my experience, the God of justice and mercy — the one who inspires my opposition to Christian nationalism today — met me through my uncle’s home entertainment system.

My uncle Antony took his fun seriously. A faithful Buddhist, he was known at his temple for discussing philosophy through "Star Trek" allusions. He never outgrew the pleasures of playing Risk with his nephews. He was also a curator of Hong Kong cinema.

Every few weeks, my family would trek to the cinematic mecca in his living room. We’d spend 20 minutes gawking at his massive film collection before picking one to watch on his state-of-the-art home theater. Occasionally, my parents would prevail, and we’d watch a Golden Age of Hollywood flick. But my brother and I were there for one genre: Hong Kong action.

In the second year of COVID-19, those frenzied images of a homeland I never knew now feel like my vaccination against a plague of self-hatred. For Canadian-born youngsters like my brother and me, uncle Antony was a gatekeeper to an alternate universe populated by Chinese heroes who levitated and fired guns that never ran out of bullets. Crucially, uncle Antony owned subtitled movies, so I could understand them while also hearing the original audio. I was never one to put “AZN PRIDE” in my AOL profile, but those films made me proud of my Cantonese ancestry.

At uncle Antony’s house, movie watching was liturgical. You did what the ritual demanded — watch the screen, partake from the pistachio bowl — but no more. Talking was for when the lights came back on, and my aunt broke out cakes from the local Hong Kong-style bakery. I’d return to the real world, fielding questions about school, my mind’s eye replaying the most devastating blows from whatever we’d just watched. Since it was usually a Saturday night, said blows would still be preoccupying me during “singspiration” the next morning.

Above Stephen Chow and Jackie Chan, above even Jet Li, John Woo loomed like an Old Testament patriarch. When we watched his 1992 opus “Hard Boiled”, I felt an awe approximated only by the reverence that occasionally stole over me in church. “Hard Boiled” begins with a shootout that literally destroys a teahouse, and culminates in a 40-minute gunfight in a hospital. The movie features enough bizarre details to warrant an essay in itself: for example, here’s Chow Yun Fat singing a lullaby to a baby as he dispatches a horde of criminals, and here’s that same baby pissing on his fire-scorched leg. Holistically, it’s hard not to view the film as an allegory about the 1997 handover, from its opening dialogue (“You ever thought about leaving Hong Kong?”), to the infants trapped in the hospital, whose future depends on those fighting for them in the present. Insofar as the movie ends with the bad guy getting a slug in the eye, it provides visceral relief for anyone worried about 1997. For this preadolescent evangelical, it did so via a fantasy of what it would look like if Jesus were Chinese and storming hell with a pistol in each hand.

The Christian resonances of “Hard Boiled” weren’t just a product of my imagination. John Woo, a fervent believer, specifies that the hospital is a Catholic product of Hong Kong’s missionary history. When Inspector Tequila (Chow Yun Fat) tries to soothe the aforementioned baby, a poster featuring a dove and the words “God is the wind beneath our wings” looms behind. The dual suffering saviors of Tequila and undercover Officer Alan (Tony Leung) take countless bullets, their flesh piercings evoking a Renaissance painter trying his hand at the Crucifixion. If the hospital siege metaphorizes a future takeover, Leung’s messiah, a cop pretending to be an arms dealer pretending to be a security guard, saves Hong Kong in the likeness of sinful flesh, destroying evil with a self-inflicted wound. The babies will be alright. God is the wind beneath our wings. Roll credits.

During the early ’90s, Hong Kong’s film industry reached its artistic peak. It would soon decline, beset by a combination of piracy, Triads, and “Jurassic Park”. Maybe I don’t need to underline the poignancy of this decline’s coinciding with the 1997 handover, when Hong Kong ceased being a British colony and became a “special administrative region” of the PRC (read: a Chinese colony). You could equate the diminished imagination of, say, 1997’s “Once Upon a Time in China and America” to the words “Mene Mene Tekel Parsin” appearing on a wall ... with English subtitles, of course.

Meanwhile, in America, Clinton-era optimism was about to give way to a fixation with the “axis of evil”. Looking back, one is surprised to find China missing from Bush II’s infamous triumvirate. Perhaps misplaced optimism about the democratizing effects of “market reform” intervened. Regardless, post-9/11 obsessions with homeland security would percolate throughout the Obama administration, during which the community organizer from Chicago eventually droned more Yemeni civilians than Al Qaeda. When Donald Trump assumed office in 2017, America’s and China’s neocolonial ambitions were primed to come into direct conflict.

Today, the babies of “Hard Boiled” have grown up. Our world is a hospital being blown to pieces. Into long-simmering tensions between China and America, the coronavirus dropped a pound of C4. The abrupt expirations of our loved ones have coincided with an abrupt proliferation of Sinophobia, principally fueled by American politicians on social media. Any illusions Asians had about their place in Anglo-dominated society have been brutally stripped away; through their colossal global influence, American conservatives are exporting a demonic vision of "The Chinese". Instead of Christ figures, or simply vulnerable mortals, we are figured as Satanic accusers, “godless Communists” responsible for corrupting the Democratic Party, engineering the coronavirus, infiltrating Black Lives Matter, and stealing the election (with the help of George Soros and Venezuela, naturally).

Moreover, all of the major politicians driving Sinophobic rhetoric in America today are Christians. Senator Tom Cotton (R-AR), who tweeted that “the China virus” was hatched in a Wuhan lab, is a Methodist. Senator-elect Bill Hagerty (R-TN), an Episcopalian, incessantly tweets that China “gave us the Wuhan virus”. These pious politicians assure us that their beef is with the “CCP”, not with Asian Americans. The latter are working with “us” you understand. If they complain about terms like “Chinese Virus” driving up hate crimes, the poor things have just fallen under the sway of CCP propaganda. And if a Baptist “ally” of Hong Kong blocks asylum for Hong Kongers, their American relatives should realize that it’s in their adopted country’s best interests to do so. You don’t want atheistic Commie spies over here, do you?

Like John Woo, these politicians understand the power of religious imagery. They may not make films, but their tweets and legislation promulgate what sociologists Andrew Whitehead and Samuel Perry call “Christian Nationalism”, an ideology linking Christian faith to militant patriotism (and, not so implicitly, white supremacy). In this context, Sen. Hagerty doesn’t need to call China “demonic” or “Satanic”. He merely has to post a reverent blessing and picture of “Nashville’s heroes”, swiftly followed by the declaration, “If China wins, America loses.” In the eyes of a Marine looking for someone to hurt, the juxtaposition makes clear who threatens America’s blessing and who receives it. The latter group doesn’t include the people who look like Xi Jinping.

Because God spoke to me through movies, the corollary silence of these politicians’ home churches is disappointing, but not crushing. Christ, once only the gweilo’s god, appeared to me through the battered bodies of Hong Kong cinema. Jet Li, coughing up blood in “Fist of Legend”. Chow Yun Fat again, bleeding from bullet-pierced eyes in “The Killer”. Jackie Chan crashing through glass in “Police Story”. These images delivered sermons of their own. So when a pastor today tweets about the “anti-racist power of the gospel”, while looking the other way as his most visible congregant baselessly attributes legal and financial culpability to China for the pandemic, the hypocrisy doesn’t demolish my faith. It does, however, cast into relief the gulf that separates the “good news” of the suffering Nazarene from America’s anti-gospel of complacency and herrenvolk worship. Or, for that matter, that separates Christ’s ultimate refusal of power from the aggressive police tactics, which belie fantasies of good cops taking hits for the people, shared by Chinese and American patriots and sanctioned by their spiritual leaders.

Caught in the crossfire — or is it the light of a fiery cross? — we Asian American Christians find ourselves exploited multiple times over. Our race is weaponized to stoke hatred; our faith is harnessed to launder the reputation of hatemongers; America’s rival power exploits that hypocrisy to fuel its propaganda. Shall we plot our escape, or shall we cower, waiting for a Messiah who has already given us his spirit? In trying for the former, I’ve written an open letter in the voice of Asian American Christians, condemning the nexus of anti-Asian racism and Christian nationalism. Intended to be signed by Asians and allies of any creed or nationality, it demands repentance and a plan for making amends from politicians and associated churches. Signatories so far include Dr. Russell Jeung, founder of Stop AAPI Hate; Rev. Dr. Young Lee-Hertig, co-founder of Innovative Space for Asian American Christianity (ISAAC); and Dr. Peter Phan, Chair of Catholic Social Thought at Georgetown University. We are trying to halt an escalating firefight between two nations obsessed with greatness. Our lives, not to mention the reputation of our faith, are at stake.

My uncle passed away five years ago last May. When he died, I hadn’t watched a film at his place for years. We’d gotten too old, our times in Vancouver too infrequent. Or maybe we had an implicit sense that this particular familial ritual belonged to an earlier aeon.

If I could meet my uncle again, I’d thank him for all those hours we spent at his house, watching Hong Kong’s dreams. Despite our religious differences, he bequeathed a lesson in my own faith that I cherish to this day. Maybe without even meaning to, he gave me a lesson in the ideals that animate the open letter, those old-fashioned fruits of the Spirit we need to survive. All he had to do was welcome us into his home, turn down the lights, and turn on the screen. 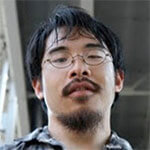 Lucas Kwong is a writer, musician, and assistant professor of English at New York City College of Technology. He's written at eschatontwist.substack.com, The Institute for Christian Socialism’s "Bias Magazine", Public Books, Journal of Narrative Theory, and Victorian Literature and Culture. He is also assistant editor for New American Notes Online. His music can be found at brotherkmusic.com. His wife watches movies — sometimes of Hong Kong provenance — with him in Brooklyn. You can find Against Christian Xenophobia online, Facebook, Instagram, and Twitter.