Disability, God, and Me

A Journey in Seeing Disability at the Heart of God

There are many stories about Jesus’ miracles: a bleeding woman healed, blind men given sight, the dead raised to life. Coming to faith in a charismatic church, I witnessed similar miracles: I saw someone wheelchair-bound stand up, a blind man receive sight, a couple where the wife had raised the husband from the dead. Yet witnessing these miracles never sufficiently erased my doubt as to why disabilities existed in the first place. Something about the idea of a God or Heaven that only accepted able-bodied people just seemed wrong to me.

My disability story begins in May 2018, when I received diagnoses of ADHD and dyspraxia as a student at the University of Cambridge. Though I could accept the specific labels of these learning disabilities for myself, I did not feel able to accept the general label of “disabled”. How could I, a young, physically able-bodied woman studying at Cambridge, be disabled?

Even as the additional diagnosis of clinical depression caused me to spend 16-20 hours per day in bed that summer, I refused the label; I had mental health issues, not disability issues. It did not occur to me then that the distinction between mental health and disability was perhaps nonexistent, the stigma of disability being arguably stronger than that of mental health.

Yet, by November, six months of appointment-to-appointment living felt like it was yielding no progress. Despite steadily taking Venlafaxine, an antidepressant and anti-anxiety medication, I still exhibited strong symptoms of both anxiety and depression — with additional symptoms of mania, for which I would later be diagnosed with bipolar disorder. In an extreme moment of agitated impulsivity, I booked myself a flight to Boston departing from London some days later.

Due to scheduling complications, I ended up staying with a good acquaintance rather than with close friends. My host was a Korean American woman who I knew from my undergraduate years. In those years, friendships with Asian American Christian women were precious and sacred, enabling us to collectively identify, legitimate, and further reject the ways in which Chinese patriarchy was often fused with white evangelicalism to encourage and praise the Asian female’s self-abnegation. However, despite these shared origins, our paths diverged significantly: Since then, I had dropped out of law school and stopped attending church, whereas she was at an elite grad school, with a job-securing internship and a Korean Christian fiancé.

Our divergence was made very apparent in relation to my mental health. Though I had shared some of my mental health difficulties with her, she had little exposure to mental health and was unfamiliar with how to accommodate depression. I had also fooled myself into believing that I could still be a “normal” Asian guest — to not turn up empty handed, to treat my host to a meal, to ensure the house was clean and fully stocked of any item I touched. Yet because of my depression, I couldn’t perform them. There was no “logical” explanation for my inability to fulfill my expected social role; I just couldn’t do it.

When my host left the house for a breakfast meeting, I let out a grunt of acknowledgment and turned on my side. As I lay there, I imagined myself, over and over again, for hours on end, walking to the kitchen to pour myself some cereal and milk — but I didn’t; I couldn’t. The hour struck 12 and my stomach protested as I imagined walking out the door and taking ten steps to the Korean supermarket to buy myself a kimbap lunch — but I didn’t; I couldn’t. I watched the minutes tick by, one after another, until all I could do was admit to myself that there was literally nothing I could do to meet the basic need of feeding myself.

I called a friend who lived across town. I told him that I was sorry to bother him, that I knew he was busy, but that I couldn’t get up or feed myself. He told me that it was good timing, that he had just finished class, that he would be at my door in 15 minutes — 15 minutes of cycling in snowy, below-freezing weather. When he appeared, he did not ask about what was going on. He just asked for soy sauce, sesame oil, garlic, and noodles. We let the sound of chopping and sizzling, the smell of pan-fried onion and garlic, the familiar and comforting taste of stir-fry, fill the space in which my incompetence and shame had previously hung. I shrank into the corner, still covered in duvet, wondering how I got to this point of dependency.

That evening, when my host returned, she awkwardly informed me that her housemates were uncomfortable with a stranger in their kitchen. She then asked me to meet my friends in one of the many cafes right outside, rather than at home. In that moment, something clicked, and I realized that I was disabled.

I imagine that my self-identification as “disabled” under such circumstances may raise some eyebrows, especially because the predicament was easily resolved by having my friend meet me at the door and walk to H-Mart together. But the fact remains that I was faced with a situation in which I was asked to complete a task that my depression rendered impossible for me to do. Because of my depression, I required another person’s presence to get me out of bed or to get me to eat; I just could not do it by myself.

It is this socio-medical conception of disability that I have come to identify with, where disability is defined as a form of inability or limitation, caused by a medical impairment (e.g., depression), in performing certain tasks expected in a social environment.

To self-identify as disabled was no easy task for me as an East Asian woman. Even as a young girl, my mother told me that a woman’s most important tasks were to birth children and maintain youthful looks for her husband. I was to check the medical history of my future partner’s family before even considering dating him (and of course he would be a man), as good genes are essential to birthing the perfect grandchildren. Such obsession with perfect health is relatively common among Chinese people, resulting in a deep-seated fear, or indeed, hatred of disability that was passed onto me. It was a fear that I had to deconstruct in the face of my own diagnoses of disability.

I think such fear of disability arises from a conception of disability in terms of restriction, of what one is unable to do. However, I have come to believe in the opposite: that increased association with disability actually leads to further liberation rather than limitation.

Vanier believes that drawing near to disabled people enables people without disability to become more authentically human. He explains this transformation process in “The Paradox of Disability”:

“Many of those who came to l’Arche were in deep need. They carried within their hearts the wounds of rejection. They suffered from a lack of self-esteem and from major physical and psychological difficulties ... But above all, they are yearning for meaningful, authentic, respectful, and committed relationships ... As we respond to this fundamental cry for friendship, they begin to transform and to heal us. We can either hide our vulnerability behind a strong, protective ego, or else we can discover that our vulnerability is a source of communion and unity ... In this way they have awoken in me what is deepest and most precious: a desire to give life to others and to receive life from them through a communion of hearts.”

In some ways, I found Vanier’s radical vision of humanity highly compatible with my Chinese heritage, particularly what he says about having complete commitment to relationships and focusing on something beyond oneself. Counter to many individual-focused expressions of Protestantism, Vanier spoke of “a lifestyle where we are no longer each for ourselves alone, but together we are a sign of a new way of life”.

My family believed that “being no longer each for ourselves” equated to a strict communalism where individualism is erased, favor is earned through performance (particularly profit-performance in the family business), and relationships are built on hierarchized filial piety, obligation, and duty. In contrast, Vanier’s “new way of life” is “where the weak and the vulnerable and the marginalized have their place”. At L’Arche, each individual is uniquely treasured, favor is a given, and relationships are built on love, trust, and vulnerability. What I have found in L’Arche is a healing, acceptance, and freedom from many of the ways that I have been deemed unacceptable in my family and culture.

What if we lived in a world where it is widely presumed that actively engaging with disability and its associated rejection is one of the most effective ways to regain our humanity? Where we embrace the alternative ways of being that are suggested by disabled people  — living simply, in the present, communicating heart to heart?

Perhaps it seems like this utopia is far away, that it is unrealistic to strive for a world in which the gift of disability is not seen as a paradox. But I and many others involved with the lives of people with disabilities have glimpsed this world, perhaps better described as heaven. We can confidently say that no, it is not too far away — that in fact, it is already here, in each space that is open enough to receive a rejected body just as it is. 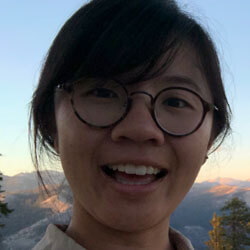 tan ning-sang is a writer from Hong Kong currently based in Germany. Her writing covers topics including race, gender, mental health, disability, decolonization, and Hong Kong.