Finding and Feasting in Mongolia

MY HUSBAND AND I never intended on living overseas, much less being overseas missionaries.

But in 2014, we took a two-week trip to Ulaanbaatar, Mongolia, and something inside us was awakened.

It wasn’t a comfortable trip. Ulaanbaatar is the world’s coldest capital and one of the most polluted cities. We were traveling with our two kids (a toddler and a baby then) and the trip involved 19 hours of travel, multiple layovers, a smoky hotel room, weak toilets, jet lag, and miles of walking and carrying our kids.

Yet, amid the discomforts, we saw the Kingdom of God come alive in ways we had never seen before. And that was provoking.

So provoking that six months later, our little family stood at the Los Angeles International Airport with 11 suitcases, waving goodbye to our friends and family. We were moving to Ulaanbaatar. It seemed crazy. We had two small kids, and were leaving friends, family, and everything we had ever known to live in a developing country with a handful of people we had just met.

We were leaving friends, family, and everything we had ever known to live in a developing country with a handful of people we had just met.

I can’t tell you the number of times I cried, yelled, and experienced heartache as we adjusted to the lifestyle there. My flesh was constantly going against something and constantly being pushed down. These feelings were amplified when I became pregnant during our second year there and experienced all the trials and tribulations of growing a tiny human inside me. The plumbing and toilet in our apartment only worked part time, electricity turned off randomly, and the elevator leading to our ninth-floor housing sometimes went out (climbing up and down nine flights of stairs with little kids while pregnant — not fun!).

I remember feeling a tingling, aching pain on my skin every time I thought of home in the U.S. I longed for the comfort of speaking in a language that I understood, for mothers and sisters that took care of me and my kids, for a thermostat that regulated temperature to the exact degree I desired, for the ease of having my own car instead of flagging down strangers and paying a few bucks to sit in theirs, and for cultural rules I understood.

I remember feeling a tingling, aching pain on my skin every time I thought of home in the U.S.

But, most of all, I craved food. For food that brought me comfort and familiarity. For boba milk tea, dim sum, beef noodle soup, and shaved ice. For a carne asada burrito, pastrami sandwich, In-N-Out burger, and mint ‘n chip ice cream.

One day, I was sitting in bed, angrily telling God all of this when Psalm 63 dropped into my mind: “O God, You are my God; I earnestly search for You. My soul thirsts for You; my whole body longs for You in this parched and weary land.” Body longing, hurting, thirsting — something was resonating. I read on when verse five smacked me in the face: “You satisfy me more than the richest feast.” God satisfies more than everything else.

I looked at the list of food I had written in my journal just seconds before, and began weeping. Tears, because this verse was so far from where I was at; because I so badly wanted it to be true; because I heard His assuring whisper telling me that that desire was exactly what He was creating in me at that moment.

I so badly wanted it to be true; because I heard His assuring whisper telling me that that desire was exactly what He was creating in me at that moment.

It’s easy to say God satisfies us more than the richest feast when you’re an Asian American living in LA surrounded by the best eats and drinks. But it’s a different story when you’re feeling hunger pangs on the other side of the world, craving those foods.

In Proverbs 30:8-9, the writer cries out, “Give me neither poverty nor riches! Give me just enough to satisfy my needs. For if I grow rich, I may deny You and say, ‘Who is the LORD?’ And if I am too poor, I may steal and thus insult God’s holy name.” Then in Prov. 31:4-5, a mother instructs a son, “It is not for kings, O Lemuel, to guzzle wine. Rulers should not crave alcohol. For if they drink, they may forget the law and not give justice to the oppressed.”

In these passages, we see that excessiveness leads to forgetfulness. A rich man, who has access to more possessions than he needs, forgets God. A king, who has a God-given mandate to give justice to his people, forgets his mission when he drinks too much.

Something about overconsumption makes us slow, forgetful, pacified, and ineffective.

Something about overconsumption makes us slow, forgetful, pacified, and ineffective.

And fill me, He did.

feeding and being fed

That awakening feeling we felt during our initial two-week trip in Ulaanbaatar only got more real as we made our home there. While the weather is cold, the people are one of the warmest you will ever meet on this planet. They are generous, hospitable, and passionate. They have this hunger, a spiritual appetite I’ve never witnessed before.

During our time there, our mission team reached out to people in schools, cafés, the street, and the bus and invited them to our homes for weekly Bible studies. The Mongolians who came would talk about the peace they felt when they visited our homes — the oppressive spiritual presence they constantly felt was lifted. When we prayed for them, the peace would follow them home. I’ve known and read about the peace of God all my life, but I’ve never experienced it so tangibly and real as I did in Ulaanbaatar.

When we introduced the Lord’s Prayer, some of the Mongolian girls couldn’t get past the first line — “Our Father” (Matthew 6:9). To them, gods were powerful, manipulative beings and not relational, much less a tender father. They were so surprised and moved by it; even I who had known it all my life experienced God the Father in a fresh way.

It was completely exhilarating. The revival we’d read about and prayed for was happening before our very own eyes, and we were a part of it. During our time there, we baptized 12 people in the bathtubs of our small apartments. They had made the joyful decisions to follow Jesus, even at the cost of being humiliated and disowned by their families. In those moments, Jesus’ worthiness became more weighty and true to me than ever before.

It was all so much and it was all so little. We were 11 suitcases and missing home. We were royalty, fellowshipping with the King of kings and weekly shaping eternity in our apartment. Luke 15 tells three parables about something lost becoming found. All three end with the owner of the lost things throwing a big party, and feasting with friends and family. That was what we were doing in Mongolia. We were regularly finding the lost and regularly feasting, though not on food.

We felt like we discovered life’s best kept secret; everyone back home thought we were sacrificing and suffering so much, but in reality, we had never experienced such exuberant joy! Though our flesh craved, our spirits were more satisfied than ever.

Everyone back home thought we were sacrificing and suffering so much, but in reality, we had never experienced such exuberant joy!

Don’t get me wrong! I’m not advocating deprivation of good food, comfort, or happiness. God blesses us with those things! But He is also blessing us in seasons when we are waiting, lacking, and uncomfortable.

The truth is, sometimes happiness gets in the way of true joy. We spend our energy keeping ourselves happy and don’t sit in our pain long enough to encounter the Healer. We’re often too stimulated and stuffed that we forget what it’s like to be desperately hungry for the things of the Kingdom. We’ve become numb to the abundant joy that God offers us in Himself and His work because we are consuming everything else. Sometimes, He needs to remove some of it for us to remember.

The truth is, sometimes happiness gets in the way of true joy.

My family is now back in LA and facing the challenge of integrating Mongolia into our life here. We’re wrestling with how to remain sober in a society that drinks excessively and how to guard our hunger when there is food offered everywhere we turn.

Perhaps it’s choosing to put less emphasis on the food we eat when we fellowship, and more on being present with others. Perhaps it’s intentionally extending ourselves into new relationships even when it costs time and compromises our comfort. Perhaps it’s creating a rhythm of fasting where we intentionally unplug from things that too often fill the places that only God should.

It’s not easy, but we must keep choosing to find our highest satisfaction in Him. For God created joy — the real, deep, purposeful kind that fills not just our bodies but our whole beings. And now that we’ve tasted it, we don’t ever want to go back to being just happy. 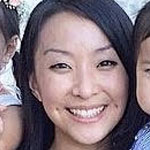 Eunice Hui and her husband Ben have three daughters: Shiloh (6), Zara (3) and Jordyn (8 months). Her family spent the last two years serving the church-planting movement in Mongolia. She spends most of her day being a mom but if she has any spare time, you can find her at a café with a book and a boba milk tea.