How does someone with mental disability express grief when they lack the capacity to express and communicate their emotions? Sometimes, all we can do is stay present.

MY BROTHER DIDN'T REALIZE  Mom had died until her funeral. The relatives still say that it was better for him not to experience that final moment when she died of Stage IV pancreatic cancer. Who knows if they were right.

My brother has been mentally handicapped since his infancy due to a traumatic accident that caused brain damage and meningitis (bacterial infection in the brain). He can say very basic words, but mostly expresses himself with body language and nonverbal cues.

He says things like, "I'm hungry", or "thank you", but struggles with more advanced words and sentences. He can make a 3-pointer, but can't tie his own shoelaces. He needs a lot of care and attention.

Mom always cooked my brother's favorite foods. She clipped his nails, trimmed his hair, washed him, took him to the park, listened to his ramblings, sang hymns to him, and enjoyed spending time with him. She offered her full presence to my brother who had very little to offer in return. Dad is now my brother's constant caretaker.

Mom's diagnosis came in February of my junior year in college. The next 5.5 months were an emotional roller coaster ride as we watched her go through chemo. She grew thinner, was unable to eat or do anything, experienced tremendous pain, and lacked energy. My family and I tried everything to ease the pain and fight the cancer, but all to no avail — the cancer was discovered too late.

In early August, she passed away. It was barely morning, around 7 a.m. My brother had already been picked up by the school bus when Dad woke me to say that we were going to the emergency room. Relatives staying with us had sensed that something was wrong. When we arrived at the hospital, the doctors urged us to say our goodbyes, saying she didn't have much time. She drew her last breath at 9 a.m. I remember Dad repeating a quiet "No, don't leave me", while I stood there in tears, numb with the shock that she was no longer with us. It was only when we came home that evening that we worried about how my brother would receive the news.

It was only when we came home that evening that we worried about how my brother would receive the news.

At the viewing service, my brother began to experience the tragedy for himself. He struggled to sit still throughout the service and looked confused seeing our mom in the coffin. At the gravesite, he kept trying to leave and continually asked Dad, "Why?"

Having so limited an ability to express himself, he acted upon his emotions to show his grief and the pain of his loss. My brother clung to Dad more than ever after seeing the empty spot at the dinner table become the norm for us. I could sense his anxiety and fear of being abandoned as he followed Dad around the house. But that was not the biggest change caused by his grief.

Because of his limited ability to communicate, my brother has an incredible ability to read emotions. After Mom passed away, he became even more sensitive to others' emotions, facial expressions, and body language. Any upset or angry tone of voice would cause my brother to react violently.

After Mom passed away, he became even more sensitive to others' emotions, facial expressions, and body language.

Some evenings when Dad came home from work, after I had been with my brother for the afternoon, my brother would suddenly explode, usually by yelling, pushing things around, shattering glass, breaking things, or punching the wall in his anger. This didn't seem physically painful for him, because his anger and frustration were so much greater than any physical pain. I would go to my room in tears, afraid, but also saddened that my brother coped with his grief in such a violent way. It wouldn't be until much later in the evening that my brother would open my door, and with a shamed face, extend his arm to show me his wounds from earlier. And my heart would sink, because it reminded me of how Mom used to reassure him that it was all going to be OK. But things would never be OK.

It reminded me of how Mom used to reassure him that it was all going to be OK. But things would never be OK.

Some days Dad would take work off so that he could stay with my brother when he'd refuse to go to school. Many mornings, when it was time for my brother to go to school, he would throw tantrums and yell at everyone, even strangers. I remember feeling helpless when these incidents happened. My brother's grief also affected his relationships at school. Teachers and other students were sometimes in danger because of his violent behavior. He was eventually expelled.

I remember seeing the hopeless, tired look on Dad's face every evening when he took my brother to the park in an attempt to help him de-stress and find some peace and calm. Dad would often burst into tears as he drove us to familiar places that held memories of the time when Mom was alive. As if my brother knew what was going on, he would hand Dad some tissues to dry his tears, while still asking, "Why?"

I remember feeling like an internal gaping hole had swallowed me up when I realized she was gone. After the funeral service was over, all I remember was feeling cold, empty, and lifeless. I didn't know how to cope, or how to extend comfort to my confused brother or my Dad, who was weeping uncontrollably as he drove us home.

That first year was incredibly challenging. There were moments when I wanted to escape from everything because of how painfully the grief affected our family dynamics. Dad had decided that he would focus any of his remaining energy and strength on caring for my brother. It was as if I was expected to quickly stop grieving in order to take care of my family and the house.

It was as if I was expected to quickly stop grieving in order to take care of my family and the house.

The loneliness and pain of loss was so great that I began to journal every night. I had always shared everything with Mom. She was my friend, mentor, and prayer support. So when she was gone, I longed for her presence. I would sometimes wake up in the middle of the night crying because she appeared in my dreams and I thought she had miraculously come back to life. Journaling helped me express those thoughts and longings and cope with the pain.

It was also an outlet for me to cry out to God. I remember wanting to be free like a bird that could fly wherever it desired. I wanted to just be myself, to be allowed to rest and do nothing, and to stop feeling like I had to step into Mom's role at home. I was angry and frustrated because the rest of the world continued to go on while I was stuck with this pain. I wrestled with doubts about God's care and love for me; Jesus seemed so distant and negligent of my sorrow.

I deeply longed to be free from the grief, because grieving takes an immense amount of energy. Waking up every morning to the painful truth was unbearable. There were days I didn't want to wake up at all. And there were days when I buried myself in my work to avoid the pain.

But one friend decided to participate in my grieving journey. She listened to me and sat through my tears for the past five years. She asked questions about Mom to help me remember what it was like when she was alive. I slowly began to see God's presence and love through friends like her, who showed they cared.

I have learned the value of being present in someone else's pain. I have experienced how a listening ear can bring comfort, even in loss. There is something reassuring about knowing and trusting the God who weeps with me and hears my cries of grief. My empathy and understanding have increased as I have learned to listen and allow space for another person to be present with his or her emotions, and as their sorrows become grounded in God's grace and love.

There is something reassuring about knowing and trusting the God who weeps with me and hears my cries of grief.

I still grieve, and I've learned that everyone's grief looks different. There is no right way to grieve, and the grieving process looked very different for Dad and my brother and me. But I've also learned that grief requires a willingness to be broken and let the tears flow. And through the messiness of grief, I am still learning to have patience with myself. 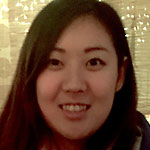 Esther Kim is the worship director at San Gabriel Presbyterian Church, CA. She is passionate about bringing people together in congregational worship through creative arts, engaging them in God’s missional work in the community locally and globally. She has a M.Div from Fuller Seminary, and a BA in Church Music from Azusa Pacific University.