Part of 2 of in
By Jacob Oki Ahearn
Photography by Meljun Picardal
Nov 01, 2017 | min read
Part of 58: Of Gods and Men
54 Snaps
54 0 Snaps
Oops! Something went wrong while submitting the form.

In July 2015, after graduating from Lewis & Clark College with a degree in religious studies, I decided to become a resident at a Zen Buddhist temple in Kyoto, Japan. I wanted to experience first-hand what Zen Buddhism was about — to not only read about it, but to live it. After all, a recurring motif in Zen Buddhist literature is to not mistake the literature for the real thing.

A recurring motif in Zen Buddhist literature is to not mistake the literature for the real thing.

So after hugging my mother goodbye in Tokyo, and with a new buzz cut, I hauled my heavy luggage through the metropolis onto the train, got to Narita Airport, and flew to Kyoto. Walking the gravel hill surrounded by gingko trees and black pine, with cicadas crying in unison, I headed toward the monastery, full of anticipation.

I got into the rhythm of life there quickly. I had a mentor named Marcos, who greeted me at the door. I then met my most immediate teacher, Kitano Roshi, who guided me through the lifestyle for three months. Lastly, I met Asai Roshi, a 90-year-old man who lived in his own cottage. I brought him a red-bean cake called anpan that I bought at the store.

Everyday, we woke up at 4:45 a.m. I would put on my robe and hit the wooden block with a wooden hammer at 5 a.m. to signify the beginning of the day.

Marcos and I would chant sutras, eat breakfast hastily in seiza, do yardwork (that mostly consisted of pulling weeds and occasionally led to an encounter with a glowing and magical-looking insect), till the soil, scrub the toilets, scrub the pillars, mop the hallways, and sit for hours. Every week, we would attend lectures by one of the teachers. I would prepare for those lectures during the week, translating the assigned reading bit by bit on my iPhone 4.

I felt like I was living in one of the last vestiges of something historic. Up until 15 years ago, the temple had been bustling with students. When I would be doing yardwork, I would pause to watch a largely absent landscape. However, as I went on living there on those grounds, a growing tension emerged in my mind, between my lived experience and the academic literature we were assigned.

In my own lived experience — from the early morning work, to the hasty breakfast, to the meditation — I learned to live in the present and focus on the task at hand. I would let go of the philosophical debates that frequently occupied my mind.

I learned to live in the present and focus on the task at hand.

When faced with a decision, I learned to be attuned to myself, going where the river of life wanted to take me and seeing what it would show me. The result of this kind of practice is a peacefulness that becomes more reliable over time and a sincerity for who one truly is.

The academic aspect of my monastic experience, however, seemed to inspire philosophical questioning. I learned that living one’s life and asking one’s self, “Is this enlightenment?” is counterproductive. Maybe that is what my 90-year-old teacher was getting at when he told me “there is no enlightenment”. Just to live one’s life, or to let life live you, that’s enough.

To not strive so hard, in both intentional and spontaneous moments of clarity, and finally swim along the current — what a relieving, freeing feeling. I also now know that once I stop clinging to thoughts and states of mind, there is no such thing as a concrete and unchanging self, and that, too, is freedom. Any truth claim too heavily pressed can become toxic.

I also now know that once I stop clinging to thoughts and states of mind, there is no such thing as a concrete and unchanging self, and that, too, is freedom.

This tension hit its peak, and then became a breakthrough, when I read a passage by D.T. Suzuki: “In Zen, we aim to dissolve even the last vestiges of what some call God-consciousness [translated].”

As I sat at my desk putting together the meaning behind those words, I found that at a soul level, that was something I could not do. I found that the benevolent presence of God in my heart was something I could not refute, just as a fish cannot refute knowing how to swim or a bird knowing how to fly. By discovering that I could not refute or deny, I could only affirm. And through this affirmation, I could embrace something essential about myself — that in my heart, I was a Christian.

So, in this almost paradoxical way, Zen Buddhism helped me find Christ. By embracing Zen, I found another path.

When I discovered this, I knew that my journey would have to move on. As I left Nagaoka Zen Juku for the last time, the prominent emotion that I felt was gratitude. I found in Marcos, my two teachers, and the groundskeeper who tried to get in a fistfight with me after I threw a cockroach into the garden, an imperfect, wild, and caring family. We were all united by the very basics of life that we took part in to sustain us: eating, cleaning, sleeping, even bowing. I bowed to the temple gate before picking up my bags to walk away.

I sat in the train surrounded by my own luggage, this time heading towards Tokyo, with a slightly rougher exterior that one would pick up after a three-month period of physical labor. The dynamic energy that got me to move out and to change course now settled in a cool tide by my feet. There was an inner-knowing that what I was doing was the next most logical step.

For the next two months, I visited my grandparents every Sunday in Tabata. We would walk to the church that I had grown up in from a preconscious era, demonstrated by the many people I did not recognize who told me how much I had grown. After the service over lunch, my grandfather would talk at length about the gospel and how it relates to the Japanese condition. Sometimes my grandmother would interject with a comment or a summary of my grandfather’s talking points, revealing her inner brilliance.

I learned from them, and through them, the history of Japan in the wake of World War II, my grandparents’ conversion to Christianity when it ended, as well as my grandfather’s academic struggle to reform Japan in a Christian image. A core motif in my grandfather’s talks resonates with me still: placing Paul’s message of becoming a “new person” in that national-historical context.

I understood then that Christianity is a part of my heritage — that it is a kind of baton being passed down to me across generations. It was the lens through which my grandparents found a way forward, a “new” identity to replace an ethnic-based nationalism that had unleashed untold and told suffering abroad and had ultimately destroyed the country that wielded it.

Today, I practice a spirituality that is grounded in these historical truths. In order to find a way forward with all that is happening on the global stage, I see it as a core responsibility to know my history and to act and speak with this in mind.

I see it as a core responsibility to know my history and to act and speak with this in mind.

At the same time, I try to live a way of the heart, a practice that brings me closest to Jesus through his healing compassion and grace. When the mind whirls around too much, I tune back into the heart. Usually, there is an inner-knowing that points me a certain way. Like a fish that cannot refute knowing how to swim, or a bird knowing how to fly, I find a way forward that is aligned with my deepest desires — and with God’s desires — that is both simple and fundamental. 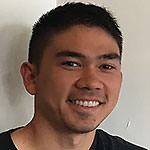 Jacob Oki Ahearn is a first year Master of Divinity student at Candler School of Theology in Atlanta, Georgia. He finds joy in music, hiking, and surfing, if there is an ocean nearby. 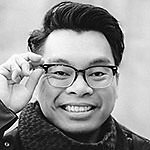