I Am the One Percent

My grandparents, the first generation in my family to immigrate to the U.S. from Hong Kong, ran multiple restaurants and were considered middle-class. Although they were not rich, they were able to save enough money to invest in real estate where they used most of that money for their current retirement. Both of my grandparents were without a college education — in fact, my grandfather only finished elementary school. However, because they quickly learned how capitalism worked and how to make it work for them, they never had to worry about a meal, a place to sleep, or the well-being of their children.

My mom is a direct beneficiary of my grandparents’ labor. She and her siblings were provided a home, a place to eat, and a safe space to grow. That environment helped send her to the University of Southern California, where she met my dad at the age of 20. Both of my parents studied accounting and worked in the corporate world immediately after college. My parents’ education and career goals set them up to easily succeed in a capitalist society. But these achievements were only made possible by their own parents’ sacrifices and hard work.

My parents’ education and career goals set them up to easily succeed in a capitalist society.

My parents made an effort to not raise me and my brother as typical “spoiled rich kids”, countercultural to the world I grew up in. They made it clear that entitlement was not a value in the Lee household, and even went as far as to remind us that as kids, we have nothing. However, no matter how hard they tried to pass that principle on to us, I have and will always benefit from what they have.

My family owns four cars, so there is no need to arrange car rides when our schedules conflict. When I discovered in first grade that I liked painting and drawing, my parents quickly hired an art teacher to teach me privately. When I struggled with tests, they hired a private tutor to raise my score.

Through the circumstances of my upbringing, I do not know what it is like to not have the odds in my favor. Capitalism creates an infrastructure of oppression where people who have more are at a significant advantage over those who don’t. However, having more is a dynamic concept, not limited to monetary items. Having more can be easily defined with the multifaceted word, privilege. In a capitalist society, having privilege means you are at least middle class, oftentimes white, and identify as both male and straight.

Having more is a dynamic concept, not limited to monetary items.

I am part of the 1 percent of society who benefit from capitalism. I was born and raised in San Marino, an upper-class neighborhood, where I attended one of the top 50 public schools in America. I go to the University of Southern California, a prestigious private school, along with my twin brother. We have no financial aid, and will graduate without debt. As an Asian American, I have about an 80 percent chance to become middle class, and a 46 percent chance to be considered “rich”, with about a 6-7 percent difference (in my favor) to my white counterpart. And I identify as male.

Even when I think of everything I face because of my sexuality, I know the privilege I have far outweighs the obstacles.

I had the privilege to choose a career path without worrying about financial concerns. My aunt, who currently consults for nonprofit organizations, told me that she chose her career path by asking herself, “How can I further God’s kingdom and serve others?” I knew a communications major was the right fit based on my skills, however, I was never content with the common options communications students have: either entertainment or social media. My aunt’s question has acted as a North Star, guiding my education, and leading me to choose an emphasis in policy and advocacy. As a result, I have learned about numerous social issues that were previously foreign to me.

This question also led me to the South L.A. Desk that focuses on journalism in the South Los Angeles area. The South L.A. Desk is a part of the journalism publication, Annenberg Media Center. I thought that working with them would be a good way to help me practice writing about complex social issues. Their project for the year was gentrification, and I decided to write an article about the complexities of fighting an issue like this.

Because of the rapid growth of the affordable housing issue, due to recent development (like USC’s University Village), numerous policies have been passed to fund new affordable housing. However, the hundreds of millions of dollars accumulated as a result of these policies will only make a dent in the Los Angeles real estate market. Offsetting the expenses in L.A. will also lead to reactive countermoves, and developers have no intention of communicating their plans with the community.

Fixing the affordable housing issue is like a game of whack-a-mole. You solve one problem, and another one arises. It’s a complicated issue that requires a unique combination of solutions to have effective and lasting change, the same logic that applies to so many of today’s issues. Nothing is simple, and it is going to take significant reform to make any difference.

Fixing the affordable housing issue is like a game of whack-a-mole. You solve one problem, and another one arises.

Capitalism can be a sustainable economic system. Government has “limited” interaction in this cycle between consumers and producers. Owners/investors invest in a company to make money. That company hires employees for operations and in return offers them wages, benefits, and security. Those operations produce goods and services in which able customers give value to the company by being consumers and buying the product. However, despite the sustainability of capitalism, it forgets the variables outside the cycle.

Despite the sustainability of capitalism, it forgets the variables outside the cycle.

People suffering from homelessness are often not set up to be recruitable employees. If they are not hired, they cannot get wages, benefits, or job security. Lacking those things mean they do not have the financial agency to participate as consumers in a capitalistic society and do simple things like buy food or pay for a place to sleep. Without any job and capabilities of being a consumer, they have no chance to ever become owners/investors. Developing communities, building affordable housing, and addressing homelessness are all forgotten in the cycle.

Although I am still trying to navigate between the privileges I have and the privileges I do not have, this is what I have concluded: I am a full participant in capitalism. I have an hourly-waged job to pay for food and recreational activities. I am sent money from my parents every month to pay for groceries and rent. Although I have yet to invest in a company, it will most likely happen in my adult life.

I am a full participant in capitalism.

Frankly, I have only a minimal experience of being marginalized as a gay man, and although this journey has presented itself with challenges, it has not yet caused me to worry for a job, go hungry, be cautious while walking down the street, or anything else that might compromise my immediate health
or safety.

I am always in awe of the incredible hard work my grandparents’ generation had to endure for my family to have what we have now, but when I zoom out and look at it on a larger scale, I only see one generation of sacrifice. Homelessness and the affordable housing issue is a chronic issue that has been forgotten and neglected for generations.

This space I am in is exactly what drives me to participate in this new wave of social change. The executive director of L.A. Kitchen visited one of my classes and shared some words that resonated with me: “Social change needs to shift from the redemption of the giver, to the liberation of the receiver.” When being bullied in middle school, I always dreamed of being liberated from this space of hate, neglect, and ignorance. Because of those experiences, I cannot ignore all these injustices I see, and now I am in a position where I can either use my agency to repeat my experience to others or use it to contribute to the liberation of forgotten communities, and I only see one choice: liberation.

“Social change needs to shift from the redemption of the giver, to the liberation of the receiver.”

This choice is my privilege. 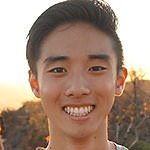 Matthew Lee is a junior at the University of Southern California majoring in communications and double minoring in social entrepreneurship and communication design. His dreams are to run the campaign for the first Asian American female US president, and make a documentary about our current welfare system. He loves watching TV and movies and is always looking for social commentary when watching. In his free time, he practices design and calligraphy and loves cooking with friends. He even has an Instagram account for each to show his creative endeavors!