Part of 6 of in
BY INGRID CHUNG
PHOTOGRAPHY BY AARON HUANG
Sep 01, 2016 | min read
Part of 47: Know Thyself
0 Snaps
0 0 Snaps
Oops! Something went wrong while submitting the form.

An innocent question becomes  a loaded question, revealing shortsighted gender expectations that fail to consider how else women can be fruitful.

“ARE YOU MARRIED? Do you have children?"

These are questions that I am used to hearing, oftentimes from older folks, which I feel obliged to answer. They're fairly innocuous and have good intentions — conversation fodder for the kind-faced optometrist peering into my eyes on a Friday afternoon. But, they are questions fraught with meaning, ones that I am tired of hearing.

Why, at 30-something, is there no ring on my finger and no kids clamoring for my attention, when his daughter of the same age hums along with three school-age boys? Lurking underneath are assumptions that children are the natural fruit of my season, their absence a glaring deviation from the scripted path.

Why, at 30-something, is there no ring on my finger and no kids clamoring for my attention?

I answer congenially: "No, none of the above."

"Oh, then you must be actively out there, on the prowl."

I wince at the word "prowl".

"Not exactly, but I am learning and enjoying life. So much to experience."

Female bodies, biologically speaking, are made to have babies. This fact has plagued me for years. In my 30s, I am seen less as a woman to be desired and more as a woman who should be (or has been) procreating. My desire to have children was never asked, just assumed.

Of course, at 12 years old, I believed marriage would happen at 25 and children at 26, like my mother. But my narrative was not to follow suit. In my teens, I befriended guys, but those friendships never developed into something romantic. In college, I was diagnosed with a gastrointestinal disorder that made me wonder if I could afford to aim for anything beyond my physical health. Because I did not partner with and marry an eligible guy in my prime, I feared that it was too late. The clock was running out of ticks. Babies were soon to be out of my grasp.

How necessary was producing biological offspring to reaching my fulfillment as a woman? Was I still a woman? Like so many other single women, I wanted the option of one day becoming a mother and not have it taken from me by the thief of time. I also feared that when I did meet eligible men, my urgent desire for procreation might cloud my judgment and rush me to the altar. As I crept into my 30s, I faced the stark reality of no fathering prospects.

Why do only certain narratives get told? Which is worse: to desire children and not have, or to arrest that desire?

It was once true that the fruit of a woman's body was not at her own beck and call. A woman could not have children without a husband or because of the inabilities of her body. Alternately, she could not control how fruitful she was due to a lack of contraception.

Now, modern women can control pregnancy, and many choose into temporary barrenness. Procedures like in-vitro fertilization and artificial insemination have changed human begetting to simply require one person's desire (and wallet). We, who were told that sex led to children, can have children without sex. With my sexuality now being viewed primarily as a function and less about being desired, I can easily sidestep all future questions by having children on my own.

I fear delving into the why's and why-not's of this elusive reality, because they may pry open a Pandora's box of insecurities.

"You haven't missed your boat," a similarly-aged singleton friend mused. "There is no boat."

I push back, asserting my all-too-real feelings that there is in fact a boat of timely marriage, and we chew on this for a while. It is her 34th birthday, one she would rather not face, and she is mourning the loss of a romantic beginning. She launches into an empathetic homily of our ultimate end to know and be known by God, and because she speaks not from platitudes but from similarly lived heartache and hopes, I listen. I listen to build faith that my desires can bear fruit.

What does the world need more from me: my children or other fruits of my labor?

What does the world need more from me: my children or other fruits of my labor?

Regardless, I hope that fruit of some shape lives in my body: of faithful labor, of loving, of being known, of planting hope and belief, of living a grace that extends beyond a narrow narrative. As I begin my last year as a master of social work intern, I hear stories of unique individuals, frayed by the rough edges of our world, and share with them that their stories are worth living and worth knowing.

Perhaps we can change the conversation by asking different questions to recognize many narratives. Questions that make space for a 30-something woman to acknowledge she is more than an egg incubator, waiting for actualization. Perhaps the kind-faced optometrist could've asked,

"Tell me, when do you feel most alive?" 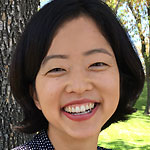 Ingrid Chung is a master’s of social work student who has studied theology in the suburbs, inner-city LA, and the rainforests of Vancouver. She feels most alive when confronting injustice, engaging in thought-provoking conversation and challenging the status quo. She loves asking good questions, exploring the wilderness, and wondering about the unknown.