I arrived late for the opening worship of a conference for second-generation (and beyond) Korean American pastors and church leaders.

Instead of quietly sneaking into the sanctuary, I found myself hesitating to go in.

Everything felt so strange in a situation where everything should be familiar. I was experiencing culture shock surrounded by people who looked like me: Korean Americans, my people.

Many second-generation pastors can’t withstand the pressure and pain laid upon us by the first-generation church.

But I was determined to not be a part of that statistic.

I was different, I’d tell myself. I would survive. I would stick it out. Not just for me, but for everyone else. Savior complex, much?

Of course, I didn’t survive.

I found myself back in my home state of Hawaiʻi working as an EM (English Ministry) pastor at what would eventually would become my last Korean church. I deeply loved the kids and the people I worked with, but that ministry took a toll on me physically and spiritually.

I could feel my soul burning out. I could hear a voice deep within the bowels of my soul saying, “It doesn’t have to be like this.” But I felt that there was no other choice.

The ministry was gaining steam. We were making strides. These kids were on fire for Christ. And yet, I kept hearing this nagging voice, “It doesn’t have to be like this.”

I was able to coexist with my senior pastor. Only because I didn’t argue. I pretended to know little Korean so that I could stay out of meetings and church politics.

I pretended to know little Korean so that I could stay out of meetings and church politics.

I just tried to stay in my lane and do effective ministry.

But it was clear that when it came to youth ministry, the EM, we were important to the others only in words. The adults had no problem interrupting our worship services so that they could set up for lunch. Sure, they would say, “You’re the most important ministry in our church.” But their actions would betray their words. If there was a budget cut that needed to be made, it was ours. We were always the lowest priority when it came to actions, but the highest of priorities when it came to empty words.

But it was manageable. Predictable. Stay in my lane. Avoid head-on collisions. Do good. Stay in love with God.

The final straw came during a one-on-one with my senior pastor. I asked for a week off for vacation, which I hadn’t taken in a while. I could feel myself wearing thin. The summer retreat that I had great hopes for fizzled. The outcome was disappointing. We missed a great opportunity to do something great and life transforming. I needed a break. No big deal, I thought to myself.

Only it was a big deal.

And that was it. I was done. I couldn’t come back.

That negativity was contagious. Malcontent breeds malcontent. I was jaded, yes. But I refused to enter a level of jadedness where I felt there was no joy in ministry. I’d quit before I’d get there. I had to get out of there. It broke my heart to think about leaving these kids to whom I gave everything I had for two years and wanted to give more. But if I wanted to remain useful to God, if I wanted to stay in ministry, it was time to move.

Being a part of that exodus was painful.

Especially when I felt that my first church away from the Korean church was suffocating my soul. But that was because I did not transition well. My physical body transitioned, but my heart and mind was still in Korean church mode. Get this: instead of adapting to my new setting, I was getting frustrated that they weren’t the Korean church.

I told myself that this was my moment in the wilderness, that I’d go back to the Korean church eventually. I just needed time to breathe, heal, regroup, regather, reenergize, learn ... then I’d be back in the Korean church soon enough.

Except I never did go back.

I joked that I knew my rights. That I had tasted freedom and could never go back. There’s truth in that. I’ve experienced grace and freedom in ministry that I never did in the Korean church.

I joked that I knew my rights. That I had tasted freedom and could never go back.

My Anglo senior pastor one day pulled me aside and said, “Joseph, why aren’t you taking your vacations? Go somewhere for a week within the next few months, or you’ll be in trouble.”

I couldn’t believe it.

The last conversation that I had about vacation didn’t go so well. It broke my proverbial camel’s back.

I told my dad that I’d go back to a Korean church, but under certain conditions. After hearing my conditions, he responded, “Who’d hire you?” to which I said, “My point exactly.” Sure, I was arrogant and prideful. But I didn’t need to experience the abuse that many of us feel within the first-generation church.

So, at the conference for Korean American church leaders, 10 years after my exodus, I found myself sitting in the narthex of the church, not able to go inside.

I don’t know why I felt the way I felt.

It felt good to be back “home”. But I felt that I had been gone for far too long.

It felt good to be back “home”. But I felt that I had been gone for far too long.

You know when you meet up with your best friend after years of not seeing each other, and you pick up right where you left off? I was expecting that. I really was.

Instead, I felt awkward and unnatural. I felt out of place. I felt like a stranger in a place I thought I’d be calling “home”. And it only got more awkward as the conference progressed.

There were moments when my soul resonated with the conference. The way the Korean youth worshipped — how my soul and heart missed worshipping with the Korean youth. The way we were able to find common ground in the struggle with the first-generation leadership. And just the fact that I was back in northern Virginia — where I went to seminary, where I met my wife.

I mean, I so wanted to feel like I was back home. But I wasn’t.

As I was meeting new colleagues and engaging in conversations, a heart-sinking question begin to bubble up from my soul: Where do I belong? Because it wasn’t in this Korean American gathering.

Where do I belong? It clearly isn’t in the white church. And it never will be.

It clearly isn’t in the white church. And it never will be. For one, I’m not white. And I get reminded of my non-whiteness. All. The. Time. From parishioners asking if I speak Chinese or Japanese, to a volunteer assuming that the Chinese pastor walking in was looking for me, to people assuming that the Asian family that walked into worship was related to me somehow, to questions of, “Where are you from? But where are you really from?” and many more.

My identity was rooted in the Korean American Christian experience. It was who I was.

But I was beginning to realize that wasn’t the case.

This  —  the Korean American clergy ; the English Ministries in Korean churches — they were my home at one point, but it didn’t feel like it anymore.

At 3 a.m., after a long night talking about ministry, cultural identity, justice, and all the while going to town on all-you-can-eat Korean barbecue, I confessed to my hotel roommate, “I find myself being far more guarded here with the Korean American pastors than I ever was with the white folks.”

He felt the same way.

I couldn’t stop thinking about the conference after coming home. At times, I feel waves of sadness, like I’ve left a big part of me behind. Forever.

And I find myself repeatedly asking, “Who am I?” Ethnically, I’m Korean. Vocationally, I serve a predominantly Anglo church. But I don’t identify with either, culturally.

This identity struggle is prevalent amongst immigrant kids. We grow up wondering, what are we? American or Korean? Korean or American? When we really are neither. Because we’re too Korean to be American and too American to be Korean.

At the age of 36 teetering into 37, in the most diverse city in the United States (Houston), yet serving in a predominantly white church, I find myself asking the same questions I did all throughout my angst-ridden teenage years: Who am I, and where do I belong?

I find myself asking the same questions I did all throughout my angst-ridden teenage years: Who am I, and where do I belong?

Is there such a thing as Post-Asian American Evangelical Christian?

Because I think that might be where I’m dwelling, right now. Thankfully, I don’t think I’m alone. As someone who saw us convened in one place tweeted:

“The group of F’d up liberal Koreans still trying to please the Lord is small.”

Sure, we may be small in numbers. But we do exist.

There might be a need to minister to and be in community with those who have experienced the exodus from the first-generation church and have no place to call community. 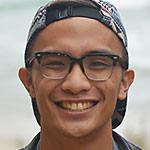