Me, Myself, and My Piano

There’s a “mascot” for my music: a nocturnal creature. It is often depicted by a silhouette of a raven. A nocturnal creature is a name I’ve given myself. The mascot not only describes my nature of staying up really late at night, but also describes the focus of most of my songs: loneliness.

I was born in a typical Korean family. My parents were happily married and I had an older brother who was seven years older than me. My brother and I grew up very close to each other, and unlike other siblings, we rarely got into arguments or fights. According to my parents, my brother never left my side from the moment I was born — he would change my diapers, carry me around outside, play with me, and cherish me as well as he could. Looking at the pictures we’ve taken together showing two little boys smiling so ridiculously, makes me wonder what those days were like.

Most of my relatives were living in America when I was little. My grandparents wanted me and my brother to study in the States mainly because they knew how competitive studying in Korea was, and how few opportunities actually existed in Korea compared to America. My brother was excited about coming to the States. I was only 5 years old at the time, and despite my adventurous personality, I was terrified by the idea of moving to a foreign country.

Despite my adventurous personality, I was terrified by the idea of moving to a foreign country.

After several phone calls and months of planning, my parents decided to move to Sacramento to live with my aunt and her family. I still remember my first day of kindergarten: I was surrounded by kids who looked so different and spoke English, which at the time sounded like a whole bunch of gibberish to me. I couldn’t help but feel incredibly overwhelmed, and I would burst into tears almost every day I was in school. My brother, who was 12 at the time, struggled with making friends and overcoming his own language barriers. However, unlike me, he was able to adjust fairly quickly.

A few months passed and I was still unable to adjust. I was stressed and absolutely despised going to school, forcing my mom to bring me back to Korea. My brother, however, did not want to return; he wanted to stay in the States. I foolishly believed that being in Korea would return things to normal, but the loneliness that my brother faced was affecting him.

My mom received a phone call from my aunt in Sacramento a few years into my return to Korea regarding abnormal behavior from my brother. My family quickly agreed to go back to the States to see him. When I saw my brother again, I realized he was really different. He seemed distant. He found me to be annoying, and oftentimes he would speak English to me, knowing that I couldn’t understand him, in order to make me leave him alone. He had changed, but my younger self was too foolish to see things from my brother’s perspective. I failed to understand that his heart had become cold from the loneliness he had to endure.

I failed to understand that his heart had become cold from the loneliness he had to endure.

I felt like I had lost my brother. He was no longer someone who I loved and looked up to. He would always be out with his friends, and if he wasn’t, he’d be home taking naps. We didn’t fight much because we tried to avoid each other while living in the same house. Around this time, I learned what it really meant to be an outcast. In school, kids didn’t want to associate with me because I was “different”. Although I was in middle school, I had a hard time understanding my teachers and the directions for my homework assignments. I would spend countless hours translating words on my homework with English-Korean dictionaries.

I didn’t understand why I was an outcast; other Asian kids seemed to be doing fine, except me. They didn’t care that I was getting picked on for being different. In their eyes, I was different as well, mainly because I wasn’t Korean American — I was just Korean. There were a couple of bullies who’d pick on me for speaking broken English, and eventually, I began to believe that was just the way it was supposed to be for immigrants who didn’t speak fluent English. I began telling myself that I was powerless. I was so sick and tired of being alone, I needed an outlet.

In their eyes, I was different as well, mainly because I wasn’t Korean American — I was just Korean.

One time, after letting everything out into a pillow, I felt so exhausted that I fell asleep on the couch. When I woke up, the sun had set and the whole living room was consumed by darkness and silence — I was still alone. I had a sudden urge to play the piano in the living room. Ironically, I didn’t have any interest in music at the time and I didn’t know how to play.

That was the first time I played an instrument to express what was within — it sounded horrible, but I didn’t care, I found it to be therapeutic. Each note my left hand played represented the struggles, hardships, loneliness, brokenness, and sorrows, and each note my right hand played represented hopefulness, a bright future, and my longing for everything to be all right. I prayed as I played; my eyes closed. I was in a different place in my mind. When I felt anger and frustration, I slammed on the keys, and when I felt peace and joy, I played the keys gently. That’s when I fell in love with music and discovered my own way of coping with separation and loneliness.

That’s when I fell in love with music and discovered my own way of coping with separation and loneliness.

From that day on, every time I wanted to talk to someone, I would run to the piano and just play it. I would sometimes catch myself sitting in front of the piano for hours, practicing how to speak its “language”. Music was my friend, and I didn’t feel so lonely anymore. Over the years, I began teaching myself how to play the piano.

As I became a better piano player, everything began to change for the better in my life. I was blessed to make a few close, genuine friends, and by the time I was a freshman in high school, speaking and understanding the English language was no longer a big problem for me. Though my grades remained mediocre, I gained confidence, I gained friends who genuinely cared for me, and I found a Christian community that I was welcomed and accepted in.

More than a decade later, I still think about those days. The day I discovered my gifts in music, the day I learned to talk to my mom’s piano. When I became a sophomore in high school, I started to record the songs I was writing or playing. My close friend from church suggested that I upload my music on YouTube and share my talents with the world.

While I was skeptical at first, I decided to do so under the name “Elyon”. Elyon comes from “El Elyon”, which is one of God’s names in the Hebrew Bible, meaning, “God Most High”. I took the word Elyon as a reminder to myself of someone who’s experienced rejection, separation, loneliness, and brokenness; the name Elyon also serves its purpose of reminding me that music is one of God’s greatest gifts to mankind and to use my talents, to deliver hope to people and build people up.

It is a reminder of who I am today, molded and constructed by the pain and brokenness of my past as a young Korean immigrant. Elyon’s music is a testimony of finding the path of healing and grasping onto hope in the midst of brokenness.

Elyon’s music is a testimony of finding the path of healing and grasping onto hope in the midst of brokenness. 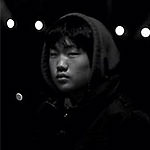 Jung Kim was born and raised in Busan, South Korea, and immigrated to the States with his mother when we was 10. He is currently majoring in chemistry to pursue his dream in becoming a pharmacist. Through music, he is actively sharing his stories of what it means to cope brokenness with hope which comes from God’s love.