No More Teachers, Still Some Books

What if schools didn’t use grades anymore?

Part of 8 of in
by Uriah Lee with Jason Chong
PHOTOGRAPHY BY ALISA WONG
Jun 01, 2016 | min read
Part of 44: What If?
7 Snaps
7 0 Snaps
Oops! Something went wrong while submitting the form.

For roughly 12 years of their early lives, young people are held to the standard of school grades as the main measure of their success and worth. Take that away, and then what would it mean to be a good student?

I HAVEN'T RECEIVED an A since I was 13 years old. It's not because I'm lazy or that I'm unintelligent — I work hard in school, and I'm looking forward to attending college next year.

My school district took grades away from its school system five years ago; this new method is supposed to shape a different type of classroom experience that produces more well-rounded students. My poor Indian parents, they don't know what to ground me for.

This new method is supposed to shape a different type of classroom experience that produces more well-rounded students.

I remember when they first announced this new system — it felt like I suddenly didn't know who I was or what I was about. I was only in seventh grade, but the Asian American culture of grades, success, and status was already embedded in me. Friends and I would peek at each other's papers to see who got the best grade, or we'd commiserate in after-school academies about life as we knew it.

I wasn't necessarily the "most intelligent". But school was a game, and I knew how to play it.

I'm not good at math (a fact that causes my engineer dad to bemoan my existence). But somewhere between learning how to solve fractions and ratios, I realized that I didn't actually have to understand what I was being taught — all I really had to do was ask my teachers the same golden question: "What do I need to do in order to get an A in your class? How about an A on this assignment?" Without fail, teachers would answer me in the form of a rubric, a checklist, a formula. All I had to do was follow their instructions to be a straight-A student, be acceptable to my Gujarati family, and earn popularity with my friends.

So imagine when the principal announces that our school district was implementing a new system of learning into our classrooms. While I was busy feeling insecure and anxious, my parents were furious. No grades? How could universities, let alone Ivy League schools, accept me when I didn't even have a GPA? How would they translate a Pass/No Pass system? My mom got a group of parents together (interestingly enough, almost all first or second generation Asians) to make plans to take us out of such a ludicrous environment.

No grades? How could universities, let alone Ivy League schools, accept me when I didn't even have a GPA?

The principal got wind of this, and urged our parents to stay calm without making hasty decisions. She explained that this progressive educational style was actually in response to changes being made on the university level; hence, other things needed to adapt accordingly. A number of professors came to a parents' night to explain that their collegiate students were shockingly poor at writing and thinking critically. They wanted to reshape the way students learned early on in their education, so the students would be better prepared to execute college level work; my school district became one of their first partners.

You'd think that a 13-year-old girl would love a no-grade system. But like I said, I had figured out how to work the system, and this was uncharted territory for me.

I had figured out how to work the system, and this was uncharted territory for me.

Over the next few months, we took a multitude of different tests — not the academic tests that I knew how to study for. These were personality tests, multiple choice tests, written tests — really, it felt like we took any and every test that was ever created. The purpose of these tests was to see what each individual student's strengths and weaknesses were, what they were passionate about, and what content area or career they would thrive under.

After analyzing my test results, I was placed in a literature and creative arts cohort. While I was secretly relieved, this caused quite an uproar in my home. My dad was infuriated, and terrified that I would never be exposed to the beauty of mathematics and the wonder of science ever again. He blamed my artfully-minded mother for influencing me, and blamed himself for not forcing me to take more after-school math classes. Thankfully, we found out that I would still be taking basic fundamental courses — including math and science. The goal was actual understanding and mastery of a skill; it didn't matter how long it took, and there would be no grade, because it was about cultivating a growth mindset.

Cohorts were a little different. On our first day, we were assigned to read William Golding's "Lord of the Flies" — a standard piece of literature. But to my horror, our teacher, Mrs. Cook, explicitly stated that she wouldn't be teaching us; no lessons on symbolism, theories, or literary components. Instead, she'd be facilitating our learning as we embarked on a project to investigate the topic of human nature, and how it was portrayed in the novel. The task was open-ended: We could create our own rubric for the assignment and present our research using any medium we found fitting.

I was completely lost — I didn't know where to start or how to begin. So, like a good student, I approached Mrs. Cook and asked a variation of my tried-and-true question: "What would you like me to do for this assignment?" When she just repeated what she had told the class, I changed my request: "Would it be possible if you could just give me a project to work on?" She looked at my worried face and responded with this gentle question: "What do you personally want to explore in the novel?"

I was completely lost — I didn't know where to start or how to begin.

I began to reflect on the way I interacted with the story. I began to see messages of human nature that Golding had weaved through his text — the good, the bad, the beautiful, the ugly. Without teachers feeding me what to think, I began to notice similar patterns in my own life, on the news, and in the hallways at school. My curiosity was piqued. With Mrs. Cook's permission, I decided to make a documentary on the true nature of humans in society.

It was difficult: I had to learn how to produce a documentary, conduct interviews, present information, and analyze evidence. But as the weeks passed, my excitement and curiosity grew. I looked forward to go to school every day, knowing that I was working on my own personal project. My classmates felt the same way — we were all given the space to be the directors of our own learning, and we were all working on a project that interested us. When we got stuck, our teachers guided us on how to find our way out; we were shaped to be solution-oriented, and encouraged to find methods that worked for each individual learning style.

My parents struggled to understand how my project constituted as "education". I worked on my project when I was at school, and when I came home, I'd be on the computer researching articles, scribbling notes in my journal, or watching documentaries to glean more information on how to execute my project. My parents didn't see the value in what I was trying to create — even when I shared my learning objectives with them. Their objections rose when I began to hit obstacles in my project.

My parents didn't see the value in what I was trying to create — even when I shared my learning objectives with them.

At the end of the day, I was unable to attain the equipment I needed to produce my documentary, and never got to produce my project. I was frustrated, but Mrs. Cook helped me realized that in the process of gearing toward production, I had accomplished every single one of my learning objectives — I had composed arguments, practiced public speaking, and through my interactions with others, I had learned a lot about human nature.

My school, teachers, and classmates didn't see me as a failure just because I didn't produce the documentary — they saw me as an example of success, since I gained new skills from this entire endeavor.

In a traditional high school model, I probably would have received an F. But in this setting, my "failure" was a victory, because I still demonstrated perseverance and gained many other skills. Is this what learning actually is? My definition of success has changed — it's no longer based on grades, salary, or status. Frankly, without grades, I can't really tell if I'm doing well or not. "Well" according to what? Or whom? 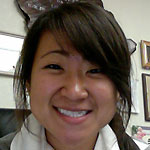 Uriah Lee was born and raised in the Bay Area, but moved down to Southern California. She is currently a high school English teacher in South Central. She is passionate about loving and advocating for the marginalized and the forgotten, so that they may know their worth and empower their own communities. 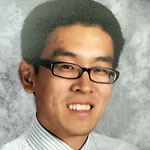