Nothing Can be Gained in a Broken System

IN 1991, then United States Surgeon General C. Everett Koop asked me and my fellow graduating medical students to raise our right hands and repeat the Hippocratic Oath.

“I will follow that system of regimen which, according to my ability and judgment, I consider for the benefit of my patients, and abstain from whatever is deleterious and mischievous.”

In the nearly 25 years since then, and despite all of the amazing medical advances, I have found our medical system to be far too deleterious and mischievous for my patients. I have witnessed too many patients of mine go bankrupt from medical bills while cancer ravaged their bodies. I have seen too many of my patients patients being denied necessary tests and treatment by insurance companies. And I have seen too many uninsured or Medicaid patients with advanced incurable cancer simply because they did not have timely access to a doctor.

I have found our medical system to be far too deleterious and mischievous for my patients.

In his 1966 speech to the Medical Committee of Human Rights, Martin Luther King, Jr. said, “Of all the forms of inequality, injustice in health is the most shocking and inhuman.” Sadly this inequality is worse now than it was back then.

Even with the positive strides achieved by the Affordable Care Act, we still have a health care system in which 45,000 people die each year in the U.S., simply because they are uninsured.

We still have a country where 70 percent of all uninsured come from communities of color. Despite the fact that we spend twice as much per person on health care than any other industrialized nation, we still have a system where nearly 1.2 million people with insurance go bankrupt each year due to a major medical illness.

70 percent of all uninsured come from communities of color.

We still have a health care system that does not cover our undocumented brothers and sisters. And we still have a system where too many doctors perform unnecessary medical procedures, too many hospitals charge obscene fees for goods and services, and too many pharmaceutical companies gouge patients for their lifesaving drugs.

In the meantime, the biggest for-profit health insurers continue to unfairly raise premiums, make record profits, and watch their stocks hit all-time highs, all the while maintaining a perverse system that only makes money by denying care.

I found myself spending more and more time on the phone with insurance companies on behalf of my patients, fighting for the care they deserved and needed. I saw the emotional and economic toll that cancer took on my patients. I witnessed far too many of my patients sacrificing their lifesavings, selling their longtime homes, and making painful decisions about what to give up in order to pay for their rapidly escalating premiums, co-pays, medications, and deductibles.

I reached out to pharmaceutical companies to see if my patients could get samples or greatly discounted drugs, and I worked closely with social workers to find suitable support when patients reached their economic limits.

But I realized that for every one patient that I could help, there were thousands elsewhere that were falling through the cracks.

For every one patient that I could help, there were thousands elsewhere that were falling through the cracks.

While my medical practice afforded me a very comfortable life, I felt a lot like Solomon when he wrote Ecclesiastes.

“Yet when I surveyed all that my hands had done and what I had toiled to achieve, everything was meaningless, a chasing after the wind; nothing was gained under the sun” (Eccl. 2:11 NIV).

All my own financial and professional success could not mask the overall brokenness I saw daily in our health care system.

I was becoming more and more depressed, seeing the daily toll that this broken system was taking on my patients and the countless others who could not even see a doctor. I came across this story:

“On a street corner I saw a cold shivering girl in a thin dress, with no hope of a decent meal. I got angry and said to God: ‘Why did you permit this? Why don’t you do something about it?’ God replied, “I certainly did something about it. I made you.”

It was then that I realized I could no longer silently participate in this broken system without trying to make a real difference. For the first time, I felt a real calling to fight for a better health care system for all. In the years since, I have dedicated my life to doing just that.

I could no longer silently participate in this broken system without trying to make a real difference.

Like someone trying to find a cure for cancer, I learned as much as I possibly could about health care in the U.S. and health care in all the other major industrialized countries. I began this study with no preconceived notions, but simply immersed myself in copious amounts of published data and studies and sought out opinions from numerous leading health care leaders.

After this extensive education, I felt very comfortable speaking throughout the U.S. about what was wrong with our health care system and how we could improve it. I immediately found myself at odds with most in the medical community, who were quick to defend the status quo, including Dr. Ron Paul, who I debated on Larry King Live in the run-up to the Affordable Care Act.

I immediately found myself at odds with most in the medical community, who were quick to defend the status quo.

Many do not want any change that will threaten their way of life, even if it will improve the lives of countless others; this is unfortunate.

I believe that our current health care system oppresses far too many for us not to do anything. I also think that Acts 2:44-45 shows that we as a society are all in this together:

“All the believers were together and had everything in common. They sold property and possessions to give to anyone who had need” (NIV).

In the years since I answered this call, I have spoken at countless health care conferences, to numerous community groups, and have emerged as a voice to counter those who not only think nothing is wrong, but also that we have the best health care system in the world.

I was fortunate to serve as a visiting fellow on health care policy in the California Department of Insurance and was a leading voice in trying to achieve insurance rate regulation in California.

I have always believed that we are defined as a society by how we care for the least among us as Matthew 25 describes.

I have always believed that we are defined as a society by how we care for the least among us as Matthew 25 describes.

That is why I continue to fight for those without a voice, especially when it comes to health care.

Two years ago, I took over as the leader of the Courage Campaign, an online organization with over 1 million members who advocate and fight for a more progressive California and nation. I serve on a purely voluntary basis, which has forced me to cut back on my hours as a physician. And while I now make less as a doctor than I did at any point of my career, I feel that I am also helping more people than ever before, and for this I feel extremely blessed to do what I do.

I will not hesitate to call out those who hijack facts to defend their ideology and especially those who distort what I believe God calls us to do.

I pray that more and more brothers and sisters will feel a similar calling. There is still far too much health care injustice to remain silent. 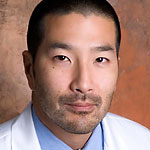 Paul Y. Song, M.D. is a physician, healthcare activist, and biotechnology executive. He is on the faculty at the Samuel Oschin Cancer Center at Cedars Sinai Medical Center and is the Chief Medical Officer of ATGen Global. He is also the executive chairman of the Courage Campaign, a progressive online organization, and the co-chair for a Campaign for a Healthy California.