Pleading Guilty Because of Jesus

My family arrived in Houston, Texas after fleeing Cambodia and Vietnam in the mid-70s. We had lived in Cambodia, Vietnam, and Thailand, but it was difficult to cope with having to begin our lives again in a new land.

My father, in particular, had an especially hard time. A former soldier in Lon Nol’s army, he had a violent temper that often meant trouble for my older siblings. They would receive the brunt of my parents’ anger through physical abuse. My mother’s temper was not much better, creating family divisions. My siblings all sought to leave the house as soon as they could, however they could. Chanda, my fourth-oldest brother, decided the best way for him to get out of the house was by joining a gang.

My fourth-oldest brother decided the best way for him to get out of the house was by joining a gang.

It was the popular thing to do for young, urban, poor, teenagers in the 90s in Fresno, California. Initially, I wasn’t too impressed with his decision because being a gang member was not something I was into at the time. But, as the baby brother, I looked up to him. In many ways, it was the perfect opportunity, since our parents had no clue about our daily activities. Even if our schools called, our parents spoke limited English and would not dare go to our school because they would be too ashamed or afraid to ask the administration about their kids. With some peer pressure from my brother’s friends, I too, got initiated into the gang in 1992 at the age of 16, even though I initially didn’t want any part of the gang life.

Every day, I was up to no good. If we were not hanging out, drinking alcohol, or smoking weed, we were looking for people to rob to support our habits or rivals to fight. The gang suited me well because it was a unit that allowed my anger to dictate my actions. Whoever was willing to do all kinds of things for the gang was considered “down for the hood”.

Our anger was often directed toward white people, since Americans and Southern Vietnamese fought alongside each other against the North during the Vietnam War. I thought that all Caucasians were the same: full of ignorance and hate, and it didn’t help that our family experienced discrimination in schools and our neighborhoods. Students would call us “Chopsticks” and “Chink” and remind us that we should go back to our country because we were not wanted here. I was hurt and angry and could not comprehend why white people were so mad at me.

The gang life was an outlet for all of my anger and hate — and it allowed me to take it out on the city of Fresno and anybody who did not belong to my gang. At the same time, I started to get heavily involved in Buddhism, as a few of my friends and I started to go to the Buddhist temple on a regular basis just so we had something to do. As Cambodians, Buddhism was a part of us — I regularly saw my mother and the elder Cambodians lighting three sticks of incense and muttering a few words, then sticking the incense in a cup full of rice to hold them in place. But I had an additional hidden agenda. I went to the temple in hopes of doing good things on temple grounds so that my sins could be forgiven.

I went to the temple in hopes of doing good things on temple grounds so that my sins could be forgiven.

In November 1993, during the peak of my gangbanging days, I was involved in a crime where a former rival gang member was shot to death in a drive-by shooting. I would end up going to jail and face 30 years to life for the incident. Right away, I turned my attention to Buddha, hoping that he would somehow help me out of the mess I had gotten myself into. My concept of Buddha at that time was that if you needed something, or if you were in a jam like I was, you pray to him and hope that he answers your prayers. I thought that this was the end of my life.

For the first time in my life, aside from the times I went to church as a kid and a teenager, someone would tell me about Jesus — a Christian incarcerated brother by the name of Gabriel DeHerrera. I gave him my attention but told him that I was committed to Buddha. I was skeptical, because I thought Jesus was only for white people — every drawing or picture I ever saw of Jesus always had blond hair and blue eyes. I even made a pledge to my other Buddhist friend in there that if I got out of this jam, I would go to the temple and temporarily become a monk for a few weeks or months. Brother Gabriel respected my beliefs and never forced Jesus on me.

I was skeptical, because I thought Jesus was only for white people — every drawing or picture I ever saw of Jesus always had blond hair and blue eyes.

Then one night, after reading a series of books that contained testimonies about people committing similar crimes as I had, I noticed that they had a common theme: they all ended up giving their lives to Christ. A seed was planted in me that said, “If they did commit all these sins and God still loved them and accepted them, He could love me and accept me just like He loved and accepted them.”

In county jail, you’re limited in the type of activities you can engage in: watching TV, playing cards, exercising, writing letters, or reading books. Books became my pastime. There was a chaplain who came around to distribute books. The books that he brought to us were about individuals who had rough upbringings like mine, eventually got locked up, and gave their lives to Jesus Christ. I couldn’t get enough of those books because they lifted my spirits and gave me hope.

But one night I couldn’t fight my skepticism any longer. I read a book that had Bible verses in the beginning of every chapter: “You did not choose me, but I chose you ... ” (John 15:16 NIV). After reading that verse, I heard a voice say to me, “Give your life to God.” I thought to myself, “I cannot give my life to you, God — I am a Buddhist.” I ignored the voice and got back to reading my book. But I heard the voice again telling me to give my life to God.

I closed the book up again, but this time, I said, “Alright. You must be the one true God for you to tell me to give my life to you a second time.” So I walked over to the brother who witnessed to me about Jesus, woke him up from his sleep, and told him, “I want to give my life to God.” We prayed, and since that day in March 1994, I was a new creation.

But I still had to deal with my case. I was facing 30 years to life, and I knew that I was guilty. Though I was not one of the shooters, I was in the car and I was the one who gave the go-ahead to do the shooting. I started to read the Bible and seek guidance from God. I came to a point in my young faith journey that I knew if I wanted to serve Christ, it had to be in truth. I knew I was guilty and I could not take my case to trial even though I may have had a good chance. There was no physical evidence and no known witnesses from the party that wanted to testify against me.

The verse that convicted me to sign a guilty plea was John 4:24, “God is Spirit, and those who worship him must worship in spirit and in truth” (NKJV). My mother obtained a lawyer, hoping that I would be able to win the case at trial. With this newfound faith, I felt compelled to sign the plea bargain for 15 years to life, and was “committed” to the California Youth Authority (CYA); I would be out by my 25th birthday instead of also having to go to prison.

At CYA, I received my calling to preach. I sat in on a service in January 1995 and was blown away by a young preacher. Little did I know that the preacher was also an inmate. The chaplain allowed him to preach and discipled the young man along with a bunch of other young men. I thought to myself, “If God can use him, he surely could use me.”

I was released from incarceration on October 17, 2001. I was incarcerated for seven years and 10 months. My release meant facing the reality of returning to Fresno; it meant facing my past and the memories that landed me in my circumstances to begin with. With my newfound faith stronger than ever, I was determined to help those who were stuck in the life that I had once lived.

I have followed the call from God into preaching, currently serving as the Associate Pastor of Youth and Families at North Fresno Church-Mennonite Brethren. My hope is that the young people I serve would come to follow Jesus and lead others into a relationship with Him. 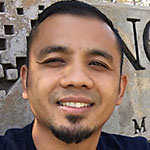 Vanna In is a proud husband to wife Marly of 13 years and three children. Grateful to be serving God in current role as youth pastor at North Fresno Church MB. Passions: family, food, football and basketball,