Pride, Shame, and Other States of Being American

Part of 2 of in
by Philip Silao
ILLUSTRATIONS BY NATHALIE LLEMOS
Nov 01, 2016 | min read
Part of 49: Borders
68 Snaps
68 0 Snaps
Oops! Something went wrong while submitting the form.

MY HEART SWELLED with pride as I ran closer to the Marine Corps War Memorial. The sculpture of brave men raising the American flag on Iwo Jima, Japan was too much for my one-sided, American history-infused heart to bear. As I gazed at the image in front of me, I felt as patriotic as John Philip Sousa and as powerful as Frank Underwood; I felt whiter than the rice I had eaten for breakfast that morning — I was proud to be an American.

After all, I grew up with a life starkly different from what many immigrants have known. I'm the son of two Filipino immigrants who have benefited from the American education system — my dad is a doctor, my mom a nurse. My lolo (grandfather), on the other hand, was a rice farmer in Ilocos Norte, Philippines.

I'm the son of two Filipino immigrants who have benefited from the American education system.

Because my grandpa chose to immigrate and overcome obstacles so many years ago, I was given the privilege of having opportunities. I was able to graduate from the University of California in Los Angeles; I had the space to dream of becoming the Filipino American version of Indiana Jones — that is, an adventure seeking professor who would get to regularly travel and interact with other cultures.

As I felt this surge of Americanness at the base of the memorial, I recalled the memory of my great-grandfather, Lolo Antonio de Guzman, and felt incredibly thankful for what America has done for my family. Lolo Antonio was a respected councilman in the town of Aparri, Philippines, but was executed by the Japanese during World War II. If the United States had not come to the aid of Filipinos, many more of my family members would have been executed.

If I had left the memorial at that point, I would have been flying as high as a kite for the rest of the day. However, a surprise bagyo (hurricane) of truth headed my way. I moved closer to the monument to take a picture, but did a double take when I saw the words inscribed on its side: "Philippine Insurrection, 1898-1902".

evening of february 4, 1898. opening gunshot of the battila of manila.

Corporal Anastacio Felix of the 4th Company, Morong Battalion, clutched the area where the bullet had entered his stomach as he ran frantically back to the Filipino line. After a short distance, his legs gave way and he fell hard into the Manila dirt.

As he laid on the dirt, his mind rushed to remember the three things he loved most — food, family, and freedom.

Looking at his wounded stomach with a surprising level of disinterest, he thought of his favorite meal, kare kare (oxtail in peanut sauce), white rice, and lumpia (egg rolls). He wryly chuckled to himself, "My wife would kill me if she knew that food was the last thing I thought about before I died." Anastacio loved his wife and his son more than anything in the world. Even in his damaged state, he could see their faces more clearly than the blood that pooled around his torso.

Freedom was his third love. Anastacio would often jokingly tell his wife, "I love you, my wife, but I do have a mistress — her name is Freedom." He had fought for Freedom for the last three years, which seemed like an eternity. Because he loved Freedom, he knew her brother, Pain, well, too. Sometimes, it seemed as if he knew Pain better than Freedom.

Sometimes, it seemed as if he knew Pain better than Freedom.

The Spanish had colonially oppressed the Filipinos since the early 1500s. Anastacio wanted his son to grow up in a different world, so he fought in both the Philippine Revolution (1896) and in the Spanish-American War (1898).

When the American military arrived as allies against the Spanish, Anastacio was both amazed and relieved. Their technological prowess was incredible — it seemed like every soldier had a gun! He also knew that America had been founded through revolution. Since America had freed itself from the British, Philippine independence from Spain was surely just around the corner.

Since America had freed itself from the British, Philippine independence from Spain was surely just around the corner.

But recently, Anastacio had heard disturbing news — the Treaty of Paris, which effectively ended the Spanish-American War on December 10, 1898, included a stipulation that transferred the Philippines from the Spanish to the Americans for $20 million ... and now he had a bullet in his stomach.

As his breathing grew more ragged, his friend, Corporal Processo Alsaybar, from the town of Nasugbu, Batangas, quickly grabbed him under his shoulders and began dragging him back to the line. Processo was strong, and his backpedaling was efficient. Feeling the newfound safety and comfort of his kuya (older brother), Anastacio woke up from his disinterest and began to wail, "Kuya, I don't want to die! We've won already! Why did they shoot me?!"

Processo tried his best to comfort him. "You won't die, you'll live, we are free now, remember? It was just a mistake. We are free."

The last thing Corporal Anastacio remembered was the sound of an American soldier yelling, "I think I killed one but there's one more! Get those two niggers!"

Processo had no time to mourn or continue reassuring Anastacio. He grabbed Anastacio's gun, for he didn't have one of his own, and continued to fight.

Soon after, the First Philippine Republic was formed in opposition to the Treaty of Paris and the American oppressors. The Philippine-American War (1899-1902) was underway. The Filipinos bravely resisted for three years against a technologically superior American force that had pledged to help, protect, and serve them. Over 200,000 Filipino soldiers and civilians were killed. Over 300,000 were forced into overcrowded, disease-ridden concentration camps where torture and execution were normalized. Three decades before Nazi Germany, more than 8,000 Filipinos died in these forgotten concentration camps at the hands of Americans.

Three decades before Nazi Germany, more than 8,000 Filipinos died in these forgotten concentration camps at the hands of Americans.

I majored in history at UCLA, but did not learn about the "Philippine Insurrection" conflict until I took an optional elective specifically on Philippine history — a troubling implication of western education's continual colonization of the Asian American mind.

I ran away from the memorial. I knew my history — to call it "Philippine Insurrection" was a lie, engraved on this monument to cover up the generational sins of a nation that has yet to repent for a great betrayal. As this bagyo of truth subsided, I realized that my short experience at the memorial was a condensed version of the Filipino American identity journey that I, and many others of my kapwa (community), will travel for the rest of our lives.

And yet, I am ashamed to be an American.

I am ashamed of all of the histories, for all the tribes, nations, and peoples that are overlooked. I am ashamed that racism still plagues this country; that the generational sin that shot and killed Corporal Anastacio over 100 years ago still shoots, kills, and forgets murdered Black and Brown Americans in our own streets today. I am angered and grieved, and wish that the Bride of Christ would lead our nation into repentance, and would follow our beloved Jesus to peacefully assuage the anguish of a nation that is longing for a decolonized faith and a redeemed history.

I am ashamed of all of the histories, for all the tribes, nations, and peoples that are overlooked.

A Filipino proverb says, "A person who does not remember where he came from will never reach his destination." In order to prevent further injustices against Asian Americans, we must hear and respond to God's voice that invites us to learn about our histories — a voice that lovingly invites us to have a posture of learning. We must tell our stories, lest they remain untold. And most importantly, we must do this out of the overflow of love that we receive from Jesus. Only in His presence do we find the only island of wholeness in a sea of dissonance. 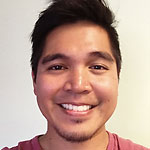 Philip Silao graduated from the University of California, Los Angeles in 2012, majoring in history and minoring in geography. He currently works for InterVarsity Christian Fellowship at Pasadena City College and Glendale Community College. In his spare time, he likes to eat, write songs, go to museums, and spend time with his family.