Embracing other ethnicities meant first embracing her own ethnic identity.

In the weeks following the nonindictment grand jury decisions on the police officers who shot and killed Michael Brown and Eric Garner, I had the opportunity to participate in a “Black Lives Matter” demonstration at the University of California, San Diego (UCSD). I stood alongside over one hundred other students, staff, and community members in solidarity with the Black Lives Matter movement catching fire across the country.

How did I, a second-generation Korean American campus minister and mom of a toddler, suddenly become a face for the Asian American community in the fight against the systematic dehumanization of our Black brothers and sisters?

Social psychologist Christena Cleveland wrote that one of the five crucial steps in becoming a racial reconciler is to know and embrace your own racial identity. Instead of ignoring racial or ethnic differences and “not seeing color,” she says that “we’re meant to identify and embrace them so that we can know how our identities uniquely contribute to the larger puzzle of the family of God.”

This is the story of how God took me through the process of exploring and embracing my identity as a Korean American and Asian American woman and how that led me to my commitment to racial reconciliation and justice.

Before coming to UCSD, I grew up in Cupertino, California, where I was usually surrounded by people of Asian descent.

I attended a Korean church, had Asian American friends, and lived in a city where Asians were becoming the majority. I didn’t really think too much about what it meant to be Asian or Asian American other than that it meant you weren’t white. So I didn’t really come into college pondering any questions about my own ethnic identity, and I especially wasn’t entertaining the question of what God had to do with it.

At UCSD, it was through my time with the campus ministry, InterVarsity Christian Fellowship, that the Lord began to awaken me to my ethnic identity and His heart for multi-ethnicity. I participated in a summer mission project to Mexico where I learned about God’s heart for the world, justice, and the least of these. I came back from this project completely transformed. And my life would not be the same.

I quickly dropped all my science classes (I was a biochemistry major) and signed up for classes that interested me more. As the child of Korean immigrant parents, this was possibly one of the worst things I could have done. My parents were very unhappy (to put it lightly), but I still sensed God’s urging and kept going. I ended up taking two ethnic studies classes and fell in love with what I was learning. I felt like the box that had been surrounding my brain and heart had been shattered, and I simply could not go back.

I changed my major to Ethnic Studies, which was definitely a huge risk for me. I was one of the few students of East Asian background and also one of the few followers of Jesus in the program. I was becoming more educated and aware of the social and racial injustices in our country, especially those affecting the Black and brown communities.

I was also deeply challenged in my faith, especially when I constantly heard about the injustices done by so-called Christians in the name of God. Faith and racial issues were presented as two completely separate entities. I probably could have stopped following Jesus if it wasn’t for the Lord’s grace on me and His revelation through His Word that He is a God who not only cares about racial injustice but is also actively doing something about it.

The Lord began to show me the significance of my Korean American identity. I realized that I had been carrying a lot of shame related to being Korean American. I believe that there is a side of brokenness and also a side of redemption in every culture, but I would only focus on the negative aspects of being Korean.

I was seen as a “bad Korean daughter” by going against my parents’ wishes and changing my major. But as I continued to engage in difficult conversations with them, I also began to learn more of my parents’ own stories. They had grown up in significant poverty after the Korean War ended and endured suffering that they never wanted their own children to experience. My dad had been part of the college activist movement in the 1970s that worked to bring down the military dictator in South Korea. He even had to hide out for a couple months because the police were after him!

There was something about learning more about my parents’ history and the history of my people that made me realize how much their stories are part of me. Their stories and struggles began to shape me and my understanding of what it means to be Korean American in this country.

In my ethnic studies classes, I also learned more about Asian American history and how my story as an American of Asian descent is now part of that history. This process of knowing more of my ethnic identity as a Korean and Asian American woman was crucial for me as I stepped into God’s purpose for me in cross-cultural spaces.

After graduating from UCSD, I began full-time ministry with InterVarsity and was part of planting a ministry at San Diego City College (SDCC), an urban campus made up of predominantly Black, Latino, and Southeast Asian students. I was one of the few East Asian Americans you would see walking on campus. Being in constant displacement in my ministry context made me even more aware of my uniqueness as a Korean American. Instead of trying to be someone I was not, I embraced who I was as a Korean American, recognizing moments of cultural misses and miscommunication, but also the gifts that I brought to the table.

Doing ministry at SDCC also gave me a personal experience with the issues of racism and systemic injustice that I had learned about as an undergrad. These were no longer just issues I had learned in a classroom setting; this was real-life stuff that was affecting the day-to-day lives of students.

After five years at SDCC, I transferred back to my alma mater, UCSD, where I am currently doing ministry with InterVarsity. A couple years ago, I started praying that the Lord would raise up a student leader to plant a Black Campus Ministry (BCM is InterVarsity’s ministry reaching Black students on university campuses) at UCSD.

When you walked down the main walkway on campus during the first week of school, you would see table after table of Christian fellowships specifically for Asian or Asian American students, but there was a significant lack of Christian spaces specifically for Black students. UCSD also has had a recent history of racially charged incidents beginning in February 2010, when an off-campus party called the “Compton Cookout” was hosted to mock Black History Month. In a matter of weeks, a KKK-style hood was placed on the UCSD mascot statue and a noose was found in the library. Since then the campus has not been known as the most welcoming space for Black students.

I was surprised at how quickly the Lord heard my prayers but that same year, a Black student and I began meeting up to pray about starting a BCM at UCSD. She and another Black freshmen began planting a BCM Bible study the next year and we are now in our second year as a ministry of Black students at UCSD. I work as the main staff worker partnering with the BCM student leaders in growing this ministry on campus.

Doing ministry with BCM has been God’s grace to me. I believe walking in my ethnic identity with the Lord is what has led me to this commitment to seeing Black students transformed by the love of Jesus and empowered by the Spirit to be missional and Kingdom leaders. The Lord’s work in awakening me to my ethnic identity and racial injustice in this country is also what led me to participate in the Black Lives Matter movement and that campus protest that day.

In the beginning of this movement, there were very few Asian American voices, but we are seeing more Asian Americans awakened and rising up to fight alongside our Black brothers and sisters (though I do believe we need to see more).

As a Korean American woman, I can easily function out of my privilege and choose not to engage in the pain experienced by those in the Black community. But my direct work with BCM and relationships with the BCM students compel me to not disengage. This is why I choose to make my voice heard when and where I can, not just on social media but at protests fighting against the existing injustices in our justice system that disproportionately targets those in the Black community.

The Lord’s work in my ethnic identity journey has gone hand in hand with my commitment to racial reconciliation and justice because I believe in God’s multiethnic kingdom vision proclaimed in Revelation 7:9, as the apostle John saw “a great multitude that no one could count, from every nation, tribe, people and language, standing before the throne and before the Lamb” (NIV). In many ways, this vision is not yet a reality in our world, but in the meantime, I choose to be as faithful as I can to walk alongside our Black brothers and sisters in seeing God’s kingdom fully in our world.

Tags:
Black Lives Matter
Read the rest of the series
No items found.
36 Snaps
36 0 Snaps
Oops! Something went wrong while submitting the form. 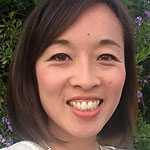 Anna Sun has been in full-time ministry with InterVarsity for 10 years and is currently the associate area director of the San Diego Coast Area, where she primarily works with the Black Campus Ministry (BCM) at UCSD. She and her husband hope to raise their son to embrace his pan-Asian ethnic identity as a Chinese-Korean American. You can follow her on Twitter @AnnaSun817. 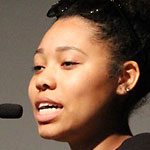 Alexis Hithe is a Visual Arts (Media) major at the University of California, San Diego. Combining her creative skills and passion for social justice, her work explores themes like time, memory, relationships, and identity. Growing up in the lower-middle class of southern California’s high desert has influenced her conflicted desire to change the world and enjoy the world at the same time.